Earth Speakr is a new interactive artwork by artist Olafur Eliasson that amplifies kids’ views on the future wellbeing of the planet. The artwork invites adults and today’s decision-makers, change-makers, and global leaders to listen up to what kids have to say. Earth Speakr uses augmented reality and includes a free app and an interactive website available in the 24 official languages of the European Union. Eliasson created the artwork on the occasion of the German Presidency of the Council of the EU 2020.

Earth Speakr invites kids across the continent to collectively create an artwork by speaking up for the future of our planet.

An initiative by Icelandic-Danish artist Eliasson, Earth Speakr – which comprises an app, a website, physical presentations, and more – forms the central component of the cultural programme on the occasion of the German Presidency of the Council of the EU 2020. The artwork is funded by the Foreign Federal Office and realised in cooperation with the Goethe-Institut. Earth Speakr is free-of-charge and promotes collaboration and reflection between people of all ages across Europe on climate change and the future of the planet. 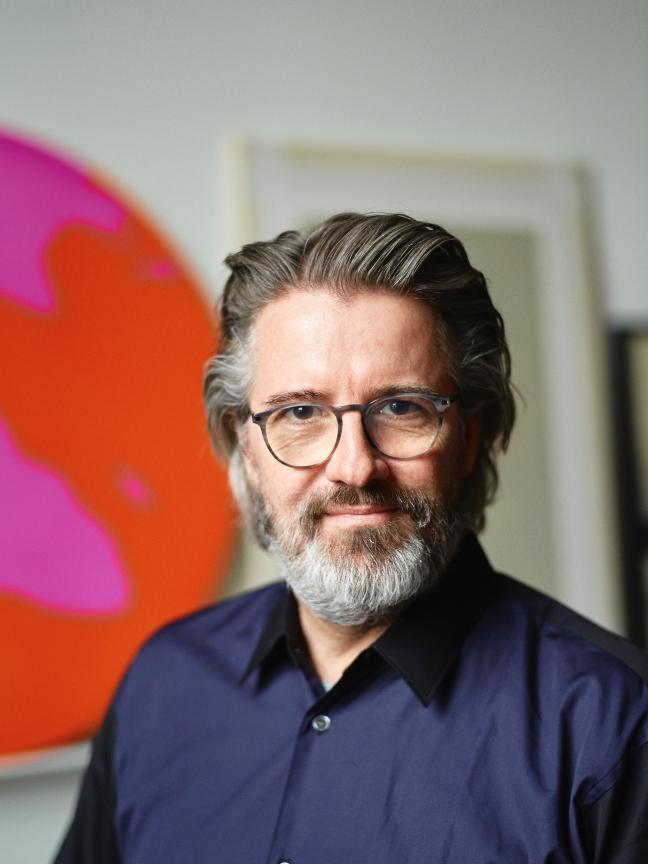 Over the next six months, everyone can download the Earth Speakr app and animate their environment using playful interactive technology. Kids and young people below the voting age can choose to take part by giving their voice to anything – a tree, a banana peel, the sky, or the street  – and speak up for their local surroundings and for the planet. Their creative messages are shared on www.earthspeakr.art and experienced on the app via Augmented Reality (AR).

“Earth Speakr is a collective artwork that invites kids to be artists. What Earth Speakr will become depends on the Earth Speakrs – their creativity and imagination. The artwork is made up of their thoughts and visions, concerns and hopes. What they create can be playful and whimsical, serious, or poetic. There is no right or wrong, and it is easy for everyone to take part. Earth Speakr invites kids to speak their hearts and minds and participate in shaping our world and the planet, today and in the future,” said Eliasson.

“Children are usually expected to be attentive in school and follow rules. But now it is our turn, as adults, to listen to what young people have to say. In Earth Speakr, Eliasson gives children a unique opportunity to creatively and thoughtfully come up with ideas that have the potential to benefit the future of all Europeans. With their voice recordings transmitted in the heart of European policymaking, Earth Speakr gives young people the floor and for the sake of our common future, we better listen carefully,” said Heiko Maas, Federal Minister for Foreign Affairs of the Federal Republic of Germany.

To include as many people as possible, Eliasson and his studio developed a predominantly digital artwork with the support of an extensive team including kids, researchers, and other specialists. Earth Speakr is made available in the 24 official languages of the European Union and can be accessed worldwide. In addition, the project is partnering with a growing network of museums, libraries, and educational institutions, such as the Goethe-Institut, to share the artwork online and in person when and where possible in times of social distancing.

Earth Speakr amplifies kids’ messages and invites adults and today’s decision-makers, change-makers, and global leaders to listen to them.

At www.earthspeakr.art, adults can demonstrate that messages are being heard by creating so-called ‘Loud Speakrs’, AR collections of messages. Loud Speakrs can be placed anywhere on a virtual map – in public squares, parks, above political buildings – to encourage others to listen too. Earth Speakr messages are also streamed in Brussels at the Justus Lipsius Building and the Europa Building, at the European Parliament in Brussels and Strasbourg, and in Berlin at the “Lichthof” of the Federal Foreign Office.

“Life on Earth is a coexistence of people, animals, plants, and ecosystems. We must acknowledge this coexistence and then take the right actions to nurture it. In today’s debates over climate policy, it is crucial that the voices of the next generation are heard loud and clear, since it is they who will live in the future that we are currently shaping.

“My artwork Earth Speakr invites kids to speak up for the climate, whether with concern or hope. With the Earth Speakr app, they can express themselves through anything of their choice in their local environments. The artwork brings together their voices and amplifies what they have to say. We – adults, decision-makers, and politicians – need to hear the kids’ creative messages and take them seriously,” said Eliasson.

Kids’ messages will appear on Earth Speakr’s virtual map, and Loud Speakrs can be viewed in AR at prominent locations across the EU. To find out more and to participate in creating the artwork, download the Earth Speakr app from Google Play or App Store, visit www.earthspeakr.art, and join the discussion @earthspeakr on social media.