Kim Kardashian found herself caught up in an unlikely international art smuggling row Tuesday involving an ancient Roman sculpture that was imported to California under her name.

US prosecutors last week called for the statue fragment – which was seized at a Los Angeles port in 2016 – to be forfeited and returned to Italy, citing an Italian archaeologist who found it, saying the piece had been "looted, smuggled and illegally exported".

Court documents said the consignee and importer's name was listed as "'Kim Kardashian dba Noel Roberts Trust' in Woodland Hills, California" and referred to an invoice "for the sale of the defendant statue by Vervoordt to Noel Robert Trust, dated March 11, 2016".

The Noel Roberts Trust is an entity linked to real estate purchases and sales made by Kardashian and her estranged husband Kanye West in the United States.

Axel Vervoordt is a Belgian art dealer who was responsible for the decoration of Kardashian's mansion near Los Angeles, according to the Artnet News website.

But a spokeswoman for Kardashian on Tuesday dismissed US media reports tying the reality star to the statue, telling AFP they did not contain "accurate information".

The statue itself – referred to as "Fragment of Myron Samian Athena" – is thought to date to the early- to mid-Roman Empire, and depicts a person's lower half.

The Italian archaeologist who studied the statue declared it "of classical Peplophoros style... which represents a copy of an original Greek sculpture". 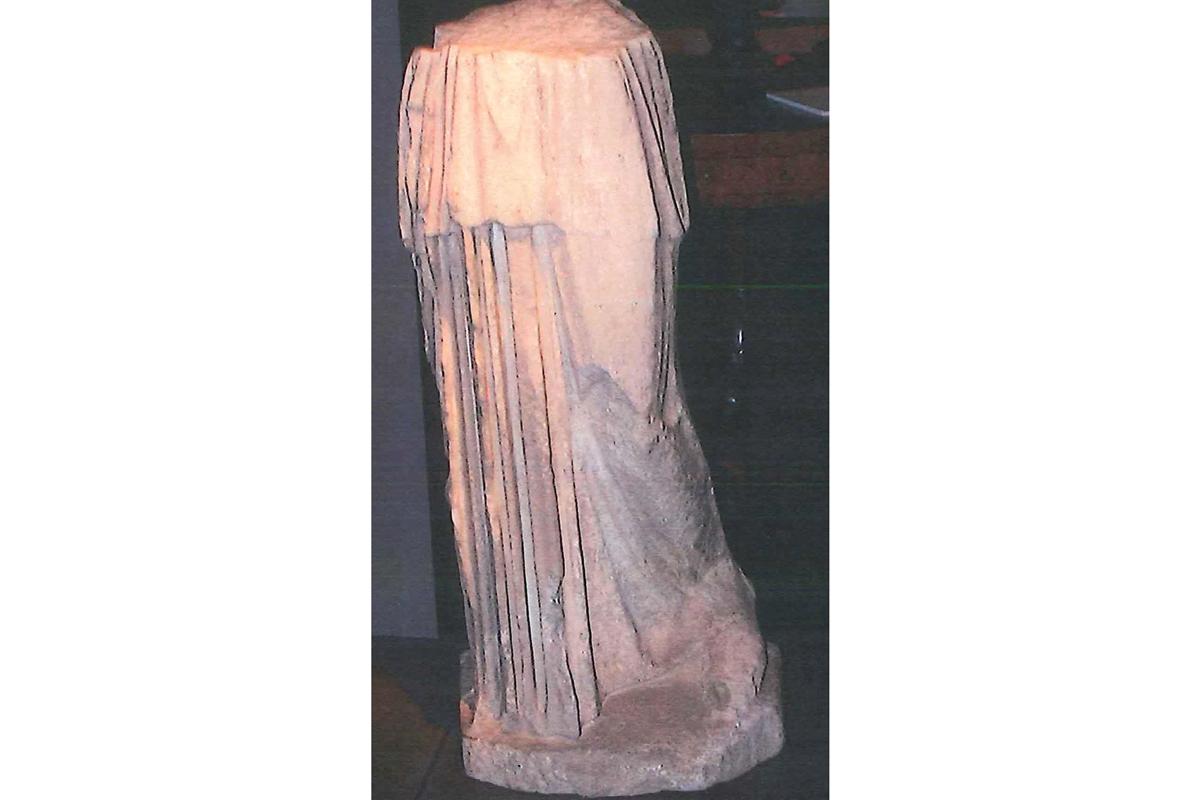 It was seized at the Los Angeles port in May 2016 as part of a larger 5.5-ton (5,000 kg) shipment worth $745,000, on suspicion it could be "protected cultural property from Italy" in violation of a law requiring proper documentation for importing rare archaeological items.

Deepening the mystery, prosecutors said the invoice provided to them by the customs broker for the fragment's previous 2012 sale to Vervoordt by a gallery in Paris appeared to refer to a different statue entirely.

Vervoordt did not immediately reply to AFP's request for comment.