Its story goes back to just after World War II as the Maltese were settling down after the ravages of the war.

The economy was gearing up, offering more jobs and stability, and the standard of living slowly started to improve after nearly two decades of economic depression. The Maltese consumer began to yearn for new lifestyle experiences and local entrepreneurs were quick to address these needs. 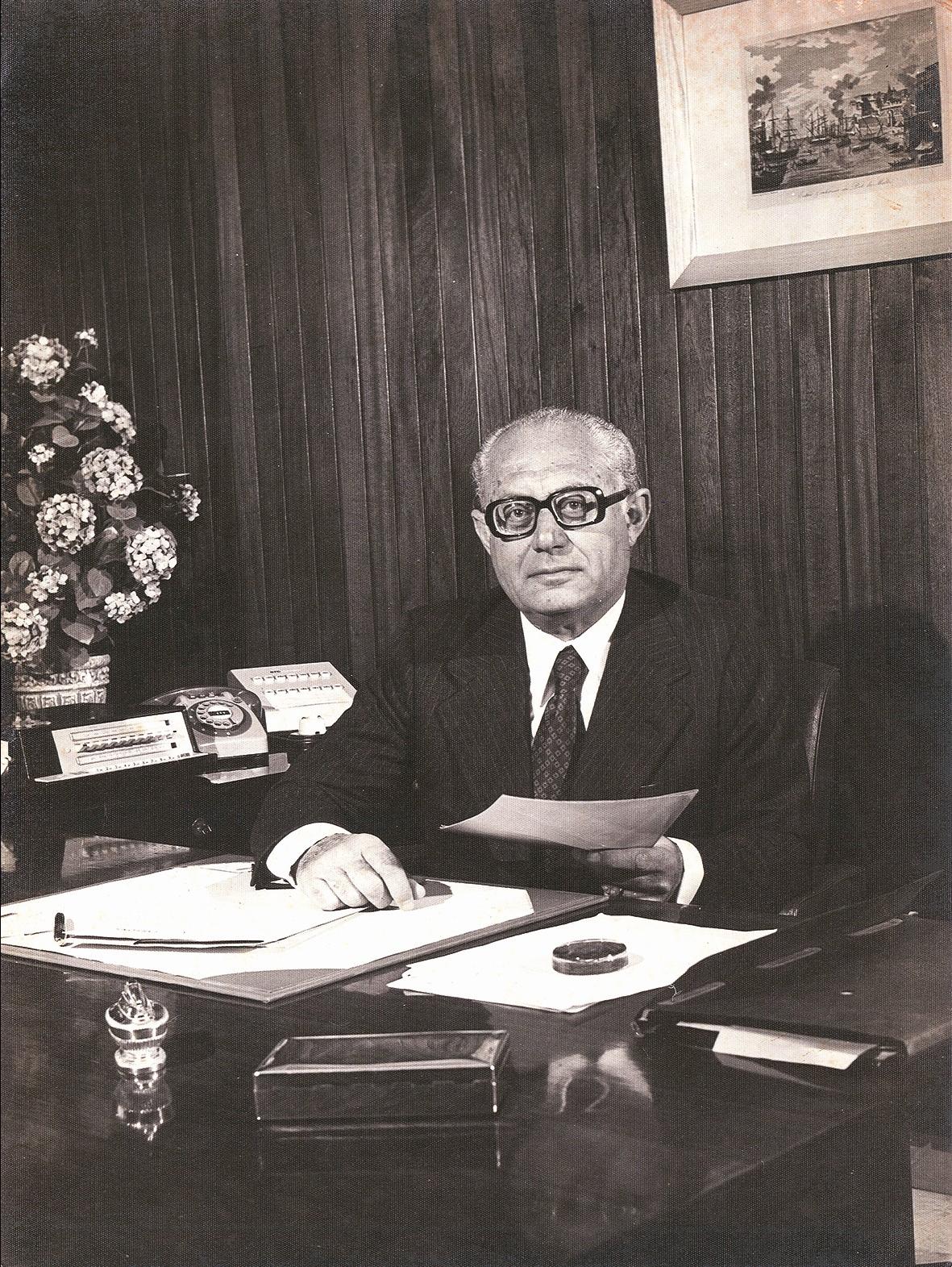 This is when the late Anthony Miceli Farrugia, or is-Sur Ninì, as he was better known, conceived an idea to develop a non-alcoholic beverage with its own distinct character that tasted different to any of the American colas that had started flourishing in the local market at the time. He was convinced that the Maltese people, as those in other Mediterranean countries, would prefer a less sweet taste to the sweet and neutral ones offered by the colas of the time.

The result was Kinnie, a bittersweet, non-alcoholic amber-coloured carbonated beverage.

This innovative beverage was an immediate success on its launch in Malta on June 1, 1952, originally in a 17cl glass bottle. Despite stiff competition from well-known international brands, Kinnie established itself in every Maltese home. 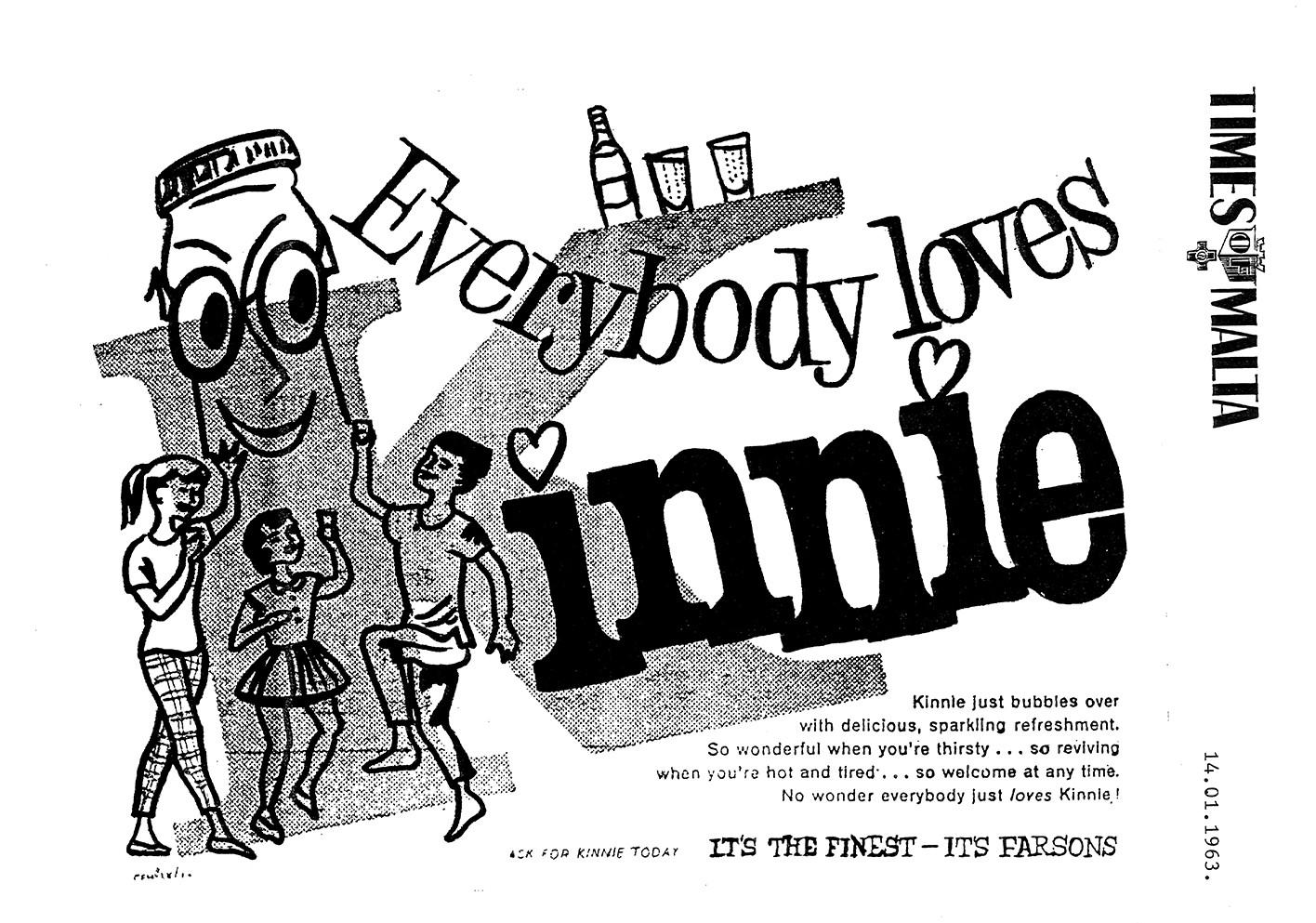 An advert in the Times of Malta in January 1963.

An advert published in the Times of Malta in 1956. 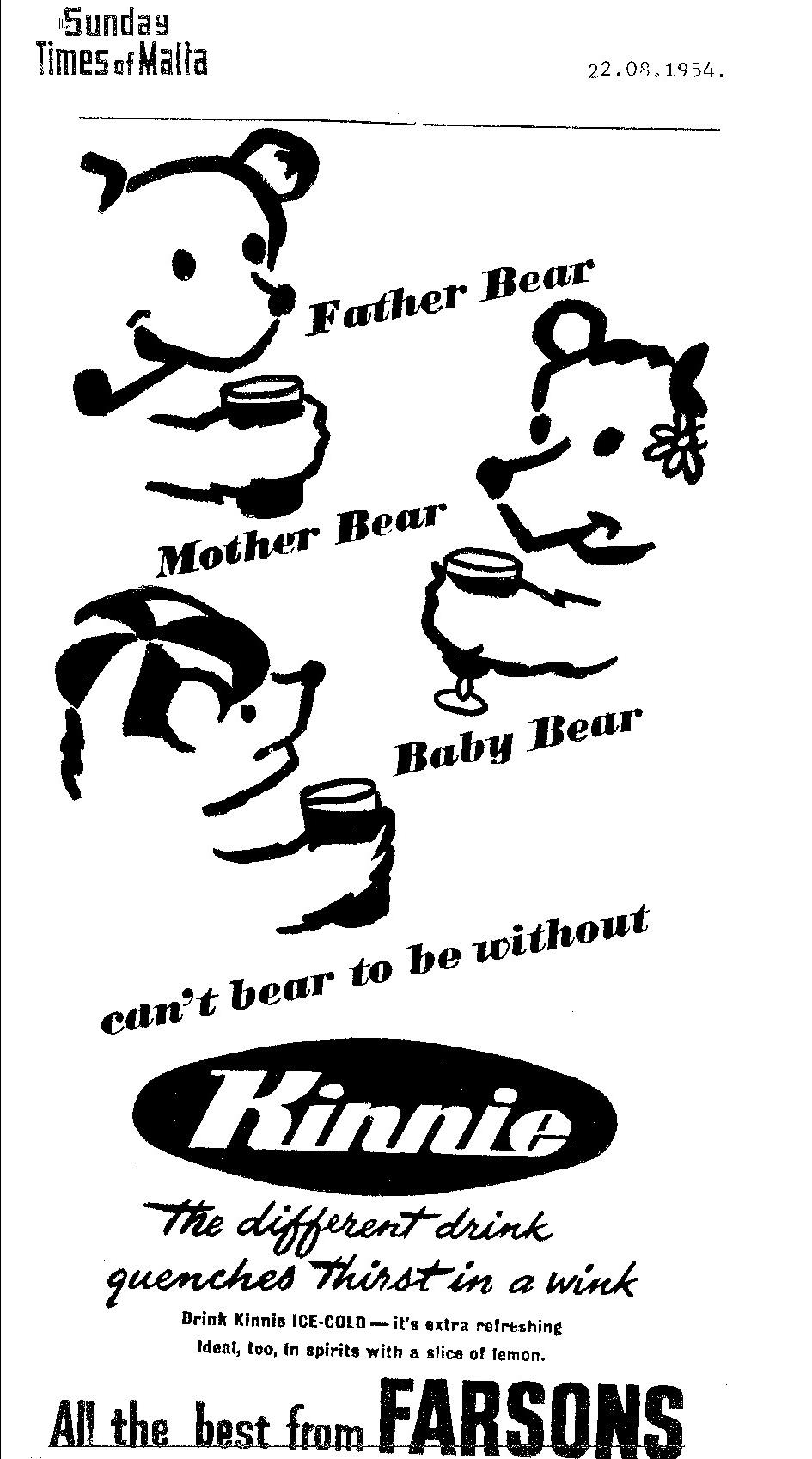 An advert published in the Sunday Times of Malta in 1954. 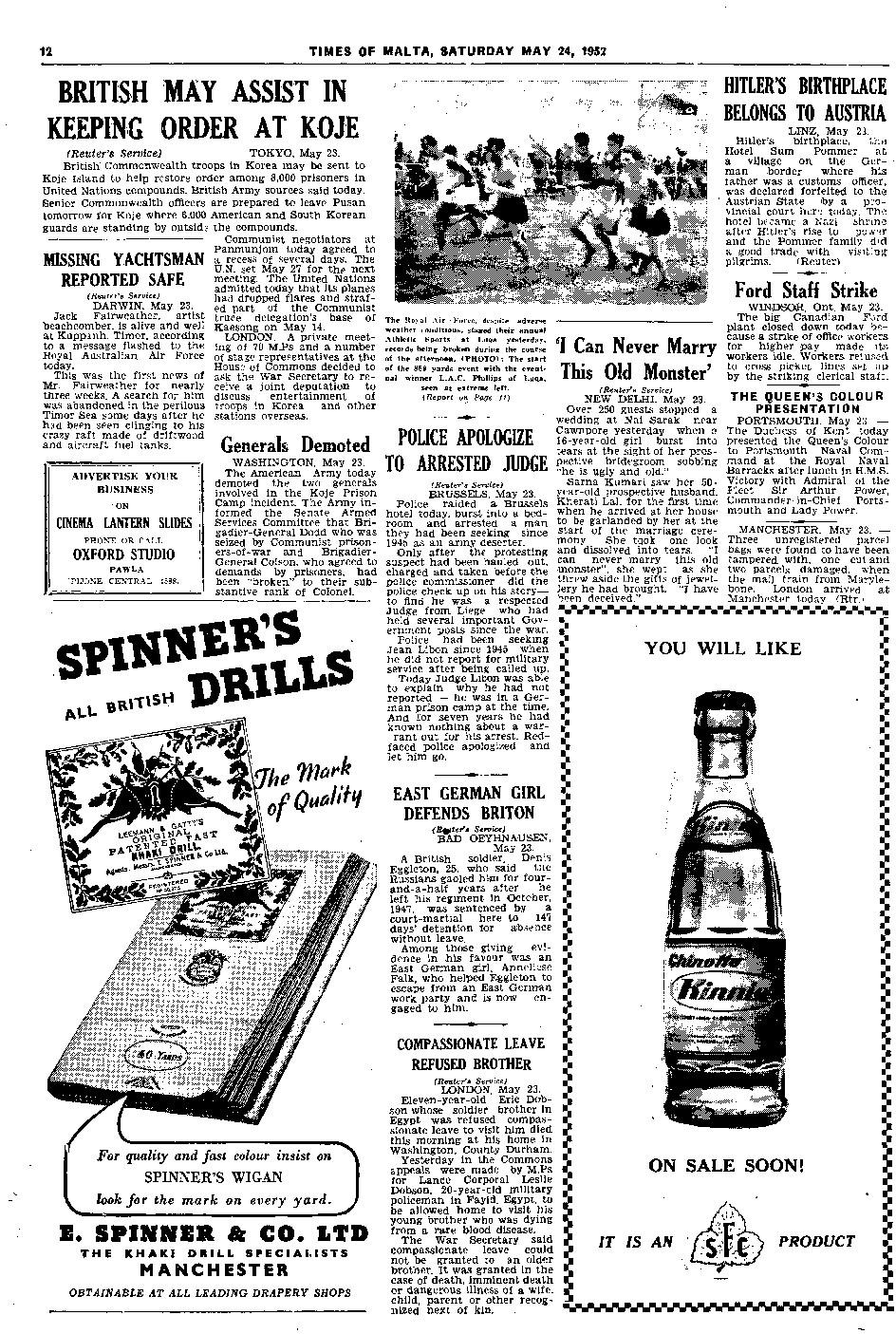 Kinnie’s recipe remains a closely guarded secret and is drawn from all-natural essences extracted from oranges and a blend of aromatic and exotic herbs to enhance the beverage’s original flavour and golden amber colour.

In spite of the many imitations that Kinnie has inspired over the years, being different and original was always key to the brand’s success and Kinnie has continued to retain its appeal, successfully competing against the world’s largest global soft drink brands.

In 1975, Kinnie was awarded the Epi d’Or de la Qualité Internationale trophy, ranking it as the best drink of the year, the highest honour that could be awarded by the Comité Internationale d’Action Gastronomique in France. 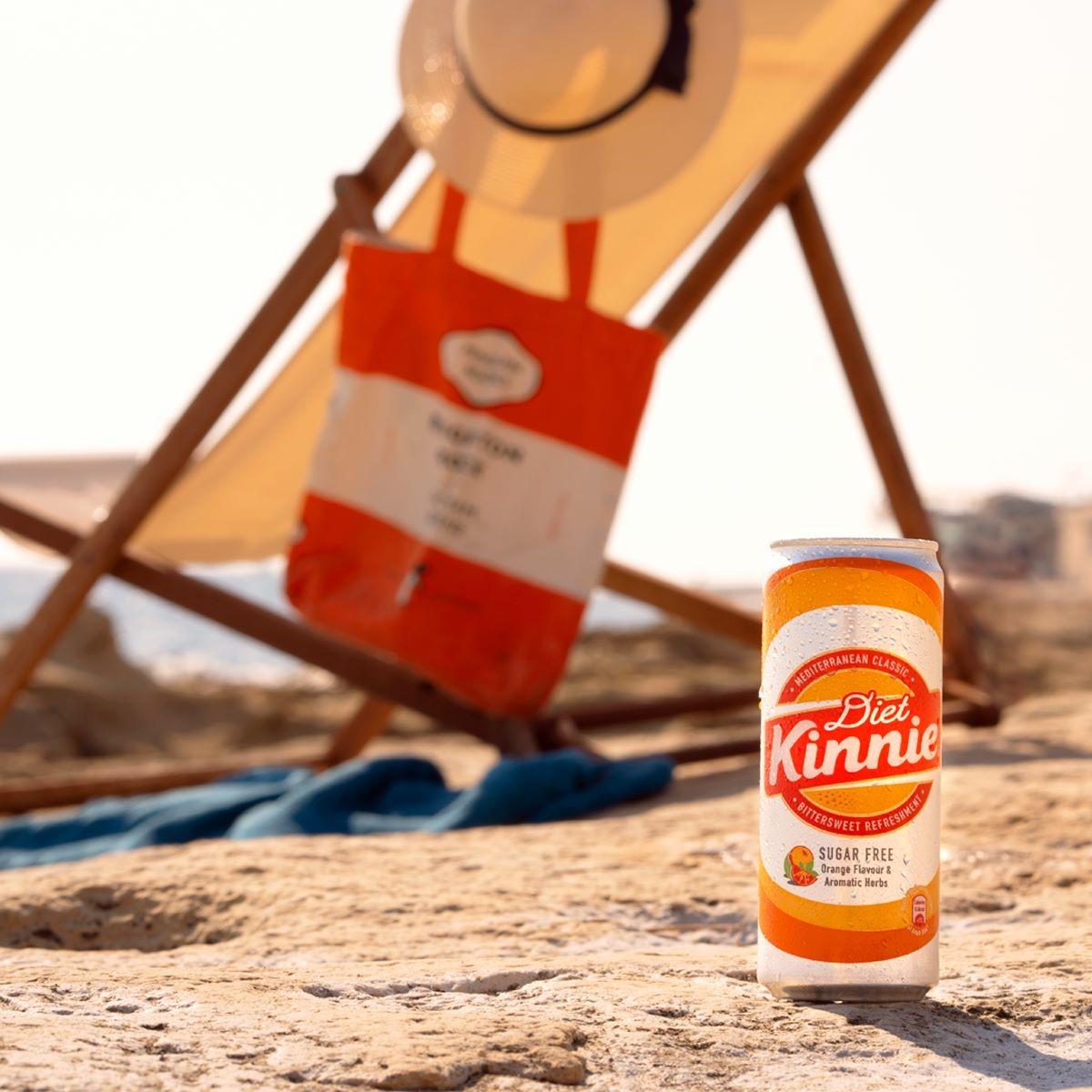 Diet Kinnie, launched in 1984, remains a popular variant in the Kinnie portfolio.

The 1980s brought fashion, style and dieting to the forefront. Always observant of changing trends and consumer preferences, Farsons launched Diet Kinnie, a no-sugar variant, in 1984. Diet Kinnie remains a popular variant in the Kinnie portfolio so many years later.

Kinnie Zest was then launched in 2007, offering consumers a variant of the much-loved brand with a zesty enhanced orange flavour and no sugar.

Capitalising on Kinnie’s innate mixability, Kinnie Spritz, a 4% ABV alcoholic aperitivo, was launched in the summer of 2021, offering the adult drinker a refreshing taste of Kinnie with a touch of alcohol.

The brand plays a key role in Farsons’ overall strategy for future growth and is significant particularly to the exports area. Already available across Europe in countries such as the UK, Poland, France, Germany, Czech Republic and The Netherlands among others, Kinnie is also available further afield in Canada and Australia.

Kinnie, the original classic, dubbed ‘Malta’s own favourite soft drink’, has always sought out to be different from other beverages and, over the past 70 years, the unique and unrivalled bittersweet soft drink has evolved to become one of Malta’s leading and much-loved brands.

On the occasion of Kinnie’s 70th anniversary, Louis A. Farrugia, chairperson of Farsons Group, said: “It is a major achievement for the Kinnie brand to compete favourably with international soft drink brands and still command a significant market share 70 years later. We continue to look forward to the years and decades ahead with confidence.” 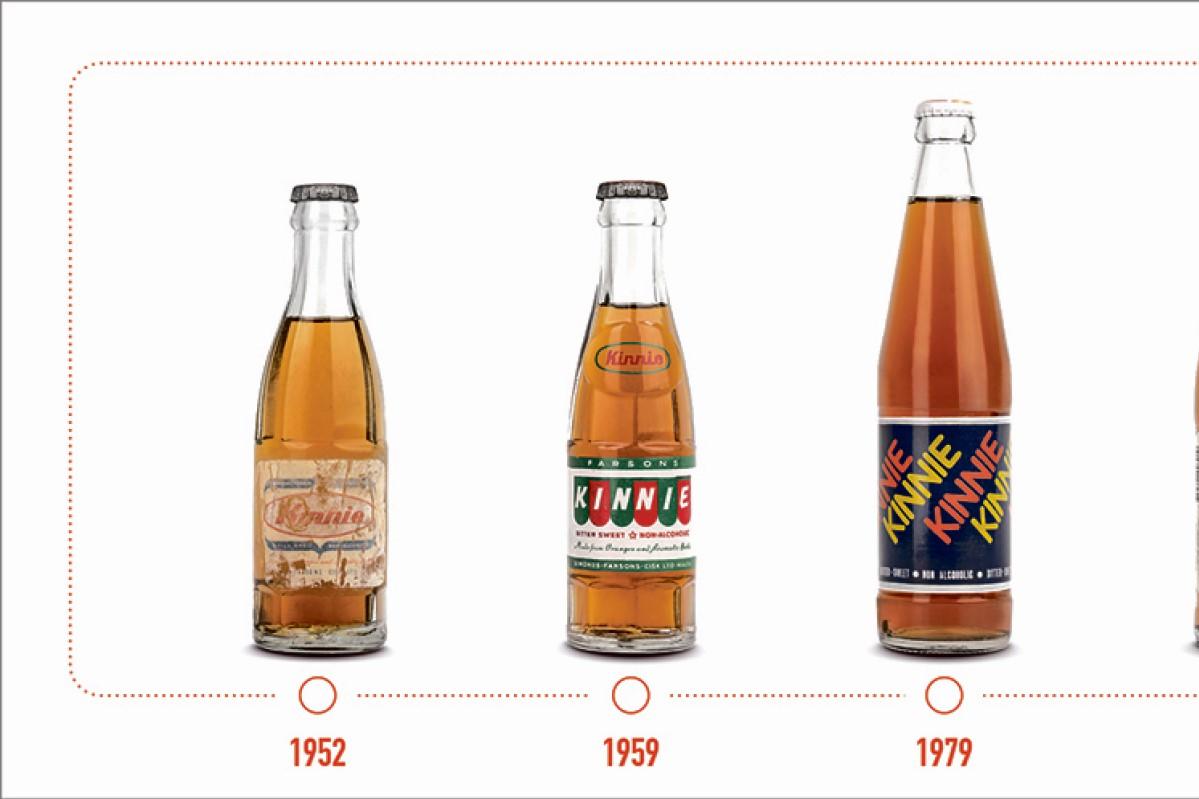 Kinnie’s bottle design through the years.