An inmate telling prison guards to “kiss my balls” during an outburst in jail did not amount to a threat, so the prisoner could not be found guilty of threatening them or of trying to influence them in their duties, a judge has ruled.

Madam Justice Consuelo Scerri Herrera was ruling on an appeal filed by troublesome inmate Joseph Zahra, 68, who has had countless brushes with the law, including a recent one where he threatened a magistrate during a hearing.

Zahra, of Żurrieq, has a criminal record once described in court as being “as thick as a book”. He has been in and out of jail since he was 18, so he is a well-known figure at Corradino Correctional Facility. 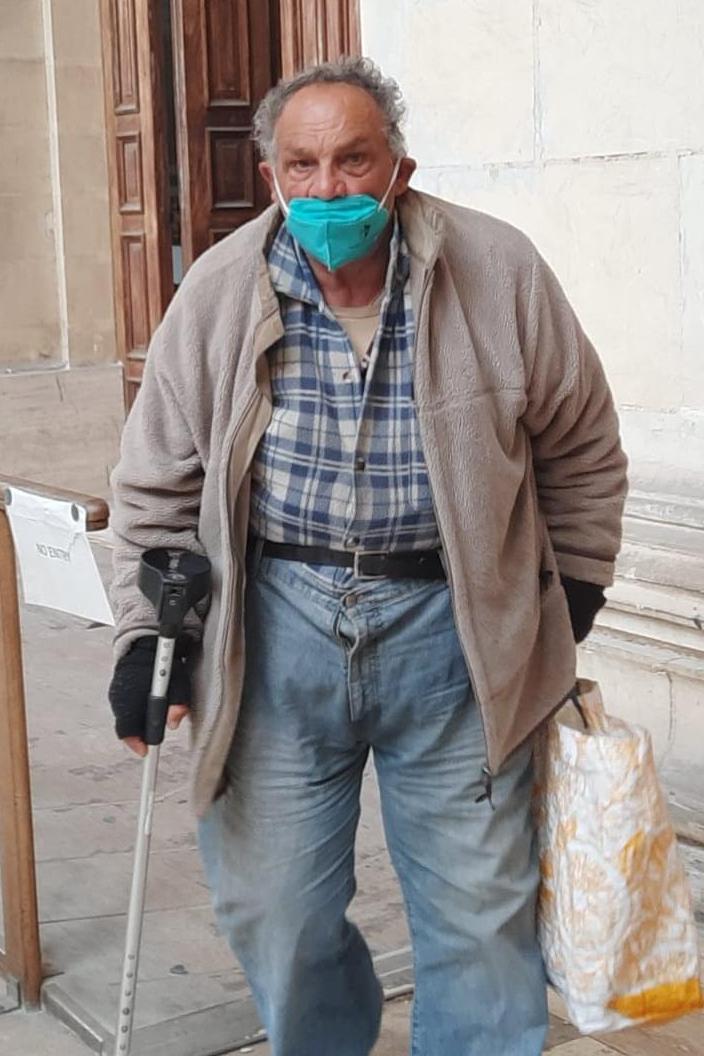 Joseph Zahra leaving the courts after another case in March 2022.

The insult he uttered in jail was directed at two correctional officers during a visit to Division 6 by former prisons director Alex Dalli in July 2018.

Zahra hurled offensive remarks at Dalli, saying he was “full of shit”, told him and other correctional officers to “fuck off” and then told the two officers to “kiss my balls”.

The judge said that, although offensive and vulgar, such language could never be taken to be a threat or an attempt to influence them in their duties.

She, therefore, declared as null the €800 fine imposed by a first court that had found him guilty of the offence.

The last time Zahra was charged in court was in March after he allegedly threatened a member of the judiciary, whose name cannot be published by court order.

During that arraignment, the police described him as “a danger to society” with a 47-page criminal record whose offences go back to 1963. They said he had appeared before every possible member of the judiciary.

The magistrate had warned a rowdy Zahra to be quiet but he disobeyed and continued to pass snide remarks, prompting the magistrate to twice find him guilty of contempt of court and fining him a total of €2,000.

He was eventually thrown out of the courtroom where he continued to be loud, swearing and threatening police officers.