A knights-era water reservoir has been discovered beneath the entrance to St Andrew's Ditch in Valletta, a few metres down from the Hotel Excelsior.

An opening was discovered by accident on Sunday, and then another was found. Each has a depth of some 7.5m. They were flagged to the authorities and cordoned off by the police because they posed a danger.

Workers from Clean Malta helped clear out some debris to render it safe. The structure was found to be one of a number of reservoirs built by the knights for water storage in the fortified city.

The structure, however, is in a sorry state with broken slabs and missing arches that have rendered it unsafe and unstable. 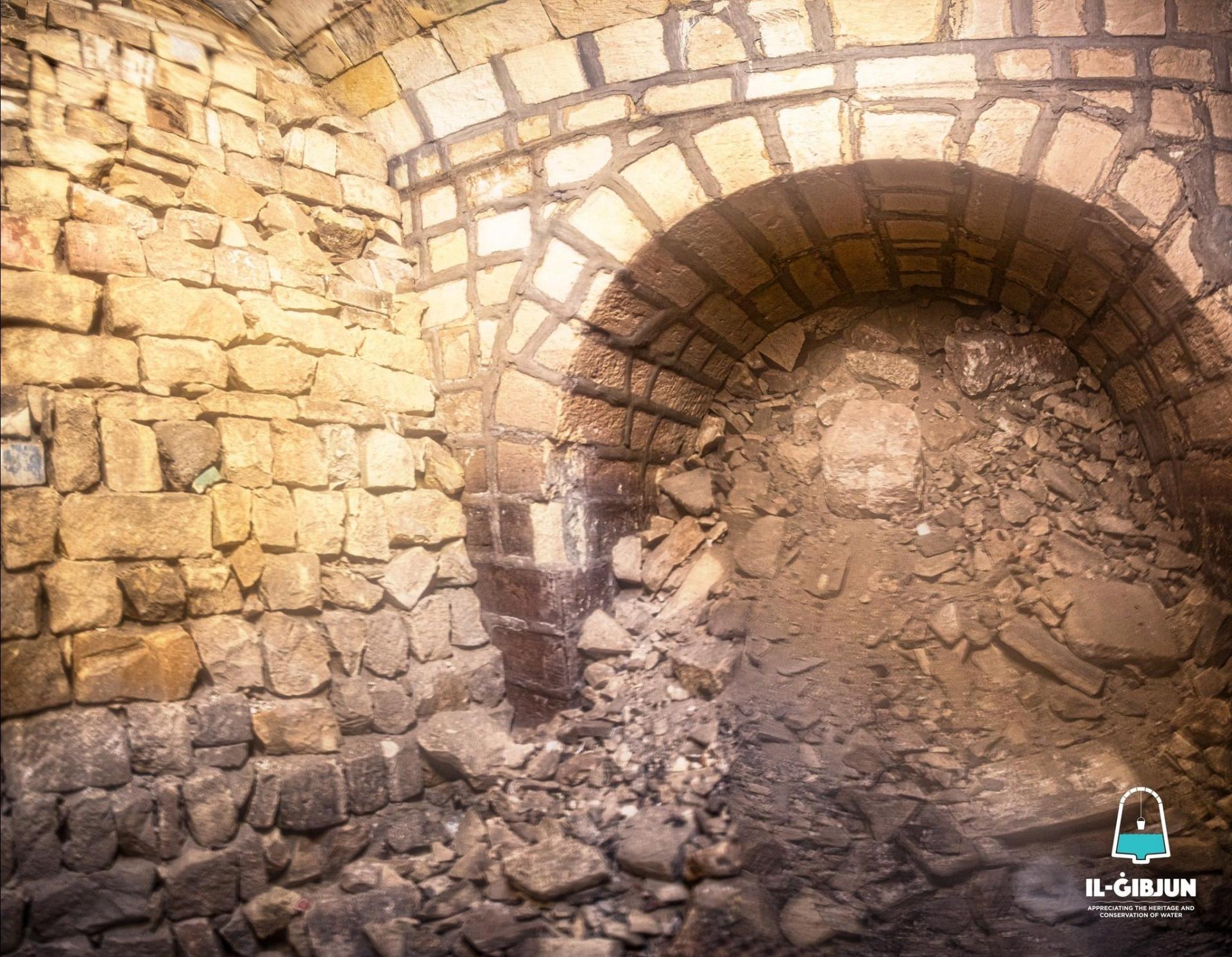 Steven Mallia from Il-Ġibjun told Times of Malta that the reservoir was found to be totally empty.

"It hasn't been used since the war for sure, since it contains rubble that could indicate material from shelters that were dug near by," he said. There were also pots/pans and other objects on site.

The gaping hole that turned out to be the entrance was discovered by architect Ruben Paul Borg who said it appeared dangerous since cars park in the area every day. 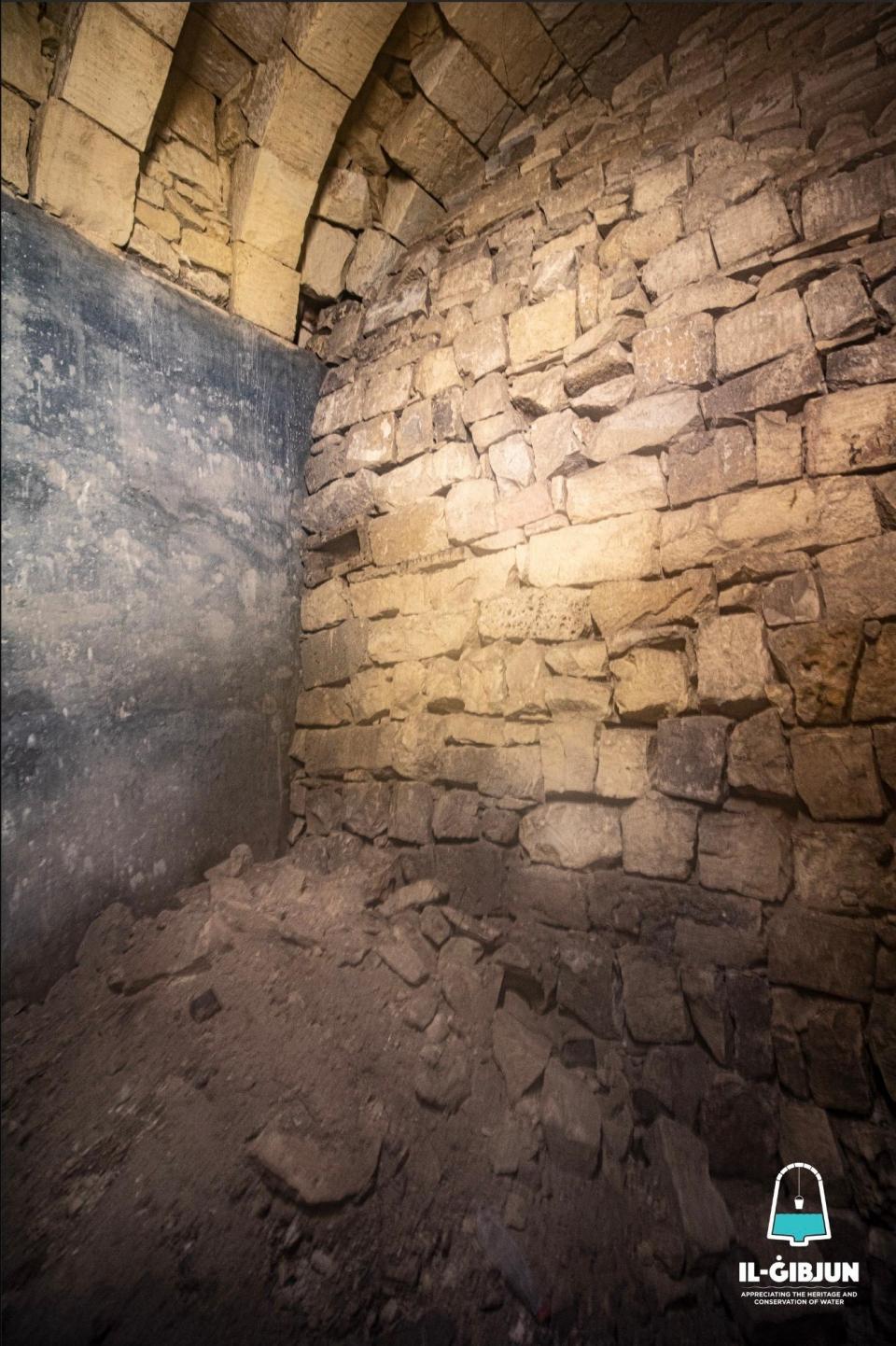 "It was a Sunday morning so there were no cars. I immediately went to have a look, lowering down-lighting and telescopic equipment".

The photo (top) only shows half the chamber. The structure also has a staircase for easy access,  on the other side of the rubble and it was hoped that this could be cleared. 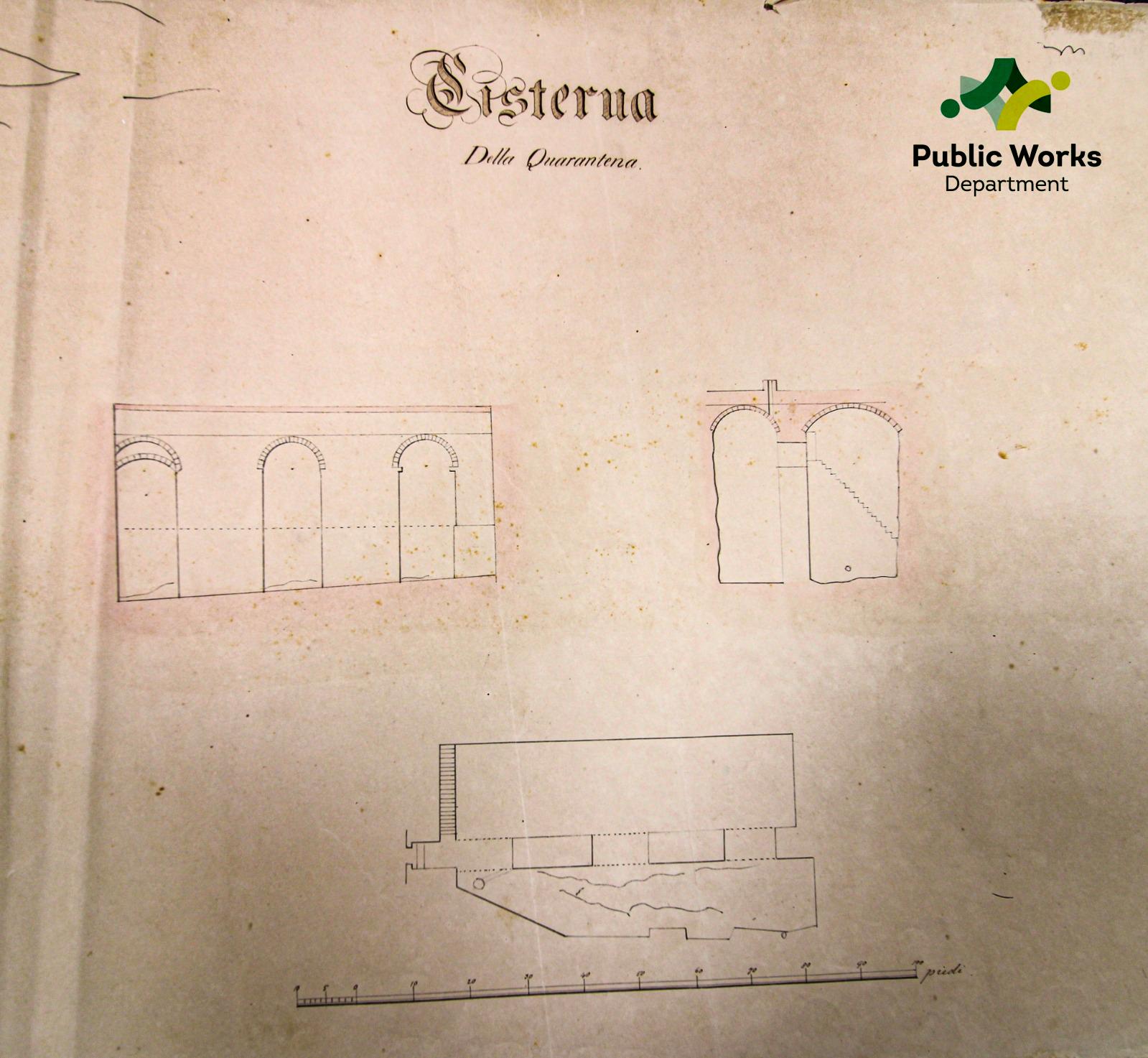 A plan of the reservoir found in records of the British era. (Il-Gibjun)

Subterranean Valletta has been the focus of recent public attention, with Heritage Malta opening a series of 500-year-old tunnels beneath the city for public viewing.

The tours include another reservoir, right beneath Great Siege Square, that dates back to the 16th century. At the time, owing to a shortage of water, the authorities in the city banned private gardens and required water reservoirs to be built under all houses.

The knights, showing great engineering skills, had built the aqueduct system to carry water from the Rabat area to Valletta, but the system was vulnerable to enemy attacks in uncertain times.

One small freshwater stream does flow into Valletta however. It emerges in the large basement of the Archbishop's Palace. 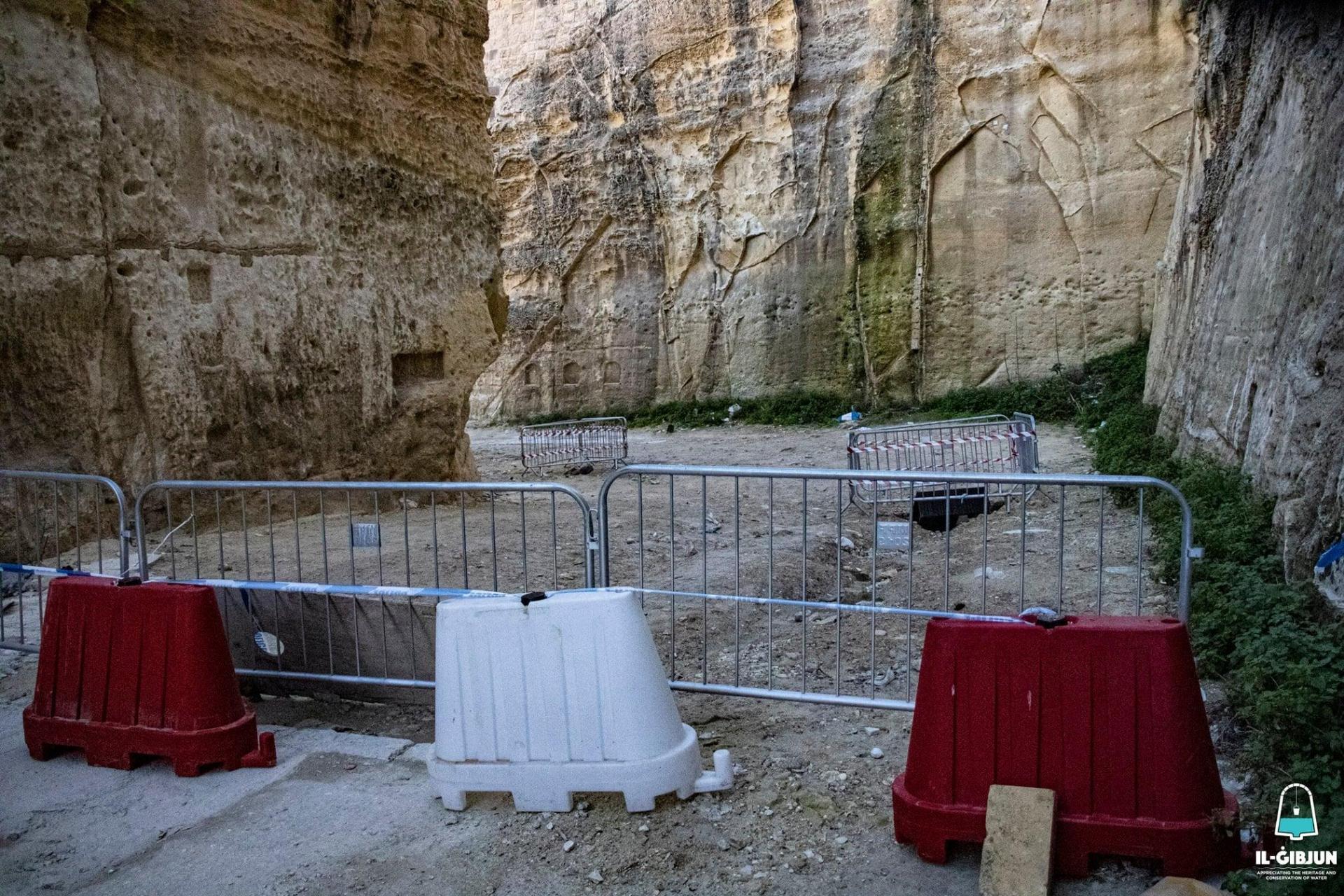 One of the entrances to the reservoir. 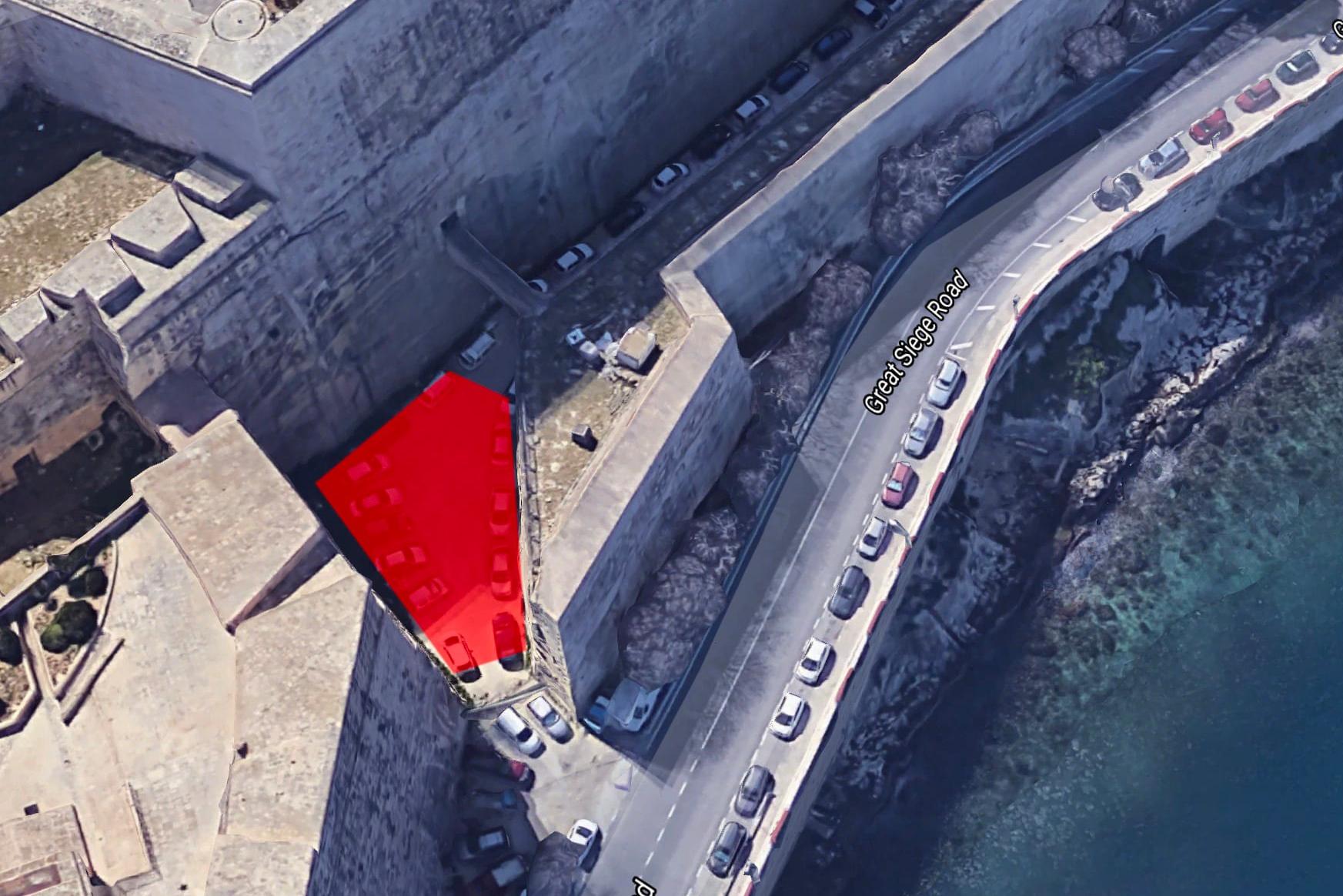 The site of the reservoir. (Belt Valletta)