Energy Minister Konrad Mizzi has no regrets over acquiring a company in Panama, a blacklisted country, and denies any suggestion that he was unpatriotic in choosing to base a family trust in New Zealand.

“I didn’t really give it much thought when my financial advisers told me that was the best option. I relied on their expertise. In hindsight, I wouldn’t have done anything different,” Dr Mizzi told The Sunday Times of Malta in an interview.

She reported that the two each had a trust in New Zealand, which held a company in Panama, which she claimed were set up concurrently using the services of Nexia BT.

When the Prime Minister was last Wednesday asked if Mr Schembri had a similar trust, he had replied that he did not know.

Dr Mizzi said that in his own case, everything was “above board” and he was subjecting himself to any scrutiny. He intends asking the Inland Revenue Commissioner to investigate him and the trust he set up in New Zealand which acquired the shelf company set up in blacklisted Panama.

“I have absolutely nothing to hide,” he insisted.

He laughed off a question over whether he believed he was unpatriotic when he chose a competing financial services jurisdiction for his trust.

“I live in Malta and pay all my taxes here. My wife lives in China so we wanted somewhere neutral which gives us the best return on our assets which we acquired over years of hard work.”

He denied that what he had done was morally or ethically wrong, saying he had declared everything.

“Panama was a choice of our advisers. They compared costs with other jurisdictions and it was the most cost-effective. What I did was done with good intentions.”

He also denied being politically naïve. “Not at all. All I did was legitimate and above board. Neither was I ill-advised. I simply followed the advice I was given.” 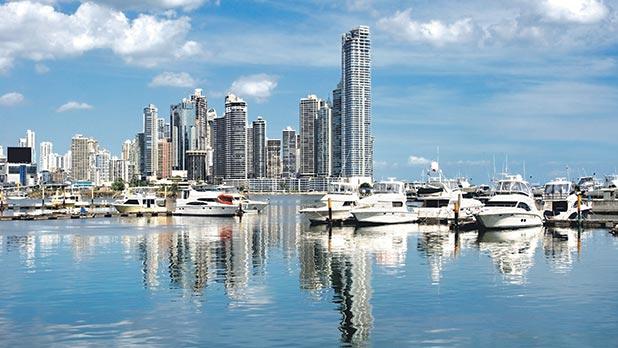 Konrad Mizzi says consultants advised him to acquire a company from Panama in view of cost-effectiveness. 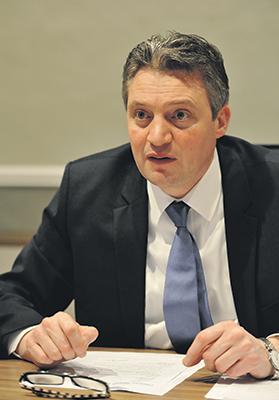 He confirmed that his ministerial declaration this year will not be much different to last year’s – in which he listed a house in London and an apartment in Sliema, along with some €310,000 in bank deposits and €329,000 in loans.

“The properties are financial assets and I want to manage them in the best possible way. It was a family planning decision. My family has done a lot for me and I am a father and a husband so I think it is only fair that I give them something back,” the minister said.

Dr Mizzi explained how he and his wife, Sai Mizzi Liang, had approached local financial advisers Nexia BT in 2014 to look into how to best manage their wealth. Nexia BT is a financial services company that provides consultancies to several government ministries and entities.

He said he was directed to financial advisers in New Zealand who suggested setting up a trust fund there.

In view of country restrictions, Dr Mizzi could not set up a company there so had to acquire one from elsewhere. “The consultants advised me to acquire a company from Panama in view of cost-effectiveness and I didn’t give it much thought and gave them the go-ahead.”

He explained that he became the owner on June 2, 2015, of Hearnville Incorporated, a shelf company set up in 2013.

“It never traded, had no assets, no liabilities and I had no share in it before I purchased it for a nominal fee that was incorporated in the fees paid to the advisers who manage the trust.”

Rotorua Trust was created on July 22, 2015, as a family estate and family planning structure through Orion Trust New Zealand Limited, based in Auckland, which is the trustee. The trust is open for 79 years and 11 months.

The trust is still in its infancy because of the time it took after having been subjected to vetting and due diligence by the New Zealand trustees.

Dr Mizzi said he did not feel that the controversy that surrounded his trust had embarrassed him or Joseph Muscat in any way.

On the other hand, he said, it would have been embarrassing had he done something illegal or had failed to declare it. He also confirmed that he had not consulted the Prime Minister on the matter.

“I was expecting this flak because people are right to ask questions and I am here answering them. I did nothing illegal. These are my family’s financial matters after all,” he said.

Dr Muscat defended his minister’s New Zealand trust and also said the Panamanian company did not worry him because it was simply a shelf company and not an investment there.

Dr Mizzi said trust ownership was a “widespread” practice, adding he could have chosen to open the trust with local companies but preferred to go abroad rather than run the risk of having it set up locally.

“HSBC moved out of trusts and sold it to another company with which I had recently worked on major deals, such as (the sale of a stake in Enemalta to) Shanghai Electric, so I was not comfortable with that. Bank of Valletta also reduced its involvement with trusts. Then there are a number of companies, such as Opposition Leader Simon Busuttil’s ex-company, but I wouldn’t have been comfortable with that either,” he said.

When asked, Dr Mizzi said he and his wife do not hold any other trusts or shares in any other country, including Panama.

The minister insisted he was not doing any business in that country either. He said many Maltese financial advisers recommended Panama because it was cost-effective.

He also added that the Financial Action Task Force (FATF), an inter-governmental body established in 1989, recently said that Panama had made “significant progress” in improving its regime and noted that it had established the legal and regulatory framework to meet its commitments.

The task force also said that Panama was no longer subject to its monitoring process.

Twenty minutes later, she put another post about Energy Minister ‘Konrad Mizzi’s and Sai Mizzi Liang’s Easter lunch’ that later proved to be very telling. It read: “It’s traditional to eat lamb on Easter Sunday, so Konrad Mizzi and his… wife Sai Mizzi Liang will be getting theirs from New Zealand… I can’t say anymore for now… Lots of things will fall into place.”

The Prime Minister again justifies Dr Mizzi’s ownership of the Panama company because the ultimate beneficiary was a “trust in a democracy like New Zealand”.

He was not in a position to give details of his minister’s company.

Dr Mizzi gives an interview to Malta Today announcing the existence of a family trust he registered in New Zealand. He says he will be submitting the information in Parliament in his declaration of assets.

He says the trust, set up in 2015, will protect his family’s assets. But, he adds, this was still in a shell structure with no assets or funds in it.

He declares he is not a beneficiary of the trust but his role is that of “settlor and protector”. The beneficiaries are his wife and children.

Good governance has suffered a setback following revelations about Konrad Mizzi’s New Zealand trust which owns shares in a company based in Panama. 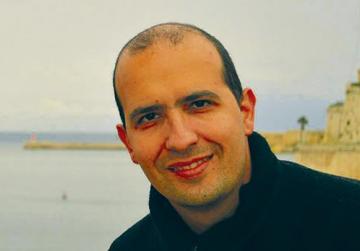 George Vital Zammit, head of the Department of Public Policy at the University, said that even though the Energy Minister may have done nothing wrong from a legal point of view – he expected better on an ethical and moral level.

“Even if there were no harmful intentions, better judgment should have prevailed, especially at a time when we are expected to have more faith in politicians.”

He said a minister with two big portfolios such as health and energy should be concentrating his efforts on policies rather than defending the saga involving his wife and now this issue of a New Zealand trust and Panama company.

“As far as good governance is concerned, this is definitely a setback,” he said, urging journalists to “continue digging”.

He compared the issue to that involving US President Richard Nixon in 1952 when it was revealed he had what was referred to as a slush fund.

It should have definitely been handled differently- George Vital Zammit

This was being used for his campaign but rumours circulated that he was making personal use of it.

Nixon had then given a “checker’s speech” where he came clean on the fund and gave full disclosure of whatever he owned, right to the last cent, on how and where he had spent the money.

“In Malta, not only did Dr Mizzi not give full disclosure, but he went for the deputy leadership election and got confirmed with over 96 per cent of the vote. It should have definitely been handled differently,” he said.

‘Minister chose Panama out of all countries in the world’

Former Alternattiva Demokratika chairman Michael Briguglio said that if the Konrad Mizzi Panama story had broken in another European country, people would be talking about a resignation rather than a trust. 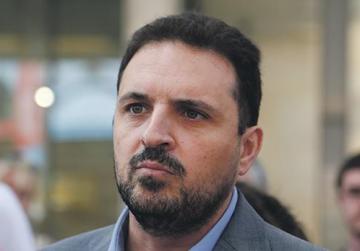 “The question is not really about the trust but the shelf company in Panama, a blacklisted country. Malta has a reputable jurisdiction but the minister chose Panama out of all countries in the world. I must admit that this is very difficult to comprehend.”

Dr Briguglio said that Dr Mizzi should have withdrawn his Labour deputy leadership nomination until he cleared his name.

“Charles Mangion and Chris Said had done the same, albeit over very different circumstances. But Dr Mizzi’s and Prime Minister Joseph Muscat’s dismissive attitude on the matter is very worrying, to say the least.”

The question should be about the company in Panama- Michael Briguglio

“I feel very sorry for the genuine Labour supporters who are seeing their party being transformed into an oligarchy.

“Dr Mizzi’s deputy leadership was anything but a contest. Even if totally misguided, the ethical thing to do was withdraw from the scene until the air and his name are clear,” he said.