Former Tourism Minister Konrad Mizzi's use of public resources to maintain his personal Facebook page was in breach of the ministerial code of ethics, the Standards Commissioner George Hyzler has concluded.

However, no action is being recommended as this case was “superseded” by the minister’s recent resignation over unrelated matters.

The decision was announced following an investigation triggered by Opposition MP Karol Aquilina.

Dr Aquilina complained that Dr Mizzi had posted partisan political content in a Facebook page administered by his own Ministry. Content included the minister’s political address during the Labour general conference. 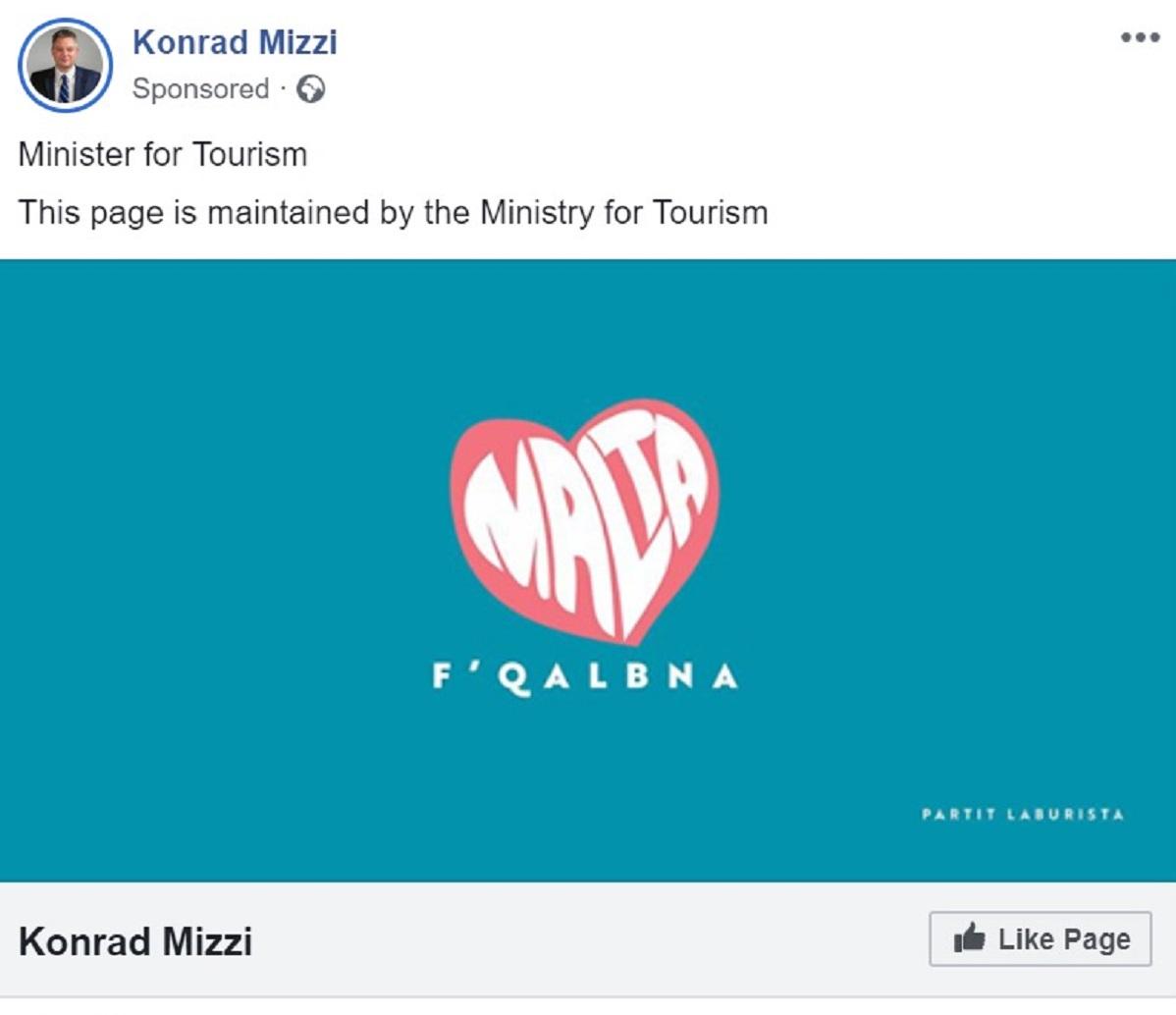 Dr Mizzi's personal Facebook page was being administered through the use of public resources within his own ministry.

According to the Opposition MP, this was in breach of the Ministerial code of ethics, specifically under a proviso that Ministers should keep a clear distinction from their role as a member of a political party.  Moreover, he complained that this was against another provision that bounds ministers to respect the principle of political impartiality of the public service.

In a statement issued on Tuesday, Dr Hyzler noted that despite not being an official page, it had a disclaimer saying it was “maintained by the Ministry for Tourism”. The matter had also been raised in a parliamentary question in which Dr Mizzi had described this Facebook page as being an official one.

“This mistake demonstrated an inability to maintain a distinction between the Minister’s public role and his private role as a politician,” Dr Hyzler said.

From the investigation it transpired that soon after the probe was started, the “about” section of Dr Mizzi’s Facebook page was changed so that the Head of Marketing and Communication of the Ministry, Alex Cutajar, was removed as the administrator of the page.

The investigation also confirmed that posts of a political nature were being made on this page, featuring the ministry’s official logo.

Dr Mizzi said the running costs of the page were being financed privately and not from public funds, for which he also submitted invoices. The minister had also attributed use of the term “this page is administered” by the ministry” as the result of mistakes.

The commissioner said such mistakes were “evidence of unduly casual attitude towards distinction between the public role and the private role of politicians”.

While noting that the Minister had every right to post partisan political content in his own personal page, the commissioner said that it was also the practice for ministry employees to make posts to the page relating to the Minister’s official duties.

“This was to the minister’s personal benefit since such posts were in effect being used to boost his political profile,” he noted.

The Commissioner concluded that ministers should not use public resources to maintain their personal Facebook pages or produce content for those pages, even if such content is related to their official duties.

Consequently, the Commissioner upheld the complaint but recommended that no further action be taken. Had Dr Mizzi not resigned, the commissioner would have called on the minister to formally acknowledge that his conduct constituted a prima facie breach of the code of ethics, the investigation concluded. Yet, this had been “superseded” by his resignation on November 26, Dr Hyzler pointed out.

A further report dealing with wider issues including principles to be followed in the use of social media by ministers and parliamentary secretaries was in the pipeline, the Commissioner said. This was being done in view of a lack of guidelines on the matter, he added.

A copy of this investigation was also sent to the Auditor General.