The three partners of Mifsud Bonnici Advocates – the lawyers that Tourism Minister Konrad Mizzi engages for his personal litigations in court, including those connected to the Panama Papers saga, have all found themselves occupying various posts in public companies, mostly falling under Dr Mizzi’s political remit. 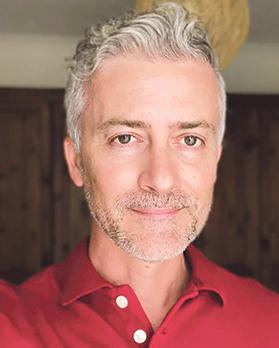 According to information submitted in Parliament recently, the Mifsud Bonnici firm, which includes Aron Mifsud Bonnici and his wife Katrina Borg Cardona, also received more than €200,000 worth of direct orders from departments and entities falling under Dr Mizzi’s responsibilities since Labour’s return to power.

Dr Mifsud Bonnici, the managing partner of Mifsud Bonnici Advocates, is acting as board secretary of at least nine public entities, receiving tens of thousands in taxpayer funds every year.

In most cases, Dr Mifsud Bonnici was nominated to these boards by Dr Mizzi himself.

The lawyer, who defends Dr Mizzi in various court lawsuits, including those relating to the Panama Papers and 17 Black, is giving his services to Arms Ltd, Enemalta Plc and Engineering Resources, among other entities. The latter company is chaired by Dr Mizzi’s father, Lawrence.

Apart from acting as board secretary of all these entities, Dr Mifsud Bonnici was also heavily involved in Projects Malta and Projects Plus – two other State entities still falling under Dr Mizzi’s political direction.

Projects Malta is involved in multi-million projects, including the controversial deal negotiated by Dr Mizzi to award a 30-year concession of three public hospitals to the now defunct Vitals Global Healthcare.

According to MFSA documents, earlier this year Dr Mifsud Bonnici resigned from acting as secretary to the two public boards.

However, in his stead, Dr Mizzi appointed Dr Abigail Critien, who incidentally is a partner in Mifsud Bonnici Advocates.

Dr Critien, who started practising law a few years ago and specialises mostly in family law, was also appointed by Dr Mizzi as board secretary of the Mediterranean Conference Centre – another branch of the Tourism Ministry.

Dr Critien represented Dr Mizzi and his Chinese wife Sai in court over libel proceedings instituted against slain journalist Daphne Caruana Galizia over allegations of an extramarital affair involving Dr Mizzi and a member of his private secretariat.

The other partner in Mifsud Bonnici Advocates, Katrina Borg Cardona, was also given various public appointments by Dr Mizzi.

Upon his appointment as Tourism Minister, Dr Mizzi appointed Dr Mifsud Bonnici’s wife on the board of directors of Air Malta and to act as board secretary of the Selmun Palace Hotel Co. Ltd and the Grand Harbour Regeneration Corporation.

Dr Borg Cardona also provides legal services to Malta Enterprise, another State entity falling under Dr Cardona and Projects Malta, where Dr Critien –her partner at the law firm – acts as board secretary.