The name ‘philharmonic society’ implies a musical organisation. It is in this perspective that such organisations started in Malta. However, their activities shortly widened to encompass both musical and other cultural activities. 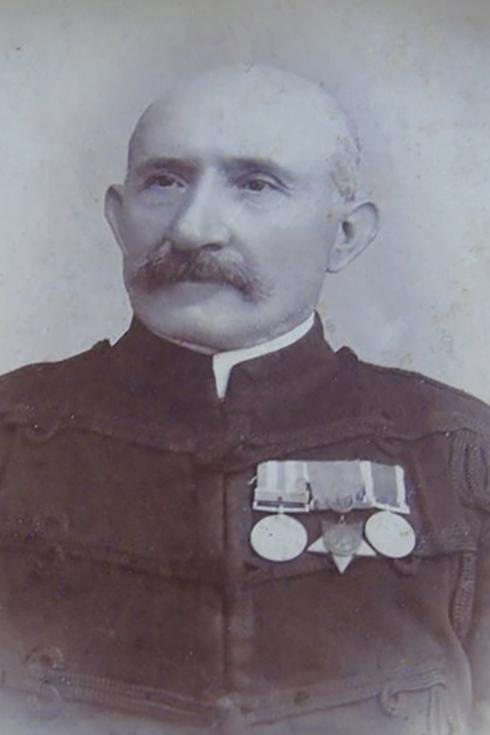 The development of bands was prompted by the British military bands’ performances since the early times of the British rule in Malta. It was also due to the presence of Italian exiles, who fled to Malta during the Risorgimento uprisings.

Towards 1865, a group of Sengleans started meeting regularly in a small house in Victory Street. They decided to form a committee and started La Vincitrice Band.

In 1871, this society, under the presidency of the Senglea-born merchant Carlo Borg, was formally registered with the authorities. Its first bandmaster was Pasquale Millo from Syracuse.

Later in 1874, the band gave performance in Queen’s Square, Valletta. These may have encouraged the inhabitants of the capital city to launch a band there. 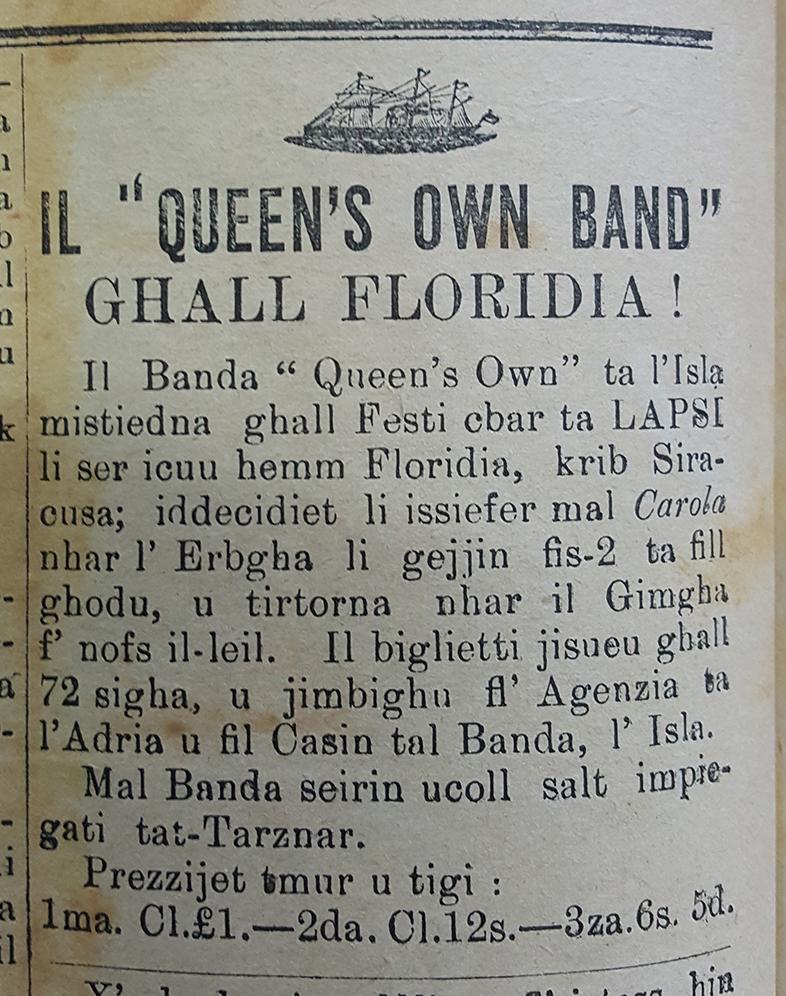 The notice which appeared in the journal Malta Tagħna on May 23, 1908, regarding the tour of the Queen’s Own Band in Floridia.

La Vincitrice became the first Maltese band to perform abroad, a breakthrough for local band clubs. On June 26, 1875, it sailed to Catania aboard the Turkish liner Trabulus Gorb. During the sojourn, the band executed 20 musical works composed by Auber, Gabriello, Gatti, Nani, Straus, Verdi and others.

Musical performances in Floridia (1903) and nearby Syracuse (1906) followed .

In 1876, the committee decided to add the word Progresso to the name of the band, thus becoming, La Vincitrice e Progresso.

On April 6, 1876, La Vincitrice e Progresso, together with La Nazionale Vincitrice (today’s King’s Own) and La Nazionale La Valette, took part in a festive cortège which led Albert Edward, the Prince of Wales (later King Edward VII) from Marsa to the Governor’s Palace, Valletta. In St George’s Square, the three bands played God Save the Queen as the prince appeared at the palace’s balcony to greet the crowd.

On December 22, 1876, the band played funeral marches during the cortège of Salvatore Borg, a bandsman who died at the age of 19. The cortège left Senglea’s Collegiate church and continued on foot to the Santa Maria Addolorata Cemetery, Paola. With this service, attended by other musical associations, the band became the first to organise such a cortège. 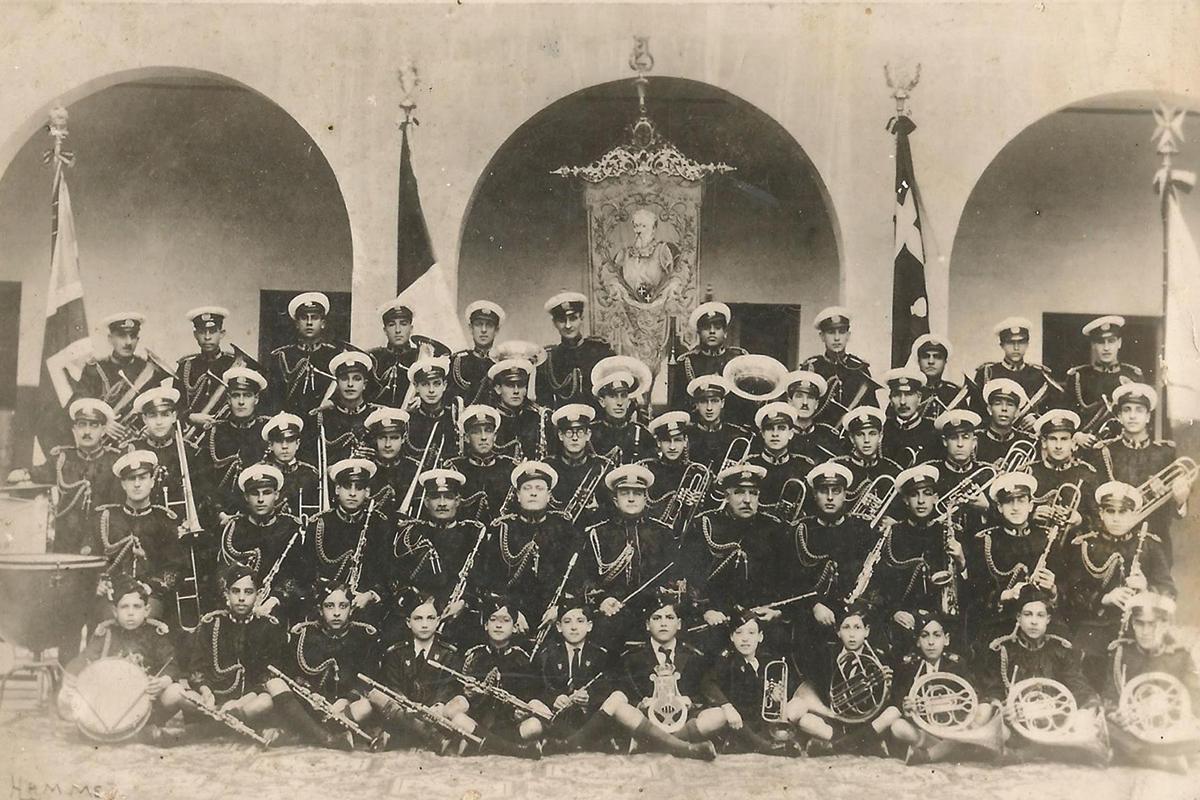 In 1897, the band passed under the baton of Giuseppe Parisi, who changed the formation of how the bandsmen placed themselves during band marches by removing the brass elements from the front rows and placing the clarinetists in their stead. Henceforth, other conductors followed suit.

Apart from participating in the external festivities organised in September in honour of the Nativity of the Blessed Virgin Mary, since 1898, it also joined in the Good Friday procession in Senglea, playing funeral marches composed by prominent composers and bandmasters who conducted this same band.

This philharmonic society also actively participated in carnival manifestations held in the locality in the most unique and picturesque way. The band used to start its parades on Thursday, known as Giovedì Gras, and, during these festive marches, participants threw large quantities of sugared-almonds or perlini.

In 1903, the club moved to 176, Victory Street, corner with Immaculate Conception Street.

It lost its premises during World War II

On April 16, 1903, King Edward VII, accompanied by his consort, Queen Alexandra, visited the Maltese islands, the first British reigning sovereign to do so. This royal visit included the ceremony of the laying of the foundation stone of the breakwater at the entrance to the Grand Harbour, which took place on April 20.

In honour of Queen Alexandra, the band’s name was changed to that of Queen’s Own. The official writ, giving permission to the Queen’s Own Band to carry the royal coat-of-arms on its standard, was issued on August 5, 1903. 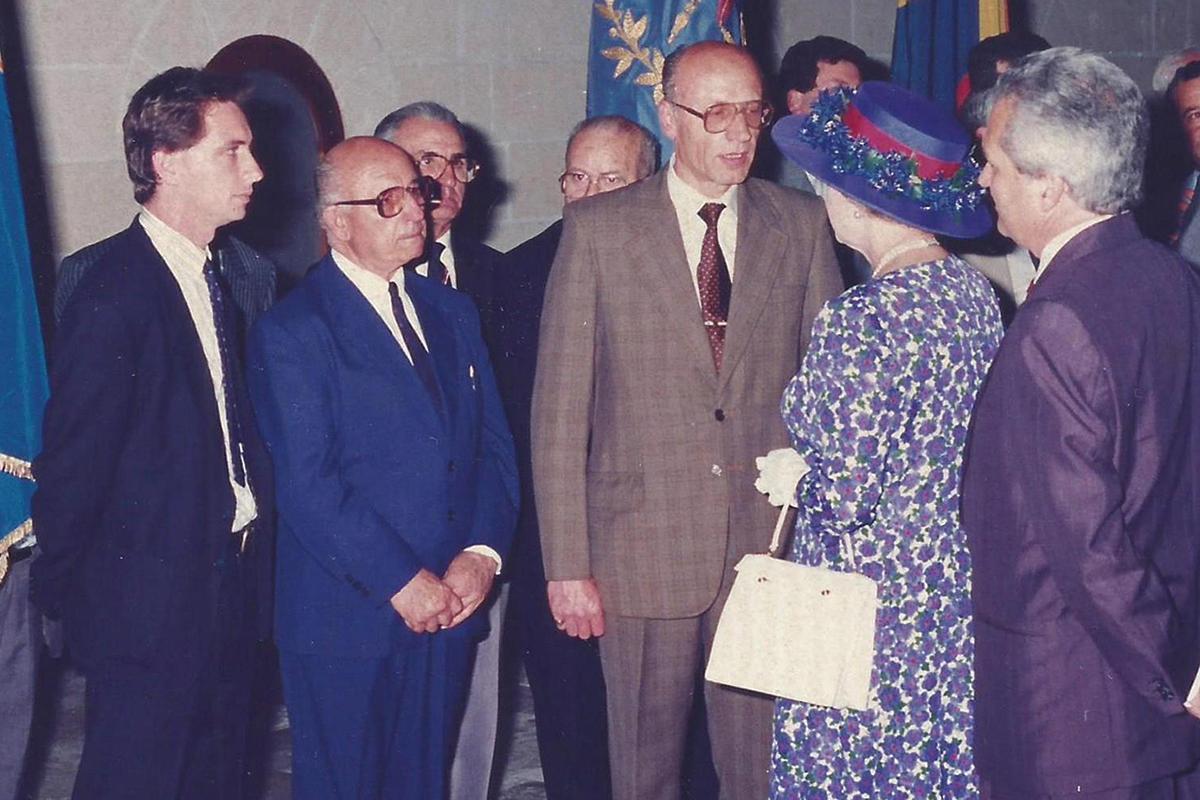 A delegation of the Queen’s Own Band committee, led by president Pio Mangion, greeting Queen Elizabeth II at the Mediterranean Conference Centre on May 28, 1992.

On April 22, 1913, the Queen’s Own Band played festive marches at Senglea Point to welcome Cardinal Domenico Ferrata, sent to Malta as papal legate to lead the XXIV International Eucharistic Congress. 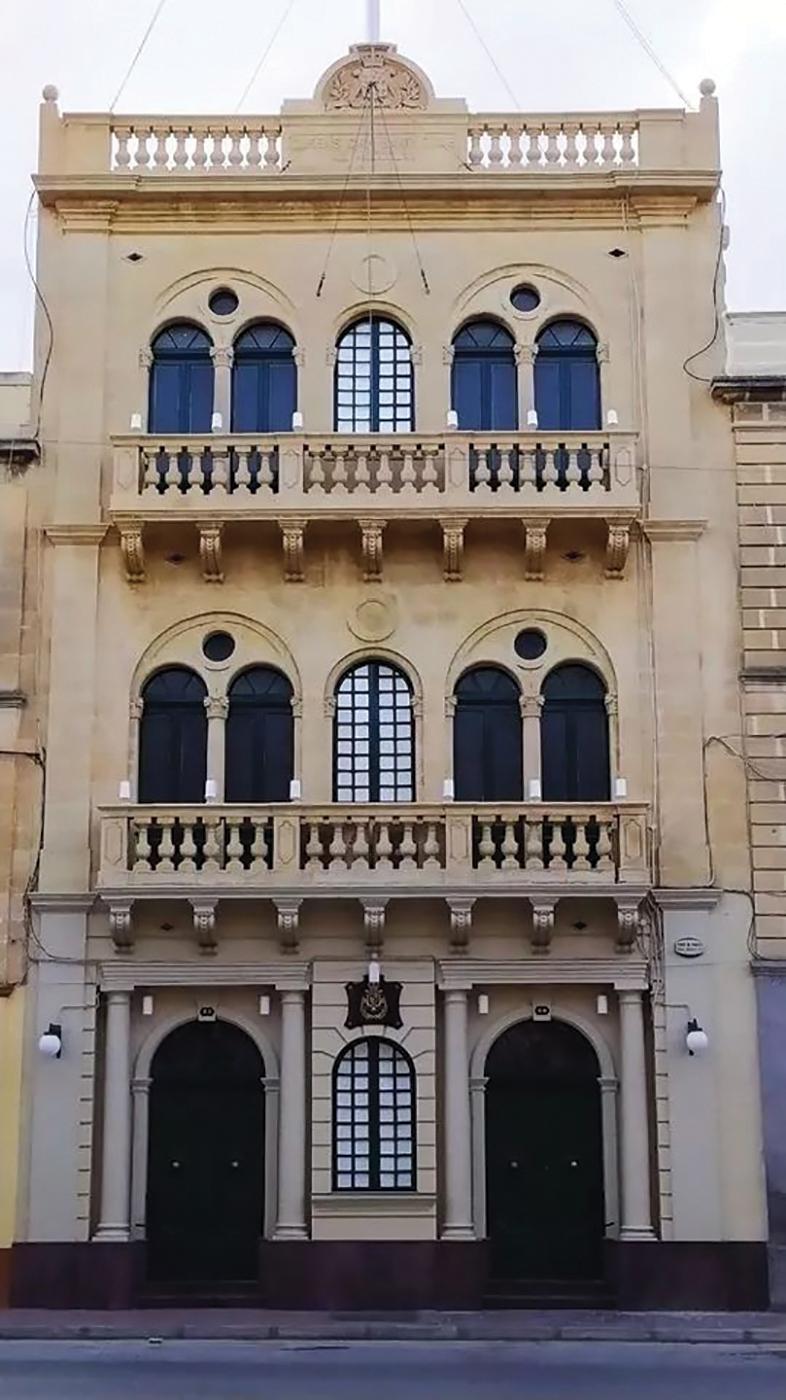 In early September 1921, the band played an active role in the various celebrations held in Senglea on the occasion of the solemn coronation of the statue of Maria Bambina, held on September 4.

During World War II, Senglea suffered heavy bombardments, many buildings were ruined and this philharmonic society lost its premises. Notwithstanding these severe setbacks, the band joined in the procession with the statue of the Bambina held in Senglea on September 8, 1943, during which the news that Fascist Italy surrendered unconditionally was broadcast.

While the club was moved temporarily to 199, Victory Street, corner with St Julian’s Street, the committee strove to rebuild the band club at 63/64 Victory Street. It was eventually inaugurated and blessed on September 3, 1955 by Canon John Carl Burlò, Archpriest of Senglea. On September 2, 1956, Mgr Emmanuel Galea, vicar general, consecrated the club to the Sacred Heart of Jesus.

The Queen’s Own Band enthusiastically participated in the festivities held in 1971 on the occasion of the 50th anniversary of the coronation of the statue of Maria Bambina. On September 7, 1971, the committee welcomed at the club Cardinal Giacomo Lercaro, who, on September 4, 1971, placed a gold sprig at the foot of the statue of the Bambina. At the entrance of the club, the cardinal inaugurated two marble plaques commemorating the centenary of its founding.

In September 1996, the band contributed in the festivities commemorating the 75th anniversary of the coronation of the statue of Maria Bambina. As part of these celebrations, on August 23, 1996, the statue of the Bambina was transported by sea from near the fish market, Valletta, to Senglea on a decorated barge on which there was also the Queen’s Own Band playing Marian hymns. 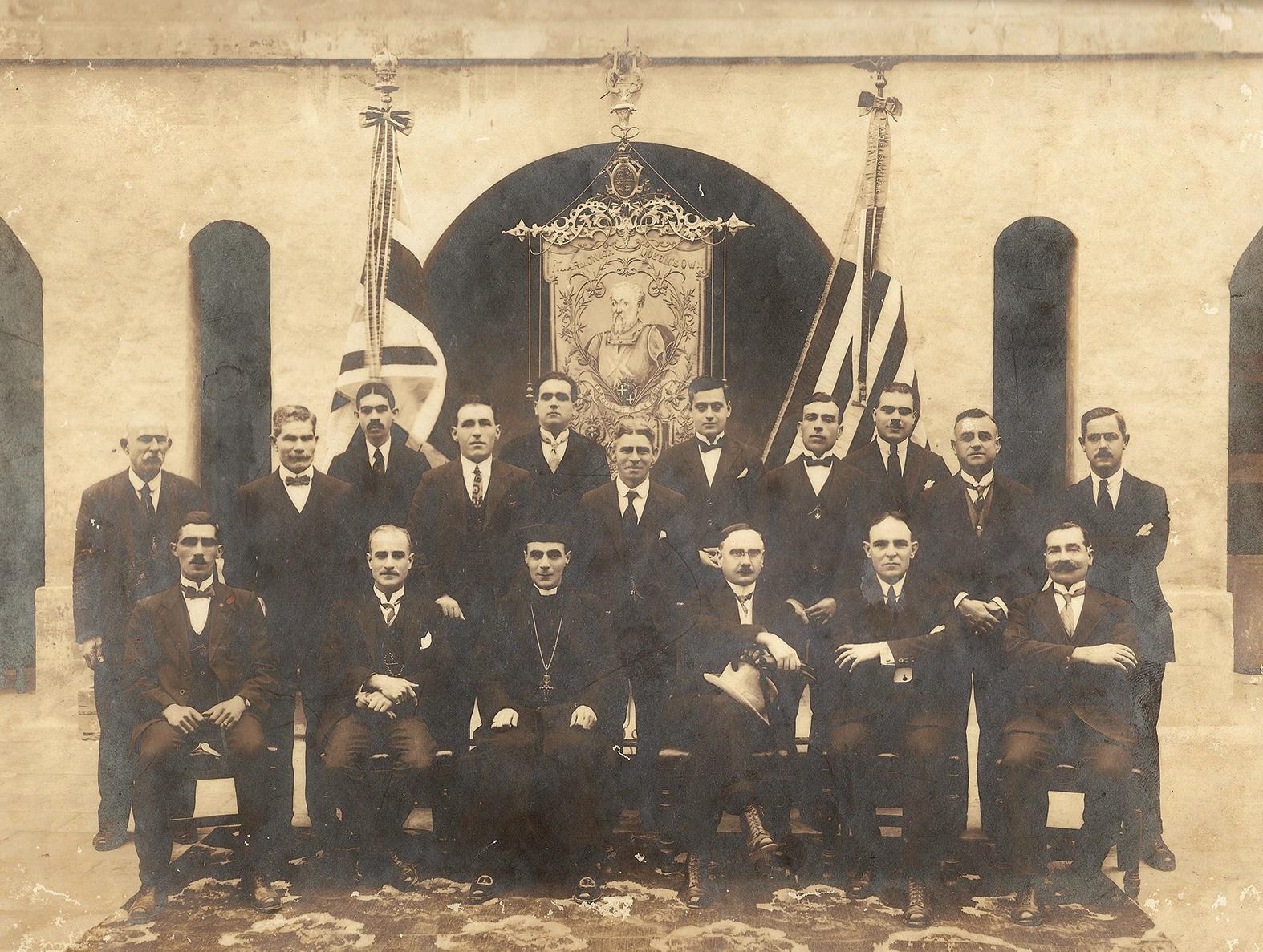 The 125th anniversary of the founding of this philharmonic society was commemorated in 1996. To mark this occasion, the committee welcomed at the club then president of Malta, Ugo Mifsud Bonnici, who unveiled a commemorative marble plaque.

For this occasion, the band’s director, Brian Cassar, composed the Innu lill-Banda Queen’s Own.

On January 6, 2006, during an extraordinary general meeting held for members, the society reverted to its original name: La Vincitrice AD 1871.

The band participated in other important local occasions over the years, notably the installation of various Senglea archpriests, the funeral cortège of Mgr John Sladden (April 5, 1986), welcomed Pope John Paul II at the Senglea Marina (May 26, 1990) and the inauguration of the Senglea War Victims Memorial (September 5, 1991).

The club also welcomed notable personalities including presidents and prime ministers of Malta, ambassadors, bishops, ecclesiastics and politicians. During the visit to the club, these personalities were shown the valuable musical archive which includes musical compositions by famed bandmasters, most of them having conducted the band since its inception.

Since its foundation, this philharmonic society was lead by 21 presidents and 18 bandmasters. It established itself as a principle element to spread, induce and preserve the culture of music while being instrumental in consolidating and in sustaining the character of the festa Maltija.

Fervent congratulations go to the Società Filarmonica La Vincitrice AD 1871 on this sesquicentennial anniversary, hoping it stimulates renewed enthusiasm to convey this heritage to future generations.