Updated 9.10 am. Wednesday - The Labour Party has leapt at the controversy caused by London Mayor Boris Johnson's comments on bendy buses yesterday, producing billboards which sprouted in several parts of Malta today.

Johnson, speaking at the Conservative Party conference, took a dig at Arriva’s “jack-knifed diplodocus” bendy buses, which, he said, were now  “clogging up the streets of Malta”. 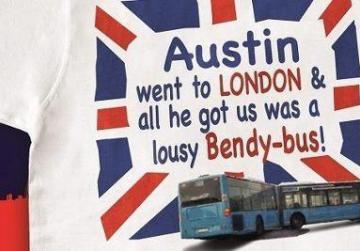 The Labour billboard is also doing the rounds on facebook.

In a rousing speech, the Tory mayor said he kept his promise to Londoners to abolish the long buses and bring in a new Routemaster bus.

The unpopular bendy-buses are now clogging up the streets of Malta, Mr Johnson boasted.

Arriva shipped the buses to Malta after they were taken off the streets of London last year.

The Transport Ministry in a reaction said:

"MITC notes that articulated buses were the subject of some humour in the speech of the Mayor of London at the British Conservative Party conference.

"His remarks have also made it to the comment boxes and facebook pages of prominent Labour spokesmen here in Malta. Quite apart from the fact that this must be the firsttime in living memory that the MLP has found anything useful to repeat from the British Conservatives, we assure Mayor Johnston that passengers in Malta appreciate the comfort and the sheer capacity of articulated buses as they comfortably carry in a single bus journey what used to take 3 to 4 buses before.

"By our mathematics that is considerably less congestion, rather than more. Mayor
Johnston's mathematics will have to work out the considerably higher expense for
bespoke buses that London tax-payers have to pay for to replace the transferred bendy buses.

"One need hardly point out that even if removed from London streets; articulated buses are hardly an exclusive feature of Maltese roads. They operate in just about every other city in Europe with high bus passenger numbers." 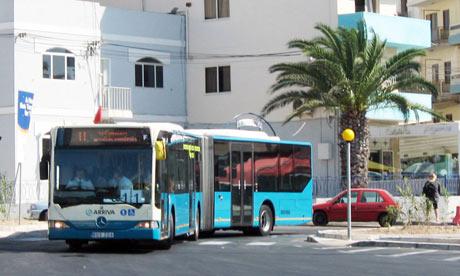