The Labour Party would win a general election by more than 50,000 votes, securing 57% of the electorate’s support if a vote were to be held today, a survey commissioned by Times of Malta has found.

The gap is 3.7% wider than the 2017 general election result that saw Labour return to power with a historic majority.

The survey found the Nationalist Party would secure 42% of the vote, leaving a gaping 15% gap between the two main parties with less than a year to go to the end of this legislature.

The fieldwork ran between July 17 and July 21 and has a margin of error of 4%.

The survey is based on data collected from 600 respondents aged 16 and over, as the upcoming general election will be the first time that 16-year-olds are allowed to cast their ballot.

All interviews were carried out over the phone using random digital dialling and included a mix of landline and mobile numbers.

Who should be prime minister?

Robert Abela enjoys the largest share of support, with 44% saying they prefer him as prime minister over his main political rival.

Bernard Grech is the preferred candidate of 17% of respondents.

That said, more than a third of respondents did not indicate who they would like to see walk up the stairs of the Auberge de Castille.

Of those, 25% said they preferred neither candidate while 14% refused to answer.

Respondents also gave the two leaders a performance rating in ascending order from one to 10.

Abela vs Grech: support based on 2017 voting

Labour leader Abela enjoys the lion’s share of support among Labour voters in the 2017 election, with 82% of those who last voted PL saying he is their preferred option of the two.

Conversely, just 3% of those who voted PL in 2017 back Grech to be prime minister.

Meanwhile, among those who voted PN in 2017, Grech is the preferred candidate with 54%.

Abela, on the other hand, enjoys 8% of the support of those who voted for Simon Busuttil’s PN in the 2017 election.

Some 38% of PN voters did not identify their preferred candidate, either refusing to say (12%), or indicating it was neither of the two (26%). 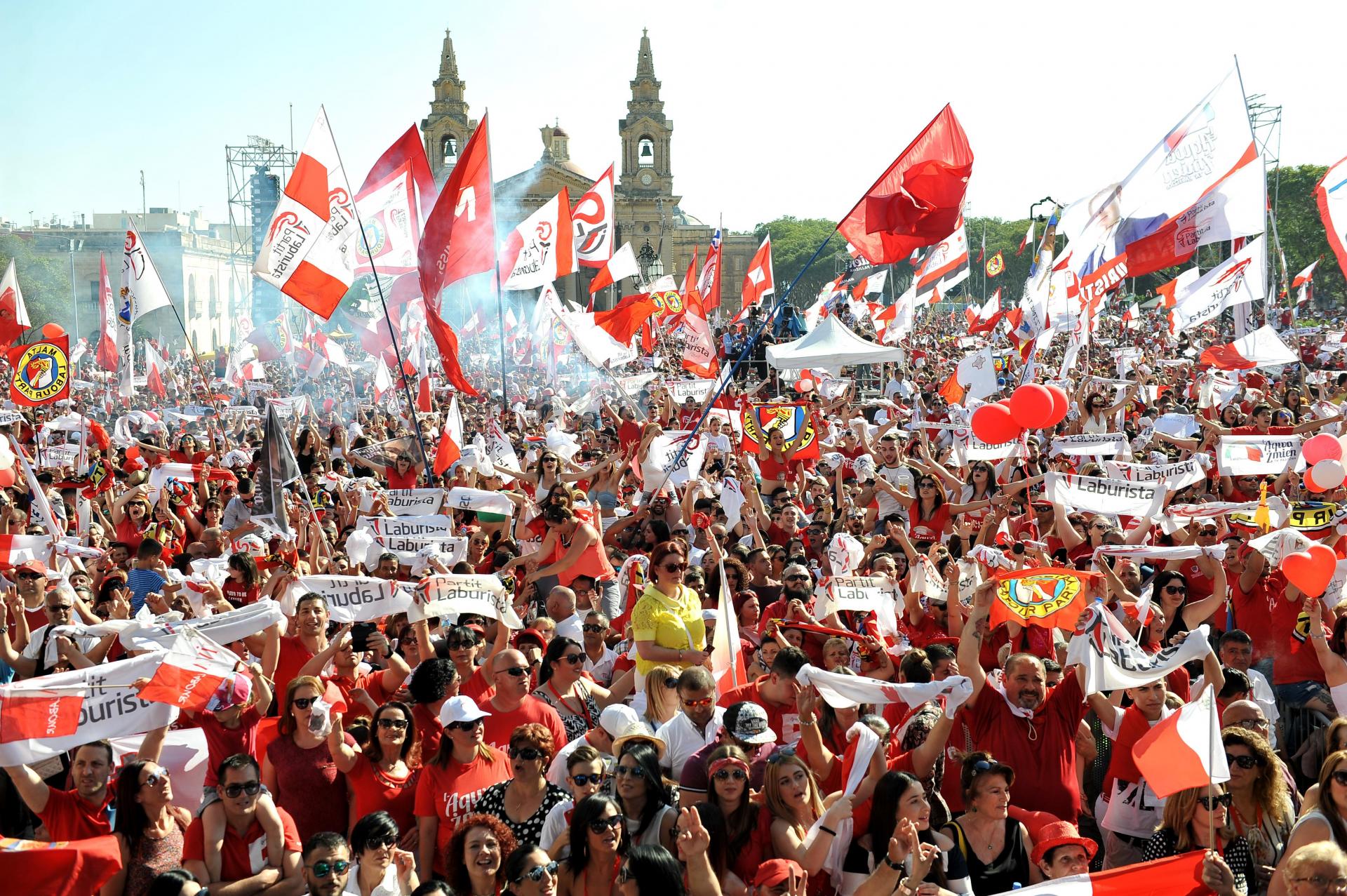 Will you change your vote?

More than three-quarters of respondents, 78%, say they will be sticking to the way they voted in the 2017 general election.

Meanwhile, 16% say they will be voting differently, leaving 6% who refused to answer.

A closer look at the data shows that 16% of those who voted Nationalist in 2017 say they will not be voting for them this time around.

Practically the exact same amount, 15%, of people who voted Labour in 2017 say the PL no longer has their support.

A quarter of those who invalidated their vote in 2017 say they won’t do the same the next time they step into the voting booth.

What are voters’ priorities?

Labour voters favour the party’s policies and the way the economy has been handled, while Nationalists prioritise anti-corruption, and want to see a change in the party in government.

Of those who intend to vote Labour, nearly a third, 32%, said they are motivated to do so by the policies the PL is putting forward.

Just over a quarter, 26%, say Labour’s economic plans are the main reason they back the party, and a fifth identified good management of the healthcare system as the main reason to vote red.

On the other side of the political divide, 38% of those who plan on voting PN say it is the party’s policies to combat corruption that most attract them.

Just shy of a fifth say they like all the PN’s policies, and one in 10 say they simply want to see a new party in government after two Labour-led administrations.

Nationalist voters appear more concerned with the environment than those who plan to vote PL. 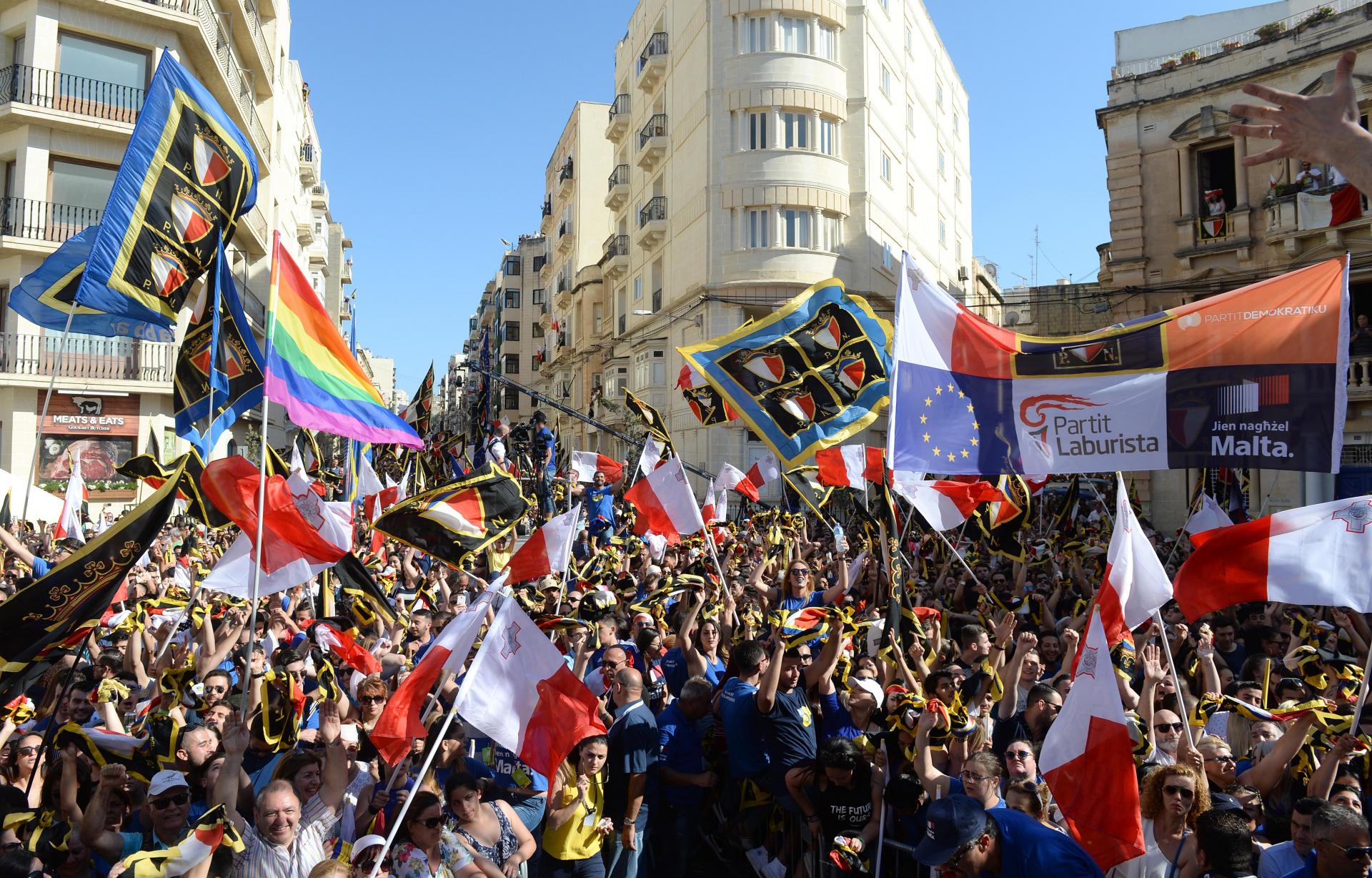 Nationalist voters at a 2017 rally in Sliema. Photo: Matthew Mirabelli

While 7% of Nationalist voters say the environment is the main thing driving them to vote PN, just 3.6% of Labour voters have green policies at the forefront of their concerns.

At the bottom of the priority list for PN voters is ‘transparency’: just 1% say this is the main reason to vote blue. The matter, however, does not feature on the list of reasons to vote Labour.

Labour voters, on the other hand, list ‘incentives for businesses’ as a leading reason to vote PL for 4% of their supporters. The issue does not feature on the main reasons to vote PN.

Is the government doing a good job?

Just over half of respondents, 54%, think the government is generally doing a good job.

On the other hand, 29% think the government is performing badly, and 14% say they don’t know.

The remaining 3% refused to answer.

Nearly half of those who rate the government highly say the main reason is that the administration has so far done a good job of dealing with the COVID-19 crisis.

A third cited the strong economy as the main reason for the positive review, while a fifth pointed to the well-functioning healthcare system.

This is followed by 32% who say the government is doing a bad job of managing the pandemic, and 23% who say Malta’s FATF greylisting was the final straw.