Reacting to the decision, a spokesman for the Office of the Prime Minister told the Times of Malta that the government was disappointed the Parliamentary Assembly did not take the opportunity to “review the rapporteurship and appoint someone who can be trusted to be independent, impartial, and conduct the review with integrity”. 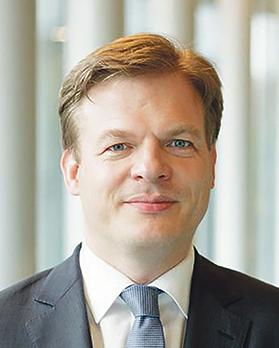 Mr Omtzigt’s public statements and introductory memorandum made it clear this was not the case, the OPM spokesman noted.

Dr Mallia, now a Labour MP, made the request in his capacity as member of the Committee on Legal Affairs and Human Rights of the Council of Europe’s Parliamentary Assembly.

Read: Too much power in Malta prime minister's hands - Council of Europe rapporteur

Sources told the Times of Malta that Dr Mallia got no backing from other committee members, including those within his own political grouping.

The Prime Minister was informed of the MP’s request, the spokesman went on, adding that Dr Mallia’s concern was based on “information and evidence, available in the public domain”.

However, no details about this “information and evidence” were supplied.

“Dr Mallia’s request was not intended to stop the report. It raised legitimate concerns about Mr Omtzigt’s ability to lead an impartial and fact-based review,” the spokesman said.

Mr Omtzigt was tasked with drawing up a report on Ms Caruana Galizia’s murder and the state of the rule of law last April after a motion to appoint a rapporteur was signed by what had been described as “an exceptionally high number” of MPs from across Europe.

Mr Omtzigt told the Times of Malta on Tuesday he was happy the committee had shown its “full support” for his mandate.

“During my time in the Council of Europe, this is the first time something like this has happened,” he said.

“It truly is exceptional. I am fully committed to my work and I remain open to speaking to anyone to understand the situation in Malta better.”

He plans to visit the island later this year.