The Labour Party this evening launched a 10-year plan that will seek to ensure that half the candidates contesting the 2027 general election are women.

The plan, Lead, was announced by MEP Miriam Dalli this evening during the party’s general conference which kicked off today.

Addressing party delegates, Dr Dalli said that the “ambitious plan” sought to entice more women to enter politics. She admitted this would not be an easy task since women faced struggles on a daily basis.

“I found myself working in a system that makes me work harder and one in which women have to constantly prove themselves.

“The initiative is called Lead and it will be an initiative spanning 10 years. We hope that by the 2027 election we will have half the candidates who are women,” Dr Dalli said. 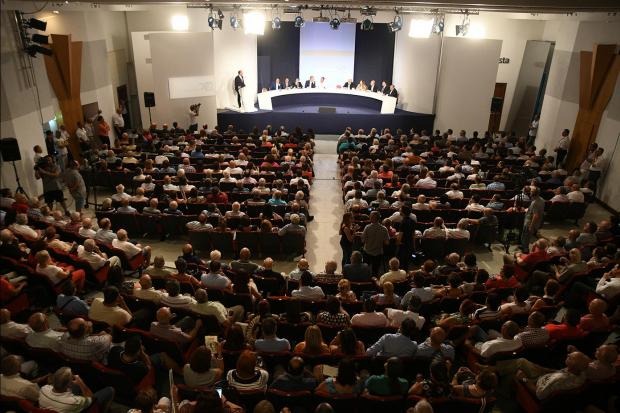 The initiative will be rolled out in phases, with the first involving the recruiting of women interested in becoming involved. Women will be invited to join Lead come September, when a series of mentoring sessions and other “on the ground” training would be given.

“Mentoring will be the main pillar of Lead and will be offered by seasoned politicians. We will also make sure that they are on the ground,” Dr Dalli said.

The party hopes to attract at least 48 candidates who are women by the next election, she added, with the hope of having 35 per cent of female candidates by 2022.

Announcing the initiative, Prime Minister Joseph Muscat said it was high time that the lack of female presence in politics was addressed.

“More than half of the population is not represented in parliament and the fact that there is no real debate about this proves that we are used to it,” Dr Muscat said, adding that this was not acceptable.

While such a task might seem impossible at this stage, the Labour leader told delegates that the party was used to making the impossible happen and this would be yet another instance where the PL proved it was intent on bringing about positive change.