Of the many suitable places to celebrate an astounding election result, the epicentre of the money laundering allegations levelled against your party may not immediately spring to mind.

Yet, as celebrations spiralled out across the island, a group of Labour supporters were sighted drinking and posing for photographs on the steps of the Pilatus Bank offices in Ta’ Xbiex.

Whether the group were celebrating the lack of impact the allegations ultimately had on the election result, or simply taking the opportunity to raise two metaphorical fingers at their opponents, is not clear.

The stunt was one of only a number of creative celebrations spotted around the island as Labour supporters let out their emotions at the successful end of a divisive campaign.

Amid the ramshackle vehicles making up the carcades, even a live donkey appears to have been unwittingly dragged into the fray.

Images currently making the rounds on social media shows the animal decked out in PN and Maltese flags and paraded through the streets, much to the dismay of animal rights activists.

Many readers reported a feeling of anarchy on the roads, with supporters breaking every imaginable law as they carcaded to celebrate Labour's astounding victory. 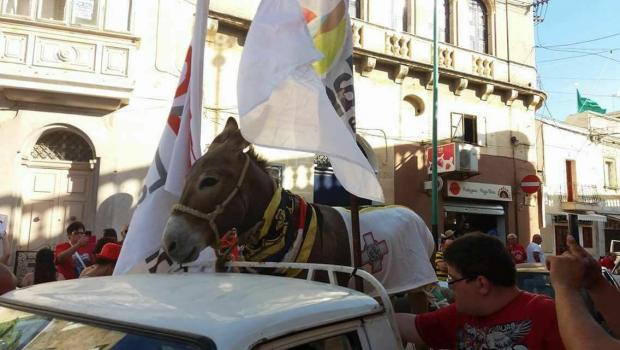