Joseph Muscat said the Labour Party’s election manifesto was a mandate for a better Malta as delegates approved the 171-page document this evening.

The Labour leader said the manifesto was superior to the one people voted on four years ago.

“This is not only a plan for creating more wealth and jobs but a plan to ensure a quality leap forward,” Dr Muscat told delegates gathered at the Eden Arena in Paceville.

In a calm and composed tone, Dr Muscat admitted there were instances when he could have done better over the past four years.

“Governance is one those areas, where despite the introduction of key legislation, we have to bow our heads in front of the people’s criticism,” he said.

The Labour manifesto includes a proposal for a constitutional amendment to ensure automatic review of decisions taken by politicians who breach specific duties and fail to honour their responsibilities. This, Dr Muscat said, would give the Constitution power over politicians.

Dr Muscat said he was proud to have led the Maltese government that managed to create the most jobs, reduce unemployment to its lowest levels, increase the female workforce and ensure more disabled people joined the Labour market.

“I am proud of having led the government that ensured equality,” he said.

Looking ahead, he said the manifesto proposed a great liberal leap forward, which no other political force in the country could promise.

“We will be ethical in our choices and we will be guided by science and reason, not fear,” he said.

He then asked voters to choose the right people to help him implement this plan.

Dr Muscat eulogised his deputy, Louis Grech, who will not be contesting the election and said he will still have a role in a new Labour government.

“It is thanks to Louis’s work that we implemented 90 per cent of the manifesto and I will delegate the same function to him if we are elected to government,” Dr Muscat said to applause.

Mr Grech was responsible for overseeing the implementation of the manifesto in the outgoing legislature.

Dr Muscat said that despite the lies directed towards him and his wife, it was his job as Prime Minister to unite Malta after the election if people put their trust in the Labour Party.

In its manifesto, the Labour Party is proposing the introduction of a transparency register for MPs, ministers and key public figures to declare their commercial interests, with the party acknowledging people wanted to see more done on the good governance front.

The register will be public and used to declare any meetings that can potentially create a conflict. The party is suggesting that lobby groups and NGOs should register their interest for meetings with Cabinet ministers.

At a packed conference hall at the Eden Arena in Paceville, delegates heard several private individuals say how their lives improved over the past four years as a result of government’s policies.

Shania Micallef, a transgender person, described Joseph Muscat as a father who gave her back her life. In an emotional speech, she recalled the legal changes introduced by the government that allowed her to be officially recognised as a woman. “I found the courage to stand up and in the next election I will be voting for my life, that is why I will vote Labour,” she told delegates.

Another emotional moment was the address by Amanda Briffa, who managed to conceive a boy 11 months ago as a result of the IVF treatment offered at Mater Dei Hospital for free. She called for a reform of the law to allow egg and sperm donation, as well as embryo freezing to help infertile couples like her own.

Some of the pledges in Labour’s manifesto 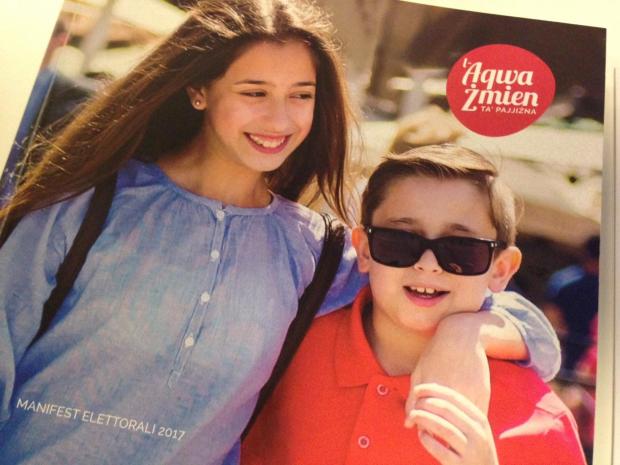