A Misco survey commissioned by The Sunday Times of Malta shows Labour with a commanding lead over the PN ahead of next month’s European elections, while voters identify their major concerns.

Sixty-eight per cent of respondents intend to vote in the European Parliament elections due on May 25.

Sixteen per cent will not be voting and the same amount still did not know if they would.

There is likely to be a higher incidence of voting among women and among those aged 55 and over.

Among those who voted Labour in the 2017 general election, 77 per cent intend voting while only 68 per cent of PN voters said they intended to.

Of those who stated they intend to vote, or still do not know if they will, 59 per cent said they would vote for Labour and 37 per cent for the PN.

Alternativa Demokratika and the Democratic Party will pick up just two per cent each of the votes, according to the survey.

Based on these percentages, the most likely outcome of the election will be four seats for the Labour Party (a gain of one) and two seats for the Nationalist Party (a loss of one).

However, since Malta has the single transferable vote electoral system, what will eventually determine the number of seats is not the number one preferences but the way votes get transferred from one candidate to another. A five to one seat victory for Labour, while unlikely, cannot be ruled out.

A 37 per cent vote for the PN would be the lowest ever for the party in the post-Independence era; in the last European election in 2014 it won 40 per cent of the vote, while in the 2017 general election it garnered 43.68 per cent.

This poll confirms the trend seen in other published and unpublished polls, of a shift from the Nationalist Party to the Labour Party since the 2017 general election.

It also confirms the view that the smaller parties are not expected to make much of an impact at next month’s European elections.

Those respondents who do not intend to vote were asked why this was the case, with 34 per cent stating they have no interest in voting and 18 per cent saying they do not trust any of the candidates. Other reasons were mentioned but they all obtained less than five per cent of mentions.

Two other questions indicate the extent to which respondents may switch from one party to another between elections.

Forty-two per cent of respondents consider themselves as floating voters. The incidence of floating voters is higher among those aged under 55 and among males, and least in the south-eastern region of Malta.

Sixteen per cent of those who intend voting for the Nationalist Party in the forthcoming EP elections consider themselves to be floating voters, while this is true for 28 per cent of those intending to vote Labour.

Seven per cent of all respondents claimed to regret the way they voted in the 2017 general election.

Leaders of the pack

While 59 per cent of respondents are still undecided whom to vote for, 29 per cent of Labour voters named Miriam Dalli as their preferred candidate and 16 per cent named Alfred Sant. The other PL candidates all received a minimal number of mentions.

Among Nationalist voters, the top two were Roberta Metsola, at 21 per cent, and Frank Psaila, with 12 per cent. Francis Zammit Dimech (nine per cent) and David Casa (two per cent) followed.

As to the factors that respondents will base their vote on, 52 per cent said national issues, 35 per cent said the candidate, 26 per cent said it was the political party, and 23 per cent cited issues related to the European Union. 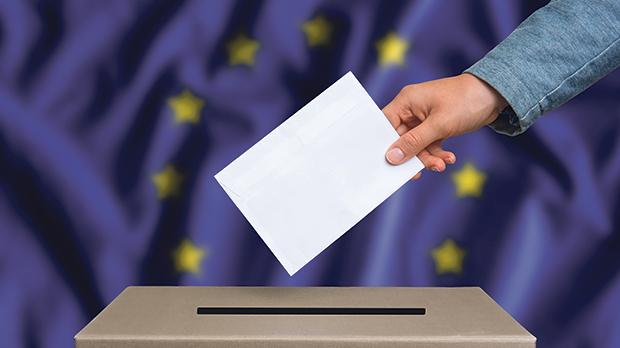 The Labour Party is set to increase its support at next month’s European Parliament elections. Photo: Shutterstock

Foreigners and traffic are main issues

Immigration and traffic got the most mentions by respondents when asked what they thought were the two most important issues facing the country.

Traffic was mentioned by 19 per cent of respondents (compared to five per cent two years ago).

Traffic is seen as the most important issue by persons aged under 25, followed by too much construction work and the environment.

Corruption increases in importance as one moves up the age groups, while the environment tends to get more important the younger the respondents.

For declared Labour voters, immigration and traffic are the major issues, both mentioned by 23 per cent of PL respondents.

For declared PN voters, corruption and immigration are by far the major issues, mentioned by 32 per cent and 31 per cent respectively.

Among those that consider themselves as floating voters, 31 per cent consider immigration to be the major issue followed by traffic, mentioned by 21 per cent of such respondents.

This was followed by a “stressful lifestyle” at six per cent and the cost of property, also six per cent.

The stressful lifestyle and cost of property declines in importance as one moves up the age groups.

This is the first time, however, that “stressful lifestyle” has made it into the list of personal challenges.

Among declared PN voters, personal financial issues are by far the most often mentioned challenge, at 47 per cent.

On the other hand, declared Labour voters see traffic as their major challenge (20 per cent).

Respondents were also asked to identify the main issues which they believe the main political parties are talking about.

When it comes to the Nationalist Party, 12 per cent said it is talking mainly about corruption, 5.9 per cent thought it was personal financial issues and two per cent said immigration. Fifty-six per cent didn’t know.

This survey was conducted by Misco International Limited among a random sample of 402 respondents. Interviews were conducted by telephone by trained interviewers under the direct supervision of Misco fieldwork coordinators. Respondents were selected using the random digit dialling method. Fieldwork was conducted between the March 27 and 29 A sample of 400 provides a margin of error within ±5%.

Data was weighted according to age, gender, and region. Weighting is used to adjust the results of a study to bring them more in line with what is known about a population. The weighting was done according to the Demographic review of 2014.

The data was also analysed by the occupation of respondents.