The Labour Party has won the 2022 general election by a major landslide, securing a hat-trick of victories and returning Robert Abela to power.

The results mean the PL gets a 11-seat majority over the Nationalist Party but the PN is expected to acquire two additional seats through the corrective mechanism, as stipulated in the constitution.

Labour actually lost 8,269 votes since 2017 because of the low turnout, but it was the PN that was punished (losing 12,463 votes) as most as voters stayed home or gave their vote to the smaller parties.

Abela declared victory during a short interview on TVM shortly before 11am on Sunday morning, sparking wild celebrations inside the Naxxar counting hall.

“The people have decided that Malta should keep on progressing,” he said at the counting hall later. 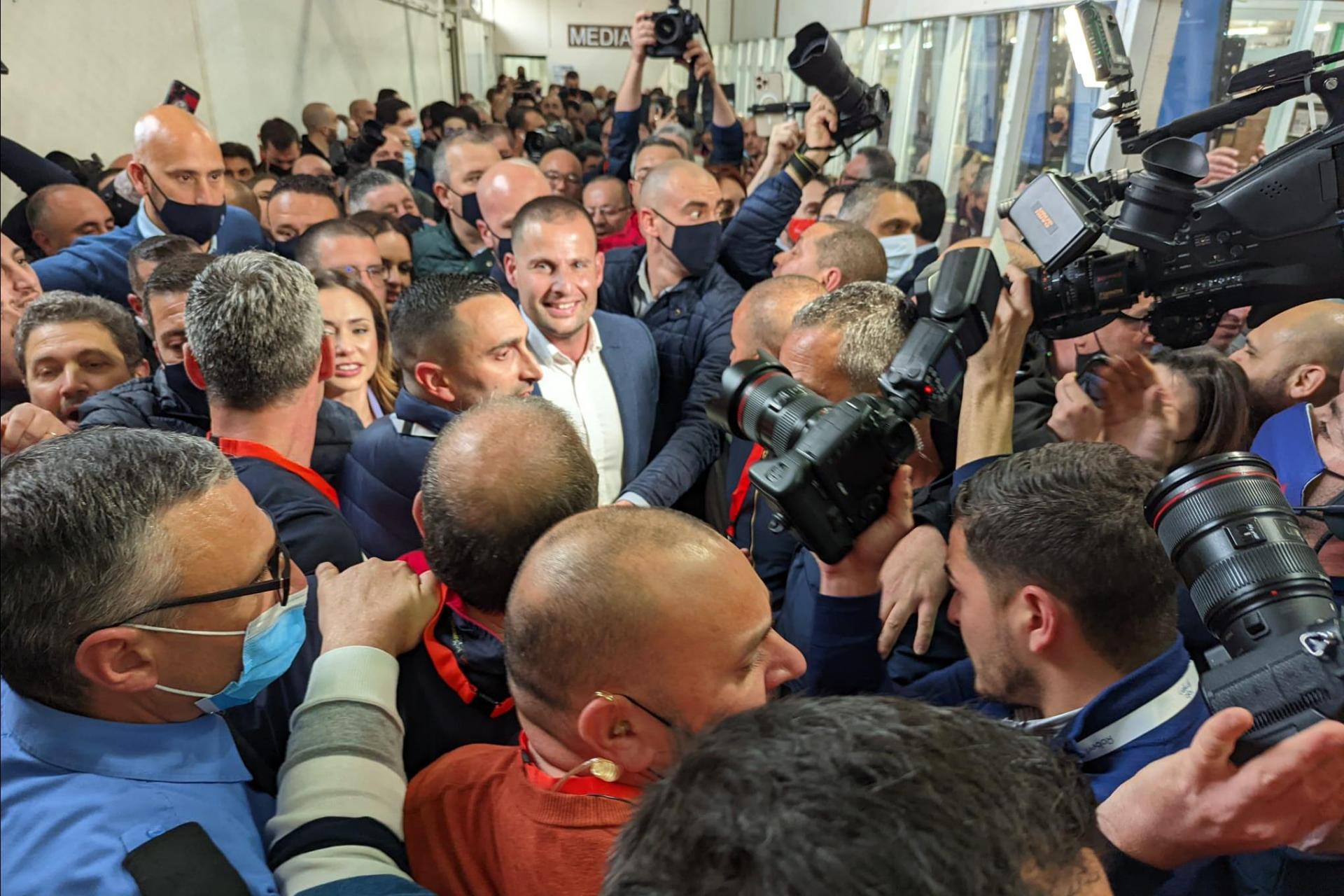 Robert Abela (centre) at his arrival at the counting hall.

Party agents and candidates erupted into chants of "Robert tagħna il-mexxej (our Robert is the leader), hallelujah" and "viva l-Labour," within minutes of the announcement.

PN leader Bernard Grech called Abela to concede defeat and congratulate him for the victory.

Speaking to reporters at the counting hall, Abela said the people had placed the responsibility on the Labour Party to continue to take the country forward. He promised he would work hard and with humility for the benefit of everyone without distinction. The government would seek national unity.

An official result will not be known until the early hours of Monday.

The PL victory comes as no surprise with multiple surveys showing a consistent gap with the PN. 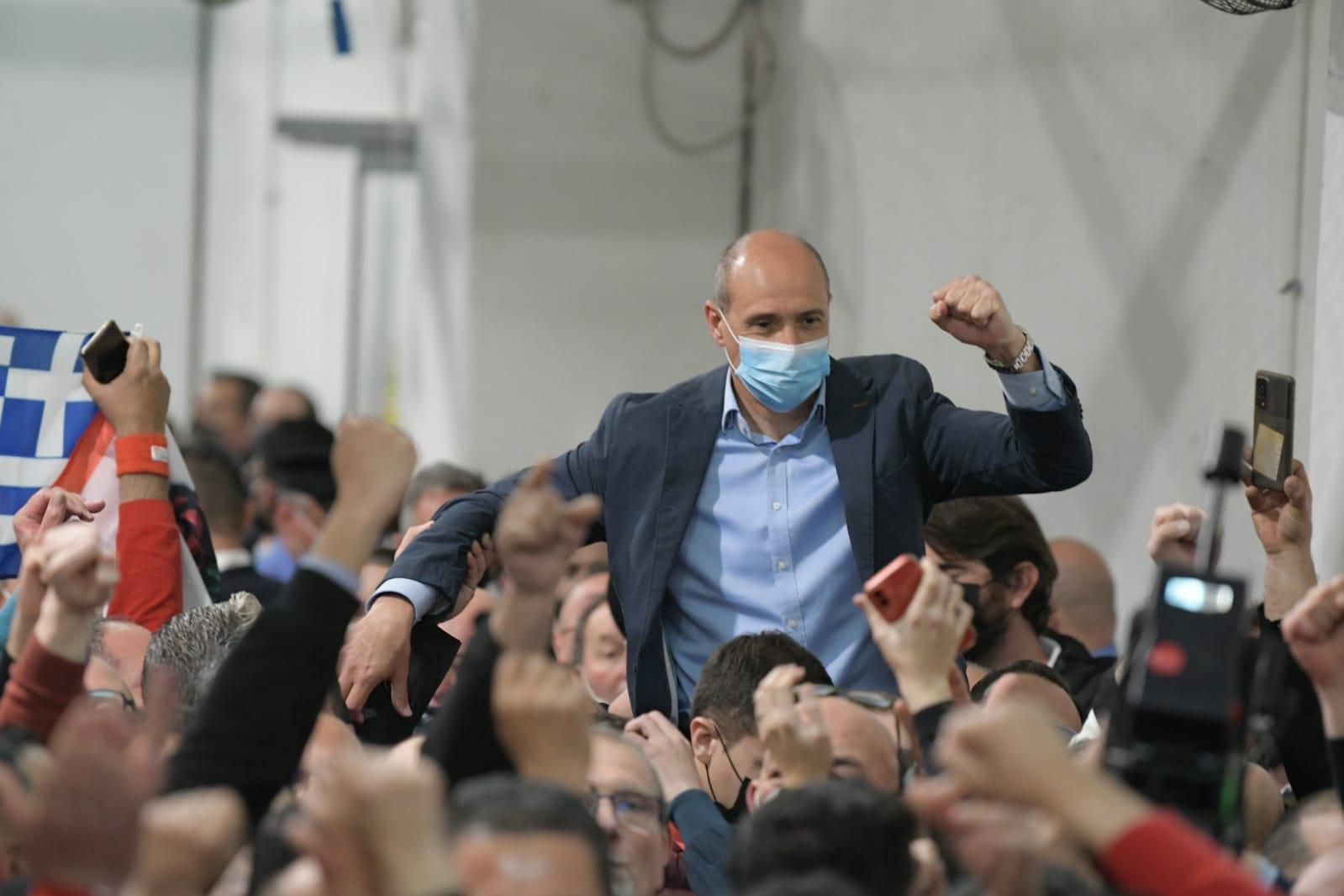 The decisive win comes despite the fact that the incumbent government was riddled with multiple accusations of corruption, relegated the country into a greylist, and was accused of creating a “culture of impunity” which led to the assassination of Daphne Caruana Galizia in 2017. But despite everything, Labour managed to maintain the feelgood factor and in recent years also rediscovered its socialist soul.

Abela, 44, a lawyer, is expected to be sworn into power on Monday and will then form his new government for a five-year mandate. He had succeeded Joseph Muscat in January 2020. 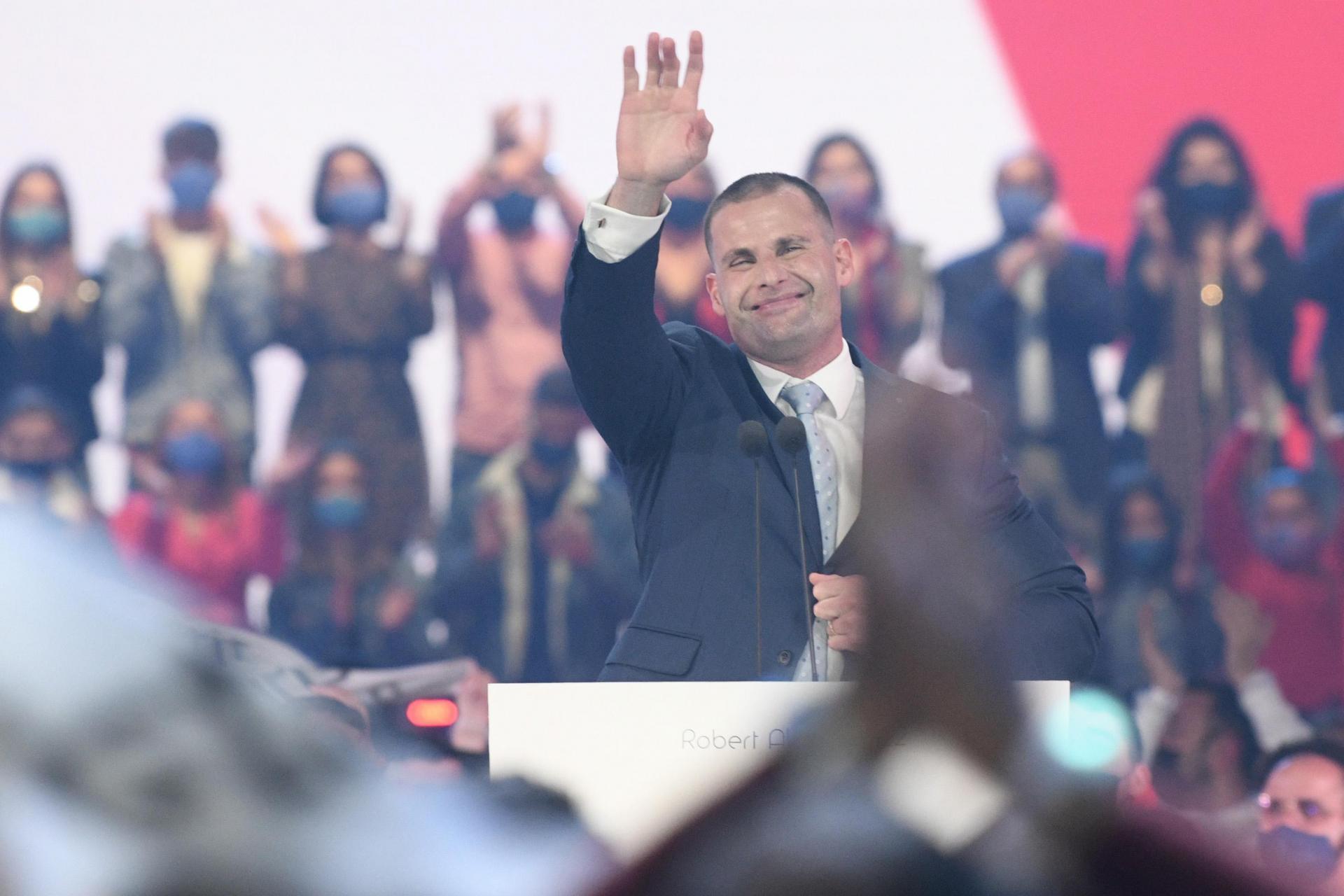 During his last rally on Thursday, he urged flag-waving supporters to "trust me with my first mandate so I can continue changing things".

Abela campaigned on his handling of the coronavirus pandemic and his party's economic record during nine years in power, which oversaw good economic growth and low unemployment.

Launching the PL manifesto, he promised 1,000 ideas for Malta's future, including a €700 million investment across seven years in new green spaces, a proposed reduction in corporate tax to 25%, and extending free childcare to everyone. 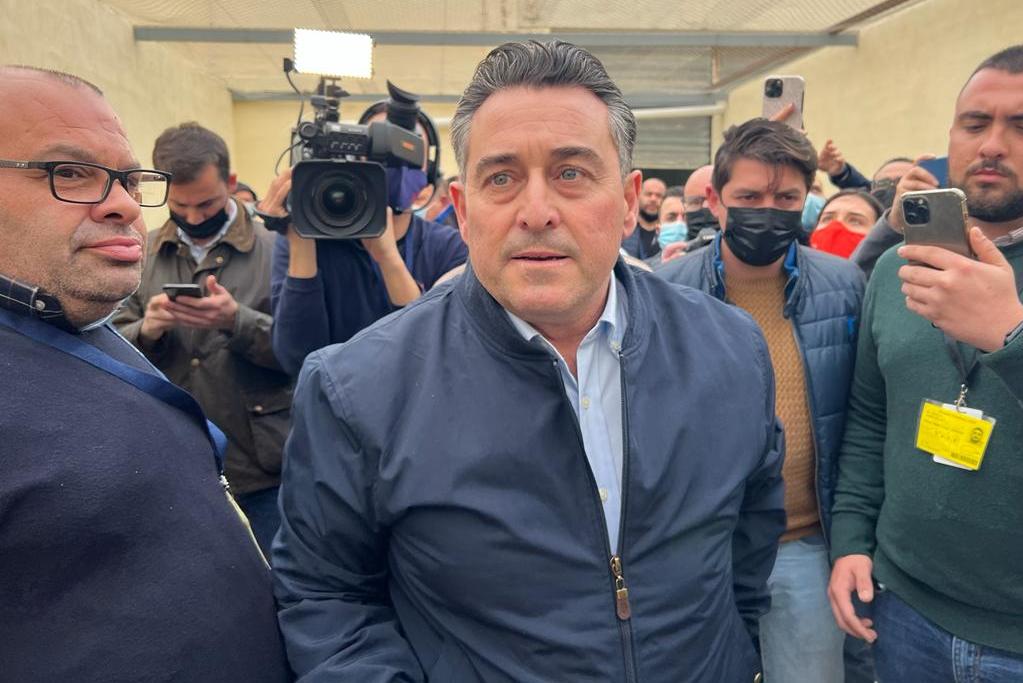 His counterpart Bernard Grech ran an upbeat campaign calling for the need for change, while accusing the incumbent of corruption which came at the expense of the taxpayer.

The PN repeatedly accused the government of using its power of incumbency to full effect, even sending "cost of living" cheques to each household with days ticking to the election. However, the PN has been hamstrung by its own internal divisions.

It is still not known whether smaller parties and independent candidates made any inroads in this election.

The results come at the end of a relatively lacklustre campaign, COVID-19 and the shadow of the Ukraine war which put a dampener on this year’s election. 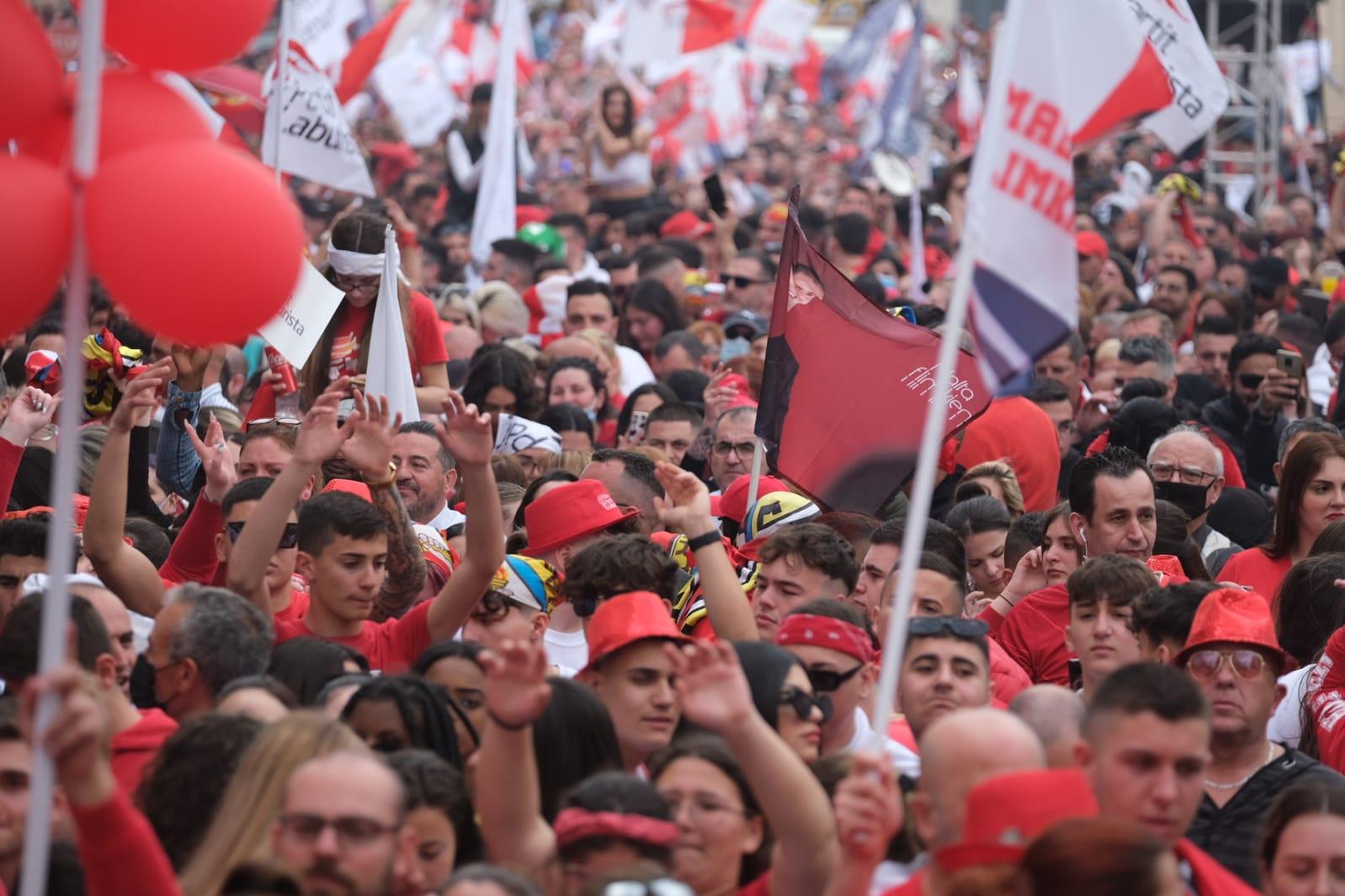 A sea of Labour supporters as the party celebrates a third consecutive win. Photo: Jonathan Borg