Lands Authority chief executive James Piscopo is to step down, following reports that he is the subject of an active criminal investigation into bribery and corruption.

The authority confirmed Piscopo's imminent departure in a statement issued on Thursday morning, saying he had "signalled his intentions not to seek a renewal of his contract."

Piscopo's decision to call it a day comes just weeks after Times of Malta reported that the police were investigating a claim made by former OPM chief of staff Keith Schembri that Piscopo had squirrelled away upwards of €600,000 at the Jersey-based Fairbairn Private Bank.

The two men, who were once close, are believed to have fallen out some years ago after Schembri sensed that Piscopo was manoeuvring to replace him as Joseph Muscat's chief of staff.

Schembri used Daphne Caruana Galizia murder suspect Yorgen Fenech to try to get the claim about Piscopo's offshore account published in around January 2019, giving Fenech a handwritten note purportedly written by Piscopo which the tycoon-turned-murder-suspect was to pass on to contacts in the media. 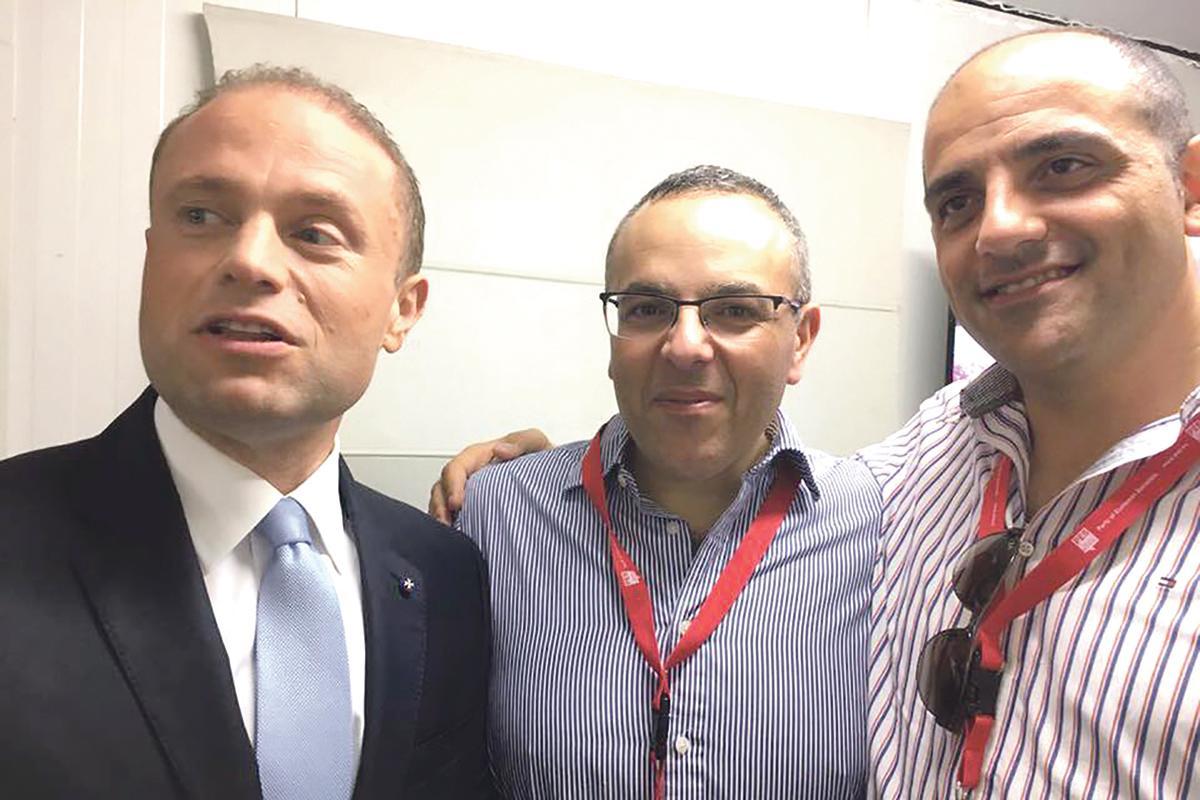 Joseph Muscat, Keith Schembri and James Piscopo. Schembri is alleged to have tried to get Piscopo's alleged offshore dealings exposed in public.

The note is believed to detail movements in the Jersey-based offshore account between 2015 and 2016, with the allegation being that Piscopo had received kickbacks from a major infrastructure project at the time he headed Transport Malta.

Investigators from the police Financial Crimes Investigation Department have reached out to foreign partners to try to establish if the transactions in question took place, and if Piscopo was a beneficiary of the funds.

Piscopo served as the Labour Party’s CEO in the run-up to its 2013 electoral victory and was a key member of Joseph Muscat’s inner circle. He was appointed executive chairman of Transport Malta following Labour’s rise to power and oversaw major infrastructural projects such as the rebuilding of the Coast Road and Kappara Junction project.

He led the transport regulator until June 2018, when he moved to the Lands Authority.

Apart from his job there as CEO, Piscopo also chairs the state's utility billing company, ARMS Ltd and sits on the boards of Enemalta and Projects Malta.

The Lands Authority said that work to issue a call for Piscopo's replacement had started, to allow for an adequate handover period.

It thanked Piscopo for his "sterling" work and listed the changes he had steered through as CEO, from cutting down on backlogs to introducing new online tools and work to allow citizens whose properties were subject to temporary ground to redeem it.

The PN said in a statement this was another confirmation of how the highest authorities in the country are overtaken by the Robert Abela and Joseph Muscat clique, that, in seven years, abused, broke and dismantled the country’s institutions.

Piscopo’s decision not to renew his contract is being used by the government to give the impression that action is being taken against all who are suspected of committing serious crimes, including money laundering and corruption.

His departure, the PN said, is not enough to satisfy the obligation of good governance and implement the necessary justice.

Piscopo’s behaviour during the time he was in a position of power at the Lands Authority and Transport Malta should be made known. The same counted for Keith Schembri, who had been Muscat’s chief of staff, the party said.