A third Captain Morgan ferry has been sent to replace one of the two vessels currently at sea with rescued migrants because it is has more space for the 110 people on board, sources close to the government have confirmed.

Laden with provisions the Atlantis left Malta on Thursday. It travelled 13 nautical miles east of Valletta and moored alongside the Baħari, which is expected back at its Sliema berth on Friday afternoon. 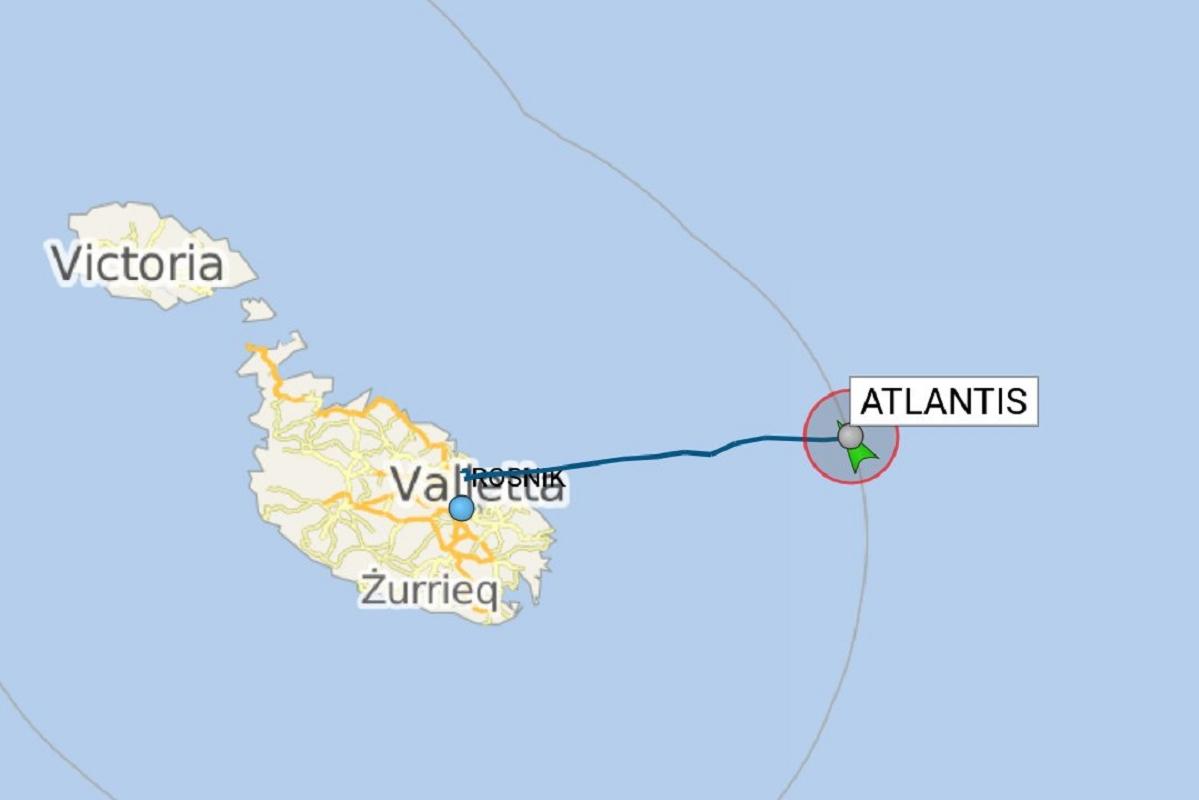 The position of the Atlantis, 13 nautical miles east of Valletta.

The government had chartered the Baħari to host migrants rescued by the Armed Forces of Malta last week.

The migrants on board initially numbered 120 but 10 of them were given special permission to come to Malta as they included a pregnant woman and children.

They were rescued after their dinghy drifted into Malta's search-and-rescue area. However, they were denied permission to disembark.

Another Captain Morgan vessel, the Europa II, has been at sea just outside Malta's territorial waters for almost two weeks with 57 migrants on board.

Malta closed its ports in April and told the EU it cannot guarantee the availability of assets to conduct rescues because of the COVID-19 pandemic.

Prime Minister Robert Abela said that Malta was abiding by international obligations to coordinate rescues. He told Parliament last week, that the vessels were each costing around €3,000 daily.