One of the victims of a drive-by shooting that killed migrant worker Lassana Cisse has described to a court the moment he realised he’d been shot.

Ibrahim Bah said he heard a ‘pum, pum, pum’ sound, before reaching down and feeling blood on his leg.

"I didn't know what it was, my friend thought it was fireworks, maybe petards," he said.

The 27-year-old from Guinea was among witnesses giving evidence against two soldiers charged with the murder of Lassana Cisse Souleymane on Tuesday.

Scroll down for the minute-by-minute account of Tuesday's proceedings.

They are also charged with the attempted murder of Mr Bah and Mohammed Jallow, 28, from Gambia in a drive-by shooting on the same night.

They deny the charges of what is believed to be Malta's first racially-motivated murder.

What we learned from Tuesday's sitting: 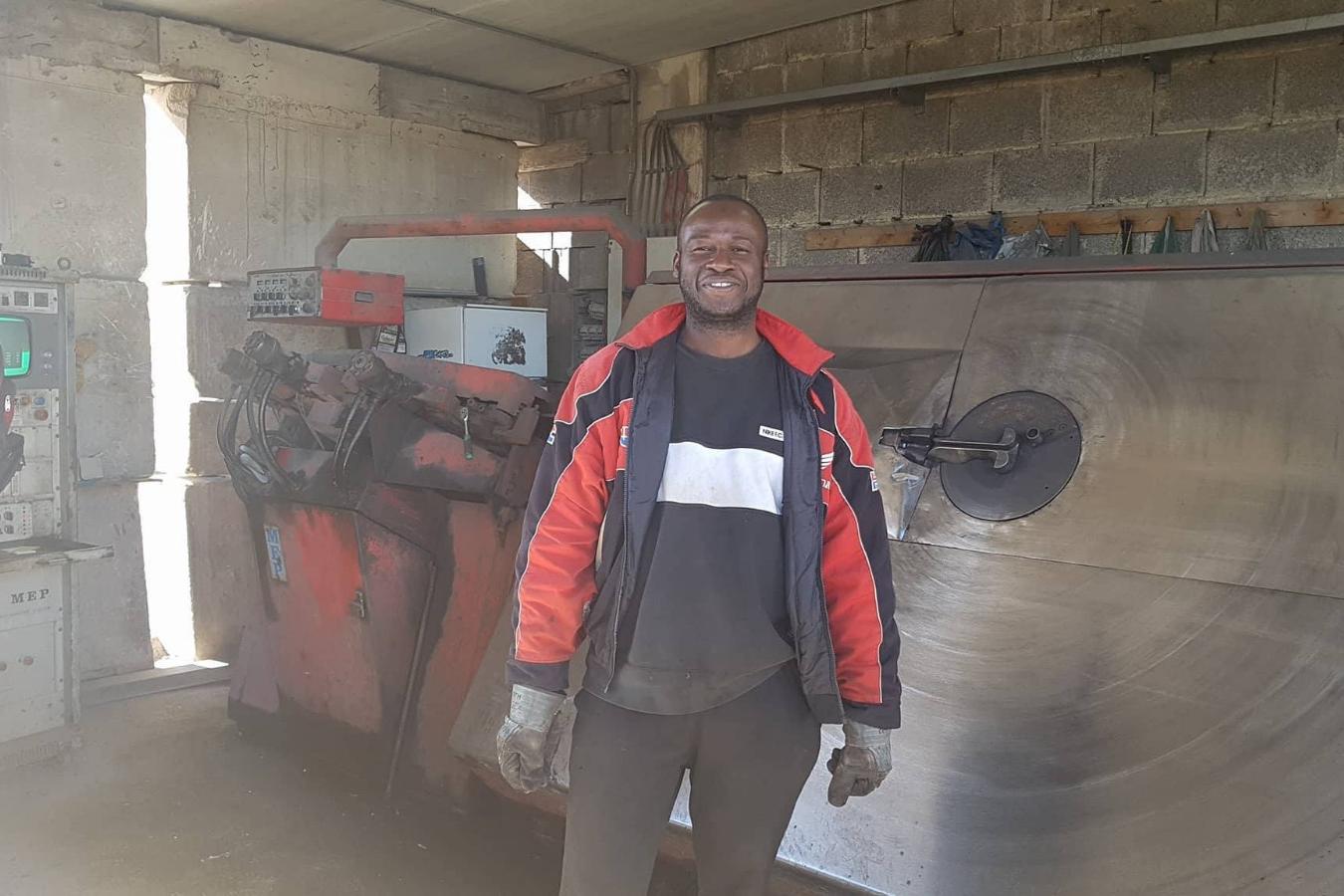 Lassana Cisse had been living in Malta for around four years.

1:24pm: That's it for today. The sitting has been adjourned and the compilation of evidence will continue on July 25.

1:20pm: Just dotting some Is and crossing some Ts here in the court room. Paper work is being submitted and the prosecution has informed the magistrate that Mr Cisse's body may finally be released for burial, with the court giving the go-ahead for this.

1:07pm: Magistrate Farrugia confirms that Mr Fenech's car will be confiscated  under the supervision and authority of the court. A surveyor will be appointed to conduct the necessary tests.

1:01pm: Insp. Arnaud has just informed the court of another vehicle, a Volkswagen Golf, that was tracked down using CCTV footage. The car is registered to Mr Fenech. The prosecution wants to confiscate it and run tests.

12:56pm: We're nearing the end for today's sitting. The court is going through some technical procedures. An expert will be appointed to transcribe a statement previously taken from Mr Fenech, and the defence team has said that there was no need for testimony given in English be translated into Maltese.

12:40pm: The officer is confirming the testimony given by the previous witness, going through the stages of the investigation and what happened after Mr Scicluna was first arrested.

12:35pm: The third and final witness for today's proceeding has just taken the stand, another police officer involved in combing through the CCTV that helped track down the accused.

12:30pm: PC Sammut says he had sat in the car with Mr Scicluna while other officers searched for the ammunition. It was at this point, that the accused had first mentioned Francesco Fenech.

12:28pm: The police officer says he had been in the car when officers escorted Mr Scicluna to the Delimara spot where he had disposed of his ammunition. "He cried the whole way there, saying 'It wasn't me, it wasn't me," PC Sammut says.

Mystery Libyan that never was

12:24pm: PC Sammut tells the court that Mr Scicluna had originally told officers about a mystery Libyan man, who he claimed had borrowed his car around the time of the shooting. However, the soldier eventually dropped this story after consulting with his lawyer who had urged him to tell the truth, the court is told.

12:22pm: PC Sammut had also been present for a search of Mr Scicluna's house which had uncovered a roll of black tape - the same type which had been added to the car after the shooting.

12:20pm: The police officer tells the court that after Mr Scicluna had been arrested he had led officers to the car and given them the keys.

12:17pm: PC Sammut tells the court how he had been on the look out for a white Toyota Starlet. And had traced it from the scene of the shooting, to Triq is- Sorijiet in Paola. He and a team of officers had helped experts lift the footage and had gone to Transport Malta to use their CCTV system.

12:12pm: Next to take the stand is PC Sven Sammut who had been involved in tracing the car allegedly used by the two accused, using CCTV footage.

How the car was traced

12:10pm: The defence will not cross examine Mr Bah today, who has stepped down from the witness stand.

12:06pm: Asked what he did next, Mr Bah tells the court that he waited in the field until the police eventually arrived. Once the ambulance got there he was taken to Mater Dei Hospital where he remained for a fortnight.

12:04pm: Mr Bah tells the court that as he hid in the field, he pulled out his mobile phone and called his room mate, telling him that he had been shot and to call the police. His friend didn't know what number to call or what to do.

'I called for help'

12:01pm: "After the shots, I bent down and told my friend that I had been hit. I ran into the field, and reached for my mobile phone," Mr Bah tells the court.

11:58am: Inspector Arnaud asks again, "which side of the car did the shots come from?" Mr Bah doesn't know. He tells the court that he wasn't facing the car when the gun was fired. He heard the shots and ran off.

11:52am: Inspector Arnaud asks Mr Bah which side of the car the shots came from. A pivotal part of the compilation of evidence so far has been that both Mr Scicluna and Mr Fenech claim it was the other that pulled the trigger.

11:48am: Wounded and frightened Mr Bah says he and his friend ran for safety into a field. The car drove off.

11:45am: Back to describing the car. Mr Bah tells the court that it was just a few feet away from him when it drove past him and his friend. He couldn't see who was driving, and doesn't know who shot him.

11:32am: Magistrate Farrugia wants to be clear on the sequence of events. Mr Bah says he remembers seeing the car zoom past him and his friend. First he heard shots fired in the distance, and a few minutes later - not more that three minutes later - the car past him and his friend, they heard another loud bang and then he felt a sharp pain in his left buttock - it was a gun shot.

'I reached down and felt blood'

11:28am: Mr Bah can't say how many shots he had heard for certain. But shortly after loud the sound of gun fire, he remembers reaching down to his side and feeling blood. He pulled down his trousers, exposing his posterior and saw a bullet wound.

11:17am: Asked what happened on the road, Mr Bah hesitates prompting Magistrate Farrugia to step in "Don't worry, speak freely. You have court protection here"

'Speak freely, you are safe here'

11:13am: After the final whistle he set off back home with a friend, Mohammed from Gambia. "We were just chatting, you know? And walking back to Ħal Far." 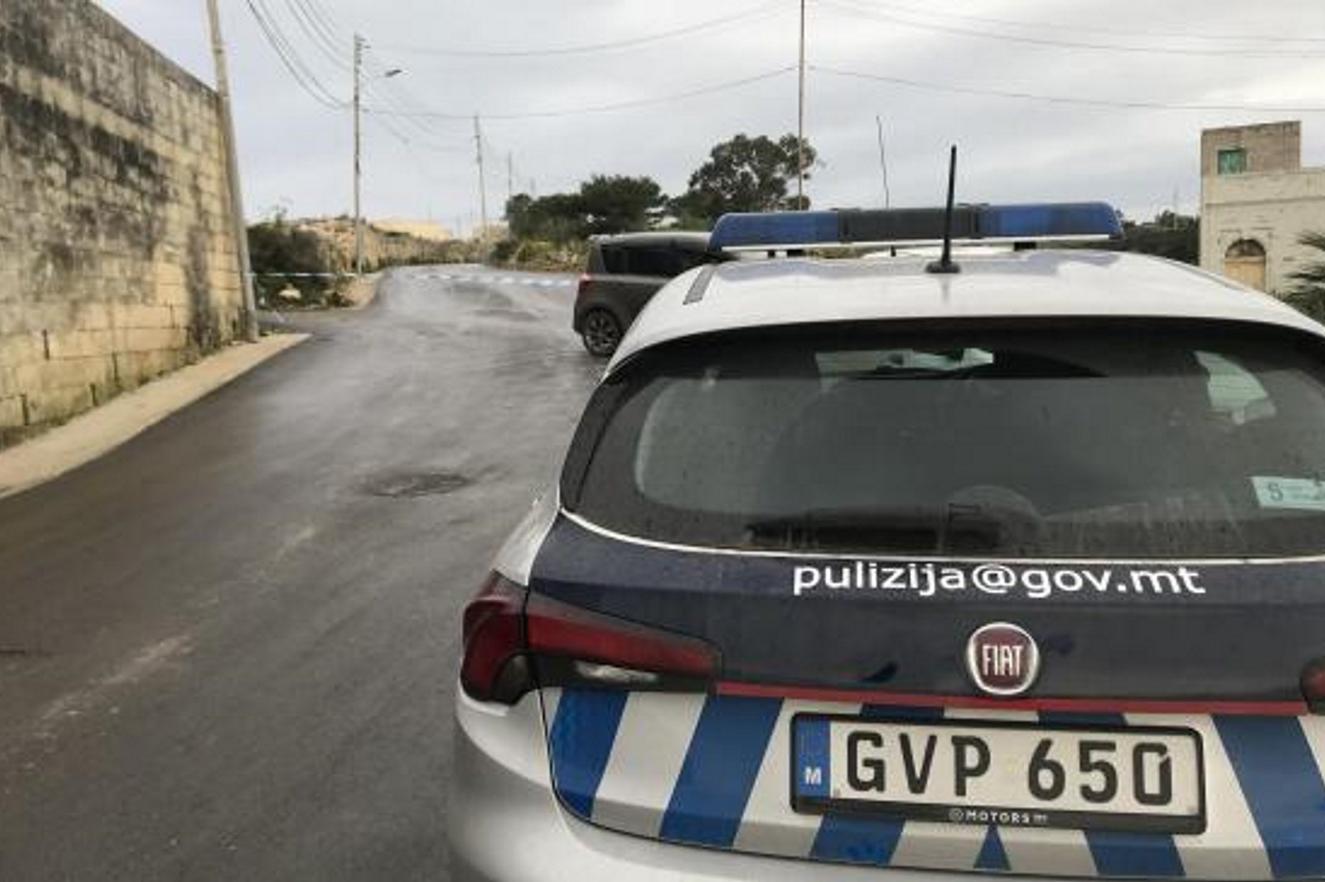 The road where the shots were fired.

11:09am:  On the night of Mr Cisse's murder, Mr Bah had been watching a football match in Birżebbuġa. Atletico Madrid were playing and he was watching in a jam packed betting shop.

'They told me there was no racism here'

11:03am: Muslim open centre resident Ibrahim Bah is next to testify assisted by a French translator. Insp. Arnaud asks him how long he has been living on the island and why he came here? "Eight months - my friends told me to come here from Guinea, they said people are good here and that there is no racism."

11:00am: Defence lawyer Giannella DeMarco asks the witness for further details. Where exactly did this alleged incident happen? and could any witness corroborate what had happened?  The witness' answer is simple: "the incident happened outside the centre".

10:57am: At first the injured migrant had said he was involved in a fight, but it later turned out that he had been involved in roadside incident. Asked what he did next, the AWAS official says staff called an ambulance and reported the matter to the police.

Victim was 'covered in blood'

10:54am: He presents a log book with details of violent incidents involving migrants. An entry for February 1, he says, details how security officers at the open centre brought one migrant resident in off the street with blood on his face and a gash to the head.

10:50am: Next to take the witness stand is Christopher Camilleri from the Agency for the Welfare of Asylum Seekers. He tells lead investigator Keith Arnaud that he was the agency coordinator at the Ħal Far open centre.

10:47am: First up to testify is a representative of local telecomms company Vodafone, Marisa Gauci. She presents a copy of an email email, along with a cd containing data on subscriber information. She also confirms communication between one mobile number and another.

10:44am: Magistrate Ian Farrugia has just walked into the court room, as have both accused.  The sitting is brought to order and the prosecution are asked to begin presenting evidence.