The body of Lassana Cisse is to be finally repatriated to Ivory Coast, more than three years since the father-of-two was killed in cold blood.

He will be flown out in the coming days, government sources have confirmed.

Lassana, 42, was murdered in a drive-by shooting in Ħal Far as he walked home on April 6, 2019. Two soldiers – Francesco Fenech and Lorin Scicluna – have been accused of his murder as well as the attempted murder of another two men and a hit-and-run incident that was exposed by Times of Malta.

The murder is believed to have been racially motivated. All four victims were black.

Both men have been granted bail, a decision that instilled fear, humiliation and disappointment among black people and the migrant community.

Cisse’s body was released for burial nine months after his murder, leaving his relatives in Ivory Coast and friends in Malta baffled as to why the corpse was kept at the mortuary for such a long time. 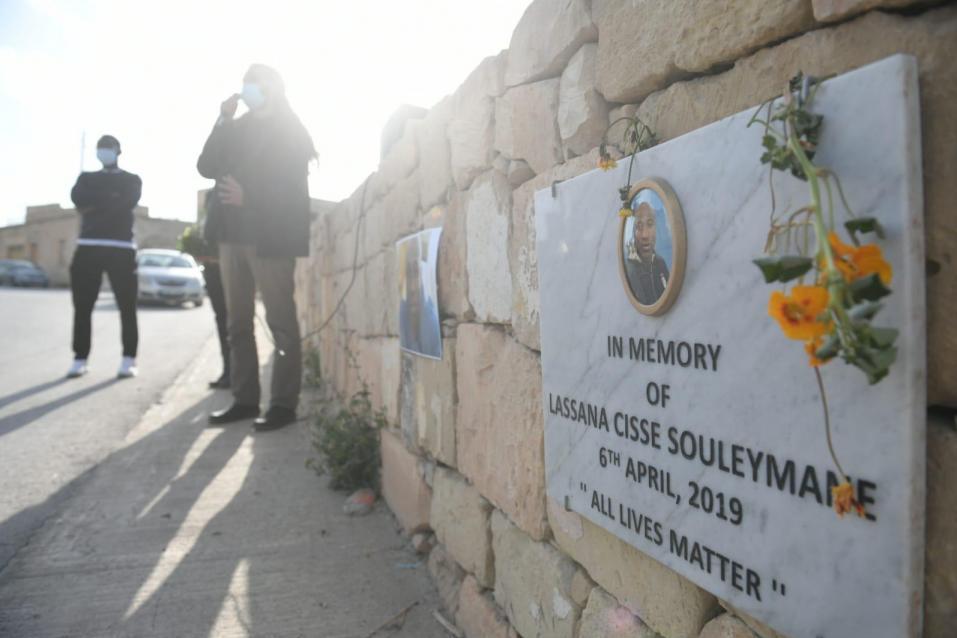 A memorial plaqe at the spot in Hal Far where Lassana Cisse was shot dead.

By March 2020, the government had committed itself to cover all repatriation costs, including transport to the burial place, permits and mortuary fees. But then COVID struck and ports were closed because of surging virus cases.

Last year, Cisse’s cousin, Abdoulaye told Times of Malta that a sense of “fatigue” had blanketed the family since the murder.

His cousin had been “killed in the street like an animal” and Cisse’s mother, for whom the murdered man was an only child, just kept asking when she was going to see his body.

Government sources have now confirmed Cisse will be flown to Ivory Coast in the coming days and he will be buried there.

Times of Malta is informed that, before this, a memorial will take place in Malta, allowing his friends here to bid farewell.