A new study found that toddlers with fewer spoken words have more frequent and severe temper tantrums than their peers with typical language skills.

The study, posted on the website of the Northwestern University (NU) on Monday, surveyed more than 2,000 nationally representative parents who had a toddler between the ages of 12 and 38 months.

Parents answered questions about their children's number of spoken words and their tantrum behaviours, such as how often their child has a tantrum when they are tired versus when they are having fun, according to the study.

In the study, a toddler is considered to be a "late talker" if they have fewer than 50 words or aren't putting words together by age 2. Late talkers are predisposed to have severe and/or frequent temper tantrums at nearly double the rate of their peers with typical language skills, the study found. 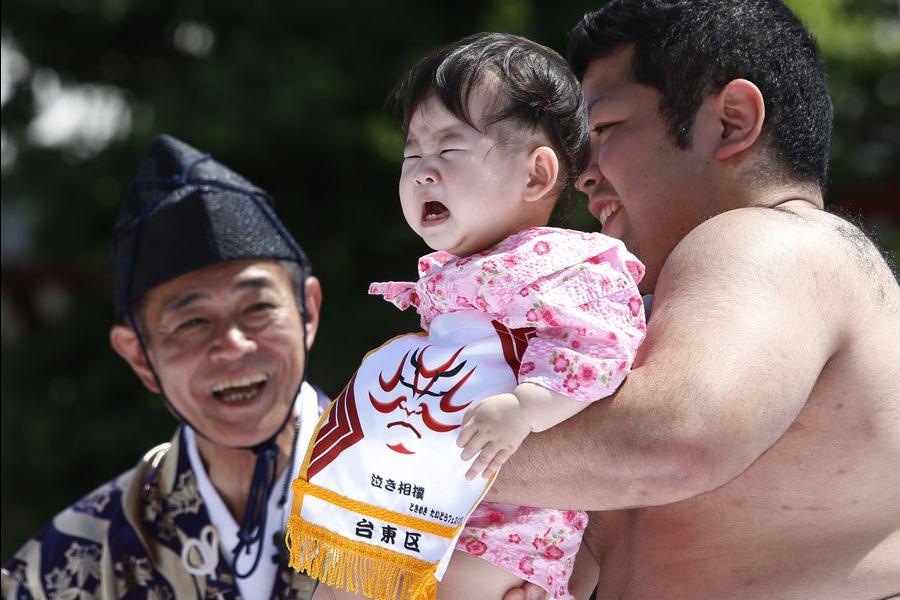 A baby takes part in "baby-cry sumo" competition at Sensoji Temple in Tokyo, Japan, May 30, 2015. About 120 babies participated in the competition held to wish for their healthy growth. Photo: Xinhua

The researchers categorize tantrums as "severe" if the toddler is regularly doing things like holding their breath, hitting or kicking during a tantrum. Toddlers who have these kinds of tantrums on a daily basis or more may need help promoting their self-control skills.

"All these behaviours must be understood within developmental context," said co-principal investigator Lauren Wakschlag, professor in the department of medical social sciences at NU Feinberg School of Medicine. 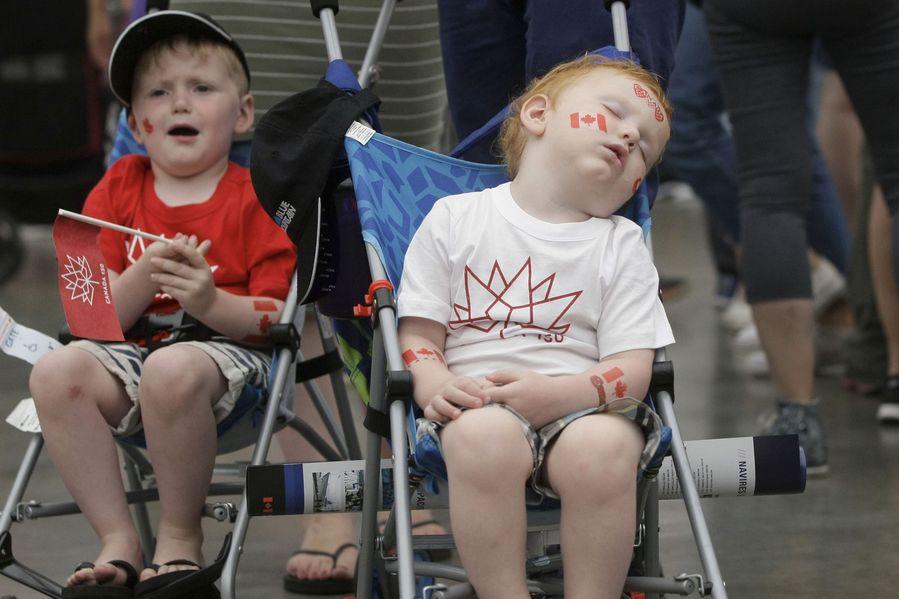 A toddler takes a nap with patriotic stickers on his body during the Canada Day celebration at Canada Place in Vancouver, Canada, July 1, 2017. Photo: Xinhua

The survey is the first phase of a bigger ongoing research project at NU called "When to Worry." The next phase, currently in progress, includes a follow-up study of approximately 500 toddlers in metropolitan Chicago who are typically developing and also those who are exhibiting irritable behaviour and/or speech delays.

The study will examine brain and behavioural development to pinpoint those indicators that will help distinguish transient delays from the onset of problems. 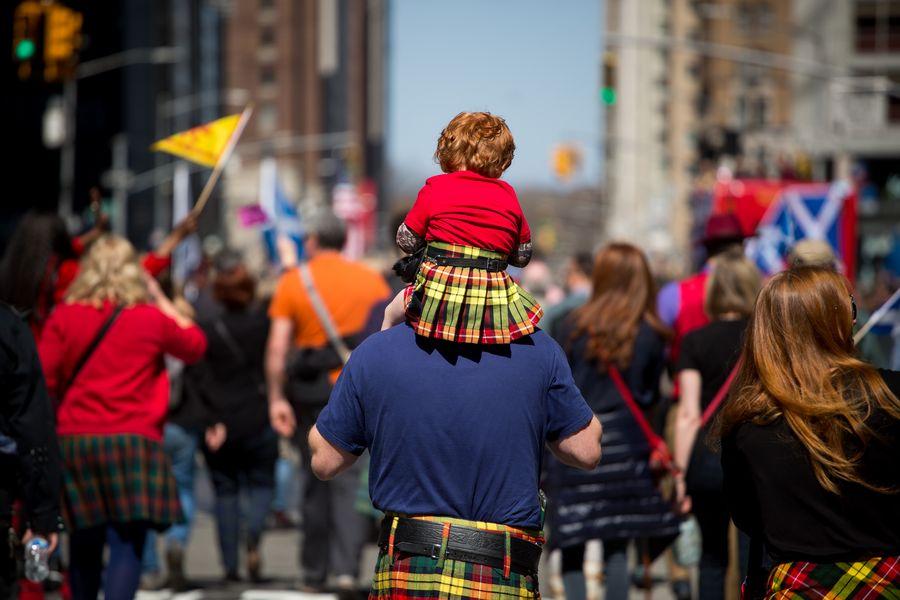 A toddler wearing a kilt gets a piggyback ride during the annual Tartan Day Parade in New York, the United States, on April 6, 2019. Photo: Xinhua

Parents and their toddlers will meet with the NU researchers annually until children are 4.5 years old. It is unusual for these different disciplines, speech pathology and mental health, to come together like this to focus on the "whole child," Wakschlag said.

Both irritability and language delays are risk factors for later language and learning disorders. About 40 percent of delayed talkers will go on to have persistent language problems that can affect their academic performance.

This is why assessing both language and mental health risk in tandem may accelerate earlier identification and intervention for early childhood disorders because children with this "double whammy" are likely to be higher risk.

The study has been published in the Journal of Applied Developmental Psychology.