The Justice Ministry is allowing individuals to ask for court judgments to be removed from the public database available online.

This emerged when Times of Malta further probed the case of two students who were granted a warrant to practise although they had been found guilty of theft a few years back.

Yanica Barbara, 28, of Attard, and Thomas Sant, 30, of Qormi, had been given a conditional discharge – not suspended sentence as wrongly reported on Tuesday – in late 2009 and mid-2010 respectively.

It has emerged that Mr Sant's judgment could still be retrieved from the Justice Ministry’s website but Ms Barbara's was removed, though it could not be ascertained when this was done. 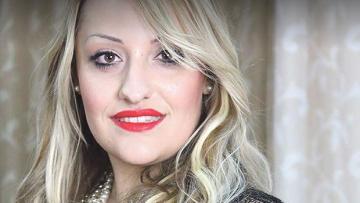 Yanica Barbara’s court judgment has been removed from the public database available online.

Times of Malta was told on Thursday the government accepted Ms Barbara's request to strike off the judgment from the database that dates back to 2001.

Asked to explain and to say who made the decision, Justice Minister Owen Bonnici confirmed that Ms Barbara’s judgment had been removed. He said the law student had made her request to court registrar Frank Mercieca who obliged.

Dr Bonnici said the practice had been going on for some time when asked whether it was legal and normal to delete public information from a database that prided itself of holding “all judgments” given since January 1, 2001.

“When I became minister, I instructed Frank Mercieca to use his discretion and decide whether to accept requests from people who wished to have their record of criminal sentences deleted. This in respect to the right to be forgotten,” Dr Bonnici said.

He admitted there were no written criteria with regard to such requests.

“I just have confidence in Mr Mercieca’s discretion and it is up to him to decide if a court sentence should be deleted or not from the database,” the minister said.

When it was pointed out to him that nobody seemed to have been aware of this new ‘right’, Dr Bonnici said Ms Barbara's was not an isolated case as the same happened with regard to other individuals who complained about negative consequences resulting from their court judgment being available online.

“The court registrar felt that enough time had passed” since the judgment against Ms Barbara was handed down, Dr Bonnici continued.

The judges correctly applied the law in force to date

He said he was not sure whether previous justice ministers had adopted the same policy.

Contacted by Times of Malta, former Nationalist justice minister Chris Said expressed disbelief at the decision, saying “this has never even crossed our minds”.

In a note that reached the Times of Malta late on Wednesday evening, the Association of Judges and Magistrates defended the decision made by Mr Justice Antonio Mizzi, Mr Justice Wenzu Mintoff, Mr Justice Joseph Micallef and Madam Justice Jacqueline Padovani Grima.

The note, signed by the association’s secretary, Magistrate Francesco Depasquale, said the two students had been “conditionally discharged and, at law, such a decision is not a conviction”.

It insisted it was incorrect for Times of Malta to state that the two candidates had a criminal record because “the updated Malta Police certificate of conduct presented by each of the two candidates for the judges’ scrutiny was an unblemished one”.

It added: “The association reiterates that the empanelled judges, having taken into consideration all the aspects of the law and having examined the candidates accordingly, correctly applied the law in force to date.”

Times of Malta reported that, in the wake of the ‘flawed’ decision, both the Chief Justice and the president of the Chamber of Advocates objected formally to the President of Malta about the issue of warrants to the two students found guilty, upon their admission, of theft and falsification charges.

In view of these objections, the Justice Ministry withdrew the warrant invitation.

Through their lawyer, John Bonello, Ms Barbara and Mr Sant yesterday sent a ‘right of reply’ insisting that “the conditional discharge they were awarded eight years ago are of no consequence to their application for admission to the Bar of Malta”.

“Stating that a suspended imprisonment sentence had been meted is totally uncalled for and indeed unfair and prejudicial,” Dr Bonello said.

According to the Code of Organisation and Civil Procedure, no person is entitled to obtain a warrant to practise law unless s/he is “of good conduct and good morals”.