Lawrence Ferlinghetti, the last great poet of the Beat Generation who helped to establish the counter-culture movement of 1950s America through his City Lights bookshop and publishers, has died, the store announced Tuesday. He was 101.

"We love you, Lawrence," City Lights said on Twitter, adding that Ferlinghetti died on Monday.

Born in 1919, the New York native took part in the D-Day landings of World War II and saw the horror of atomic-bombed Nagasaki before ending up in San Francisco and co-founding City Lights in 1953.

The bookstore became the outlet of Beat expression, a meeting point for its free-wheeling poets and, two years later, the first publisher of its leading authors including Jack Kerouac, Gregory Corso, William S. Burroughs and Allen Ginsberg.

Ferlinghetti released his own volume, A Coney Island of the Mind, in 1958, the collection selling more than a million copies and establishing him as a major poet in his own right.

The year before, he was arrested on obscenity charges for publishing Ginsberg's Howl, considered an anthem of the disaffected Beat generation with its opening line, "I saw the best minds of my generation destroyed by madness, starving hysterical naked". 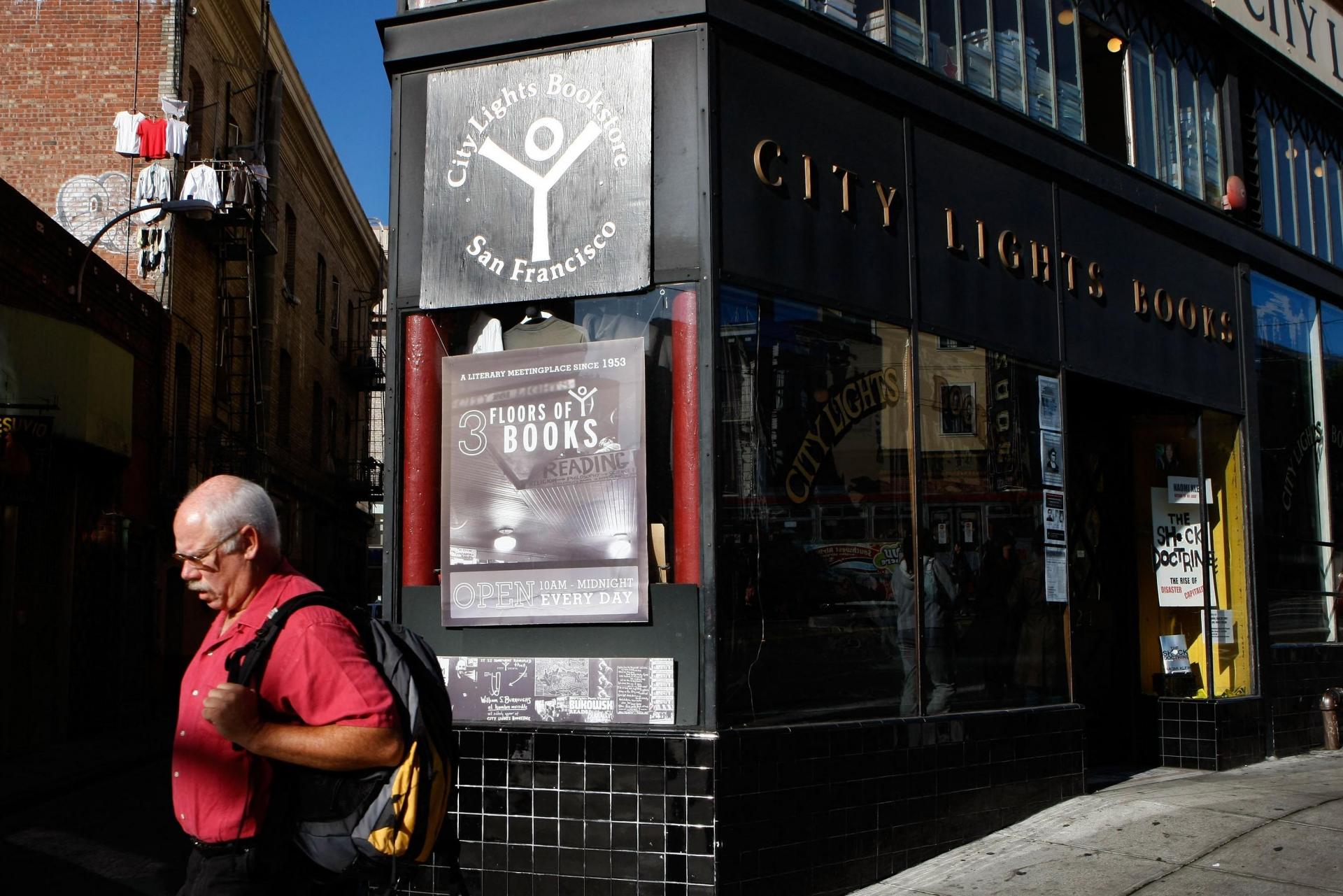 The poem, which refers to homosexuality and drugs, was criticised as explicit, but Ferlinghetti was acquitted in a highly publicised trial at which the judge ruled Ginsberg's work was "not ... without redeeming social importance".

"The Howl trial really put us on the map in the literary world," Ferlinghetti said in an interview published on the City Lights website in 2018.

The bookshop – also among the first to carry gay, lesbian and transgender publications – endured as a literary landmark and even a tourist destination.

To celebrate Ferlinghetti's 100th birthday, its storefront displayed a line from his manifesto Poetry as Insurgent Art (2007): "Paper may burn but words will escape."

When Ferlinghetti was born in New York state on March 24, 1919, his father, an Italian immigrant, had already died.

His Franco-Portuguese mother was admitted to a mental hospital, so he spent his childhood in France with an aunt.

After joining the US Navy, he took part in the D-Day landings in Normandy in June 1944.

He was sent to the Japanese city of Nagasaki weeks after it was bombed in 1945, the horrors he witnessed instilling in him a life-long antiwar stance.

After earning his Master's degree at Columbia University in New York and a doctorate in comparative literature from the Sorbonne in Paris in 1950, Ferlinghetti settled in San Francisco.

City Lights became a meeting point for Bohemian writers who refused to accept what Ferlinghetti dubbed the "Coca-Colonisation" of America.

Inspired by authors like William Blake, Louis-Ferdinand Celine and Aldous Huxley, they formed a subculture of "beatniks" who sought to liberate poetry from academia through free, unstructured composition.

Ferlinghetti wrote several volumes of poetry, as well as plays and novels.

The autobiographical Little Boy was published in his 100th year.

He was also a prolific painter.

Many of his poems were meant to be read out loud or to accompany a piece of jazz music.

'Man on the street' appeal

Ferlinghetti's "language and his humour, and the things he was saying, were things that appeal to, could be understood by, the average man on the street," author and literary critic Gerald Nicosia said on National Public Radio (NPR) in 2019.

A moral anarchist and socialist, he travelled widely, recounting in Writing Across the Landscape (2015) how he once crossed paths with Cuban leader Fidel Castro and Chilean writer Pablo Neruda. 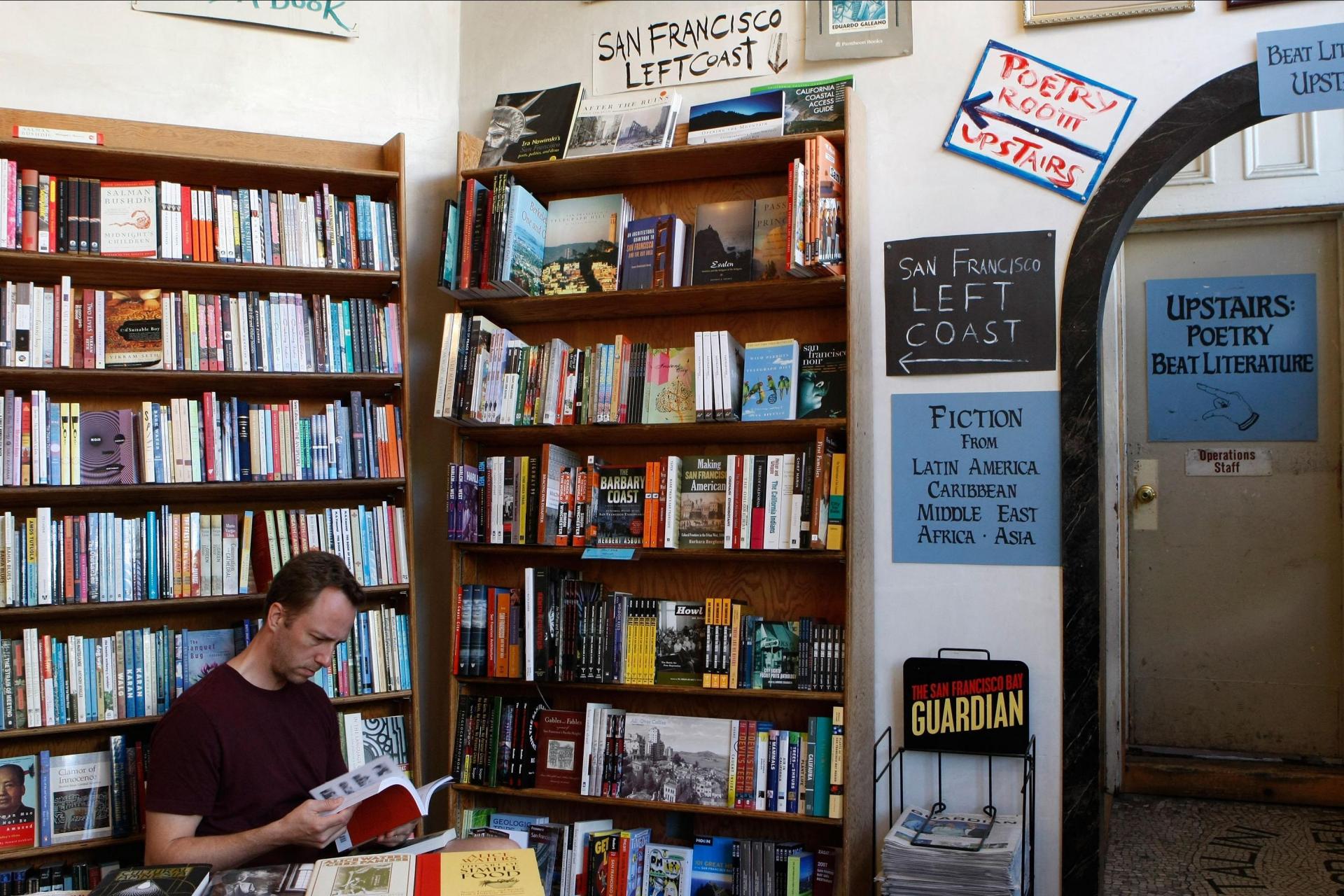 He also delved into the Spain of dictator Francisco Franco and met Soviet dissidents.

In 2012, he turned down a literary award partly funded by Hungary's government due to concerns about human rights in the country.

Asked by NPR, on the occasion of his 100th birthday, for the secret to his longevity, he quipped: "Have a good laugh and you'll live longer."

"Lawrence gets you laughing, and then hits you with the truth," film director Francis Ford Coppola said, in a blurb on the City Lights website.

The bookstore said Ferlinghetti "continued to write and publish new work up until he was 100 years old, and his work has earned him a place in the American canon".

"His curiosity was unbounded, and his enthusiasm was infectious and we will miss him greatly," the shop said in a statement on its website.