Most of us still remember the tragedy of the Balkan War in the 1990s and the disintegration of Yugoslavia into many states.

The Kosovo War, the last chapter of this last 20th-century war on European soil, broke out in 1998, when Serbia’s province of Kosovo requested independence, with the consequence of further lives lost when the ethnic Albanians clashed with the Serbian army.

NATO’s 11-week bombing sorties brought an end to the war.

To this day, Serbia refuses to recognise Kosovo as an independent state. But mankind never learns, and we, once again, are witnessing a war between European brothers. 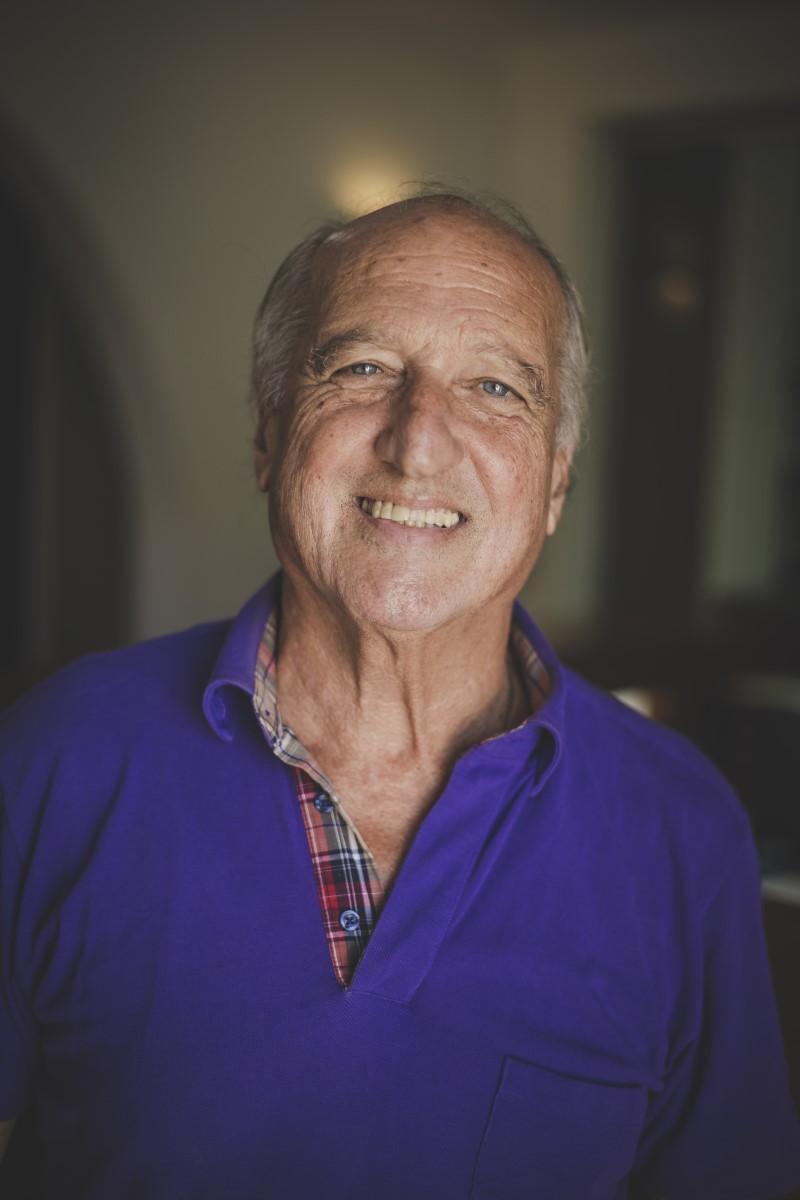 Godwin Muscat Azzopardi, who served as judge in the Commercial and Appeals Court in Malta, was appointed UN judge in Kosovo in 2004, in the aftermath of the Kosovo conflict. He served there for six years after which he returned to Malta to rejoin his local legal firm.

He has in the meantime retired from legal practice altogether, indulging in art, a passion that has existed since his childhood. Senglea’s gallery, Art at the Seaside, is currently hosting his exhibition of paintings titled eloquently The Roads Travelled.

This love for art had been nurtured by his father and uncle, both of whom were of artistic temperament. However, life choices and a busy legal career took precedence, although he affirms that, despite all, during those years he still searched for a release and some measure of grounding through pursuing art.

He found time to attend short art courses locally and others in France when his career took him there. He also subscribes to several art journals in order to keep up-to-date with contemporary trends in art. “Every contact leaves a trace and I believe in having the widest exposure possible to the art scene,” he observes.

Retirement is the time for reminiscing, for taking stock of everything and embarking on enterprises that had been put on the back burner for years. However, he was never tempted to ditch his legal profession, which factors in and tries to make sense of pain, revenge and punishment. 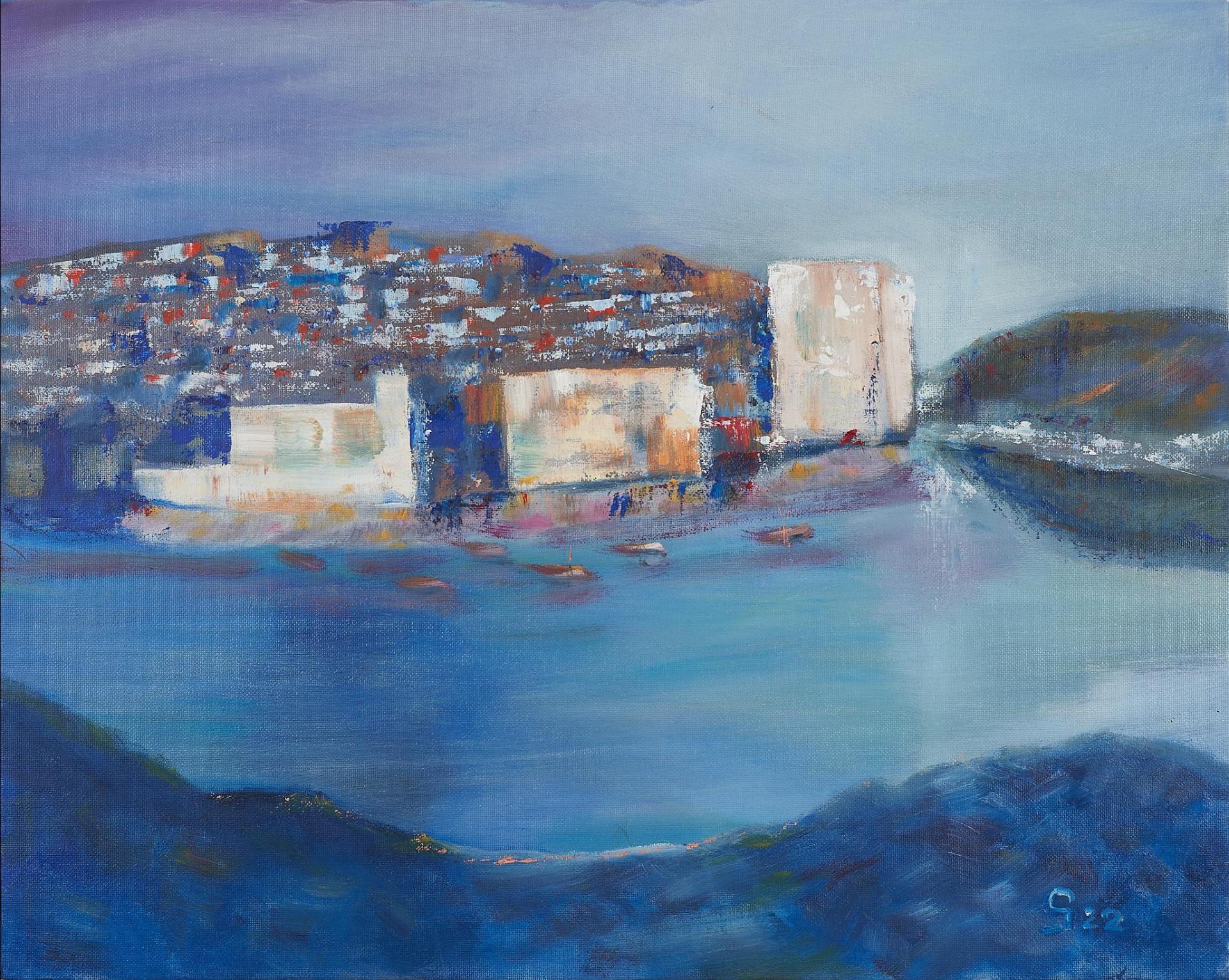 “It is true that my career was stressful but a number of other careers are as well,” he says.

This search for self-expression must have been essential in the midst of devastation in Kosovo during the years he served there as UN judge and one wonders how art and poetry can still exist in such a context of misery.

“In the years I spent in Kosovo, concerts, literary events and art exhibitions were part of the social life. This was after the end of the actual conflict. It is encouraging to think that not even war and its aftermath can suppress man’s urge for creative communication,” the artist remarks.

Muscat Azzopardi’s abstracted landscapes are the result of development over the years, insisting that he would rather let the viewer supplement detail. He adds: “For me, a painting is not a picture of something or somewhere but a picture about something or somewhere. I use various painting media. Currently, I am using oils for their textural quality, particularly in wide brush and painting-knife rendering.”

In Malta, for various reasons, we are losing our basic values

His paintings are very atmospheric, reflecting nature that is, like humanity, also moody and at times surreal. He tends to eliminate the stigma of its destruction by human excesses and stay away from depicting actual locations. He is after a universal expression of what nature is about. “In a number of paintings, I try to explore how we respond emotionally to the world around us. In others, I have my own concept of blocks of buildings that have transformed the landscape,” Muscat Azzopardi says. 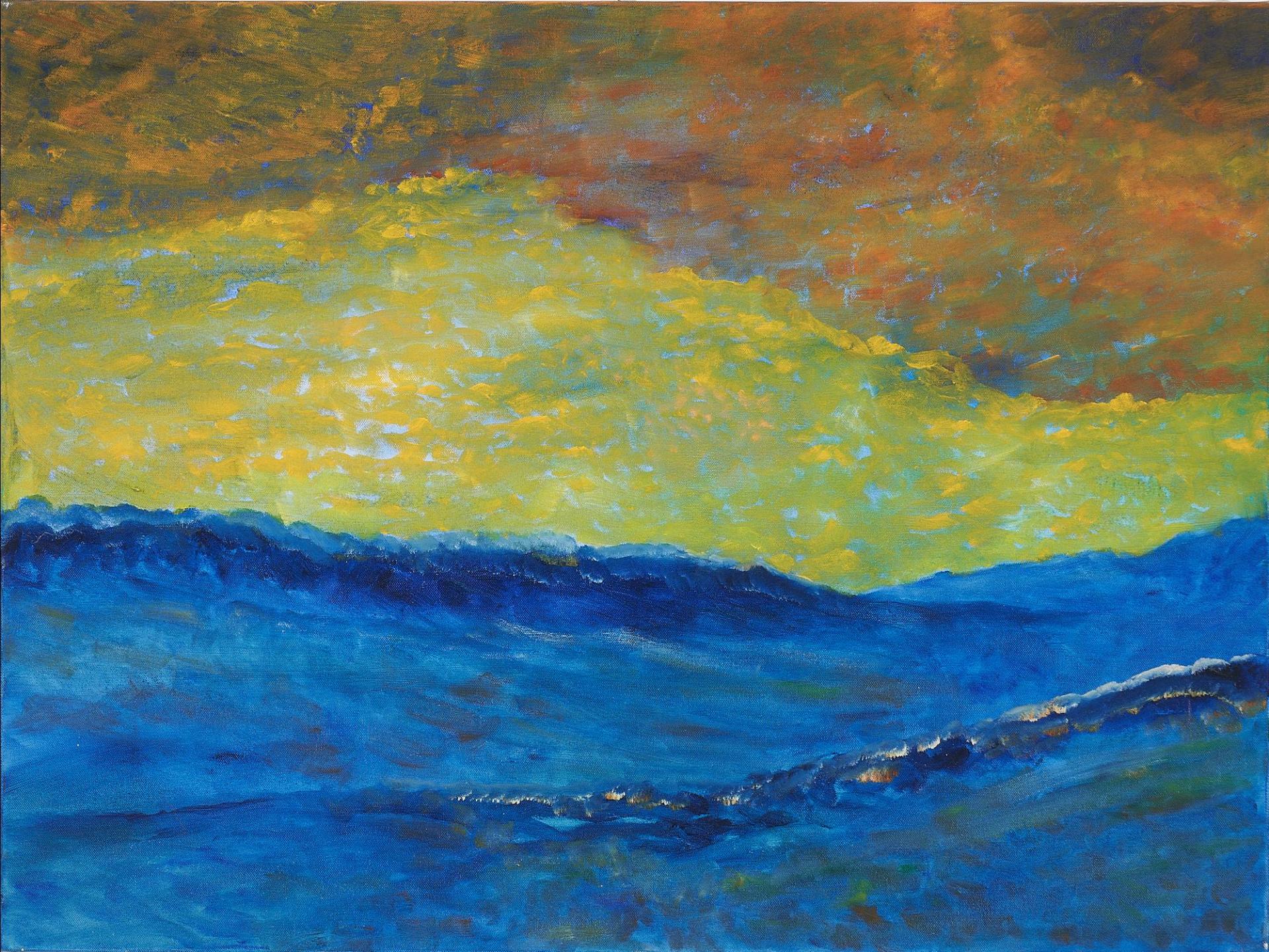 “Our local countryside is sprouting construction cranes rather than trees. Competent local artists are drawing attention to that effectively while my style is more subtle when I juxtapose semi-abstract blocks of buildings with calm seas in a particular atmospheric setting.”

The artist claims that some human interventions on the landscape have their own merits; one might add that this was maybe more so in the past. One might feel that we have lost all sense of beauty, of what constitutes legacy in the current scenario of greed, climate change and war.

Maybe humanity is beyond redemption as one might be tempted to say that it is intrinsically evil, egoistic and short-sighted.

He agrees: “Homo homini lupus, to quote Plato and more recently Hobbes. Man will always act like a wolf when faced with any opposition. War is driven by egoism at many levels. The war in Ukraine is still a constant shock and it is difficult to acknowledge that it is happening in our days.

“What is worrying to me as a Maltese person is that, in Malta, for various reasons, we are losing our basic values, values that make us what we were. Discipline and respect for authority are a thing of the past.” 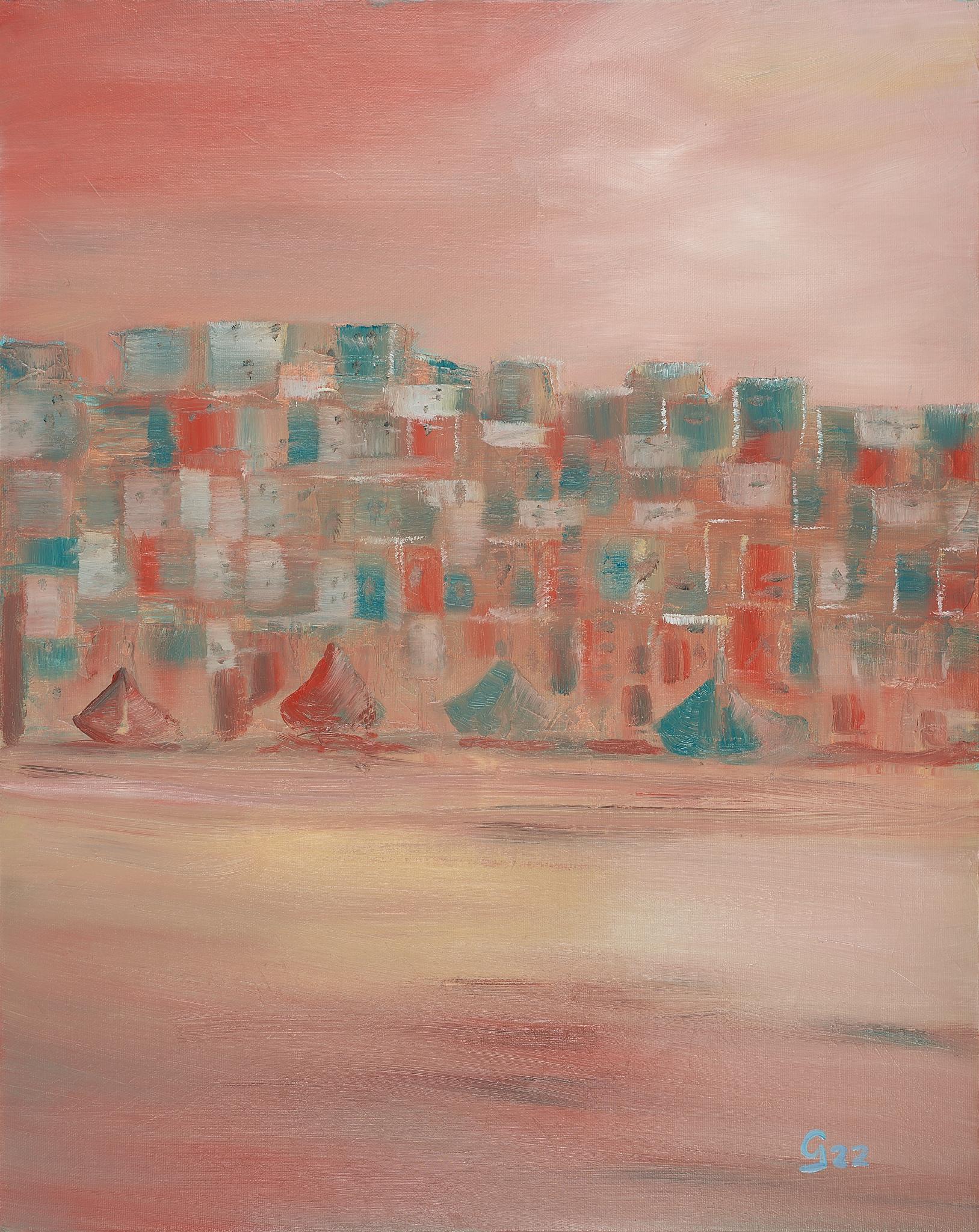 As I See It Too

Muscat Azzopardi paints an honest contemporary picture of the current state of affairs: “Through the strong influence of modern media, we are losing our culture to a consumerist and market-driven counterculture. Of course, this is a universal phenomenon but I worry about Malta and our youth. I do not know what the antidote to this condition is. Perhaps our hope can only rest on our grandchildren being cherished at home and being given a solid education.”

Judges are normally known to be reserved, hidden from the public view. One wonders if having an art exhibition is a way of breaking out of that mould.

He recently started exhibiting solo at the encouragement of his family, “who pushed past my natural inclinations towards anonymity, a residual trait leftover from many years where I put aside my individuality out of respect for the positions I held. 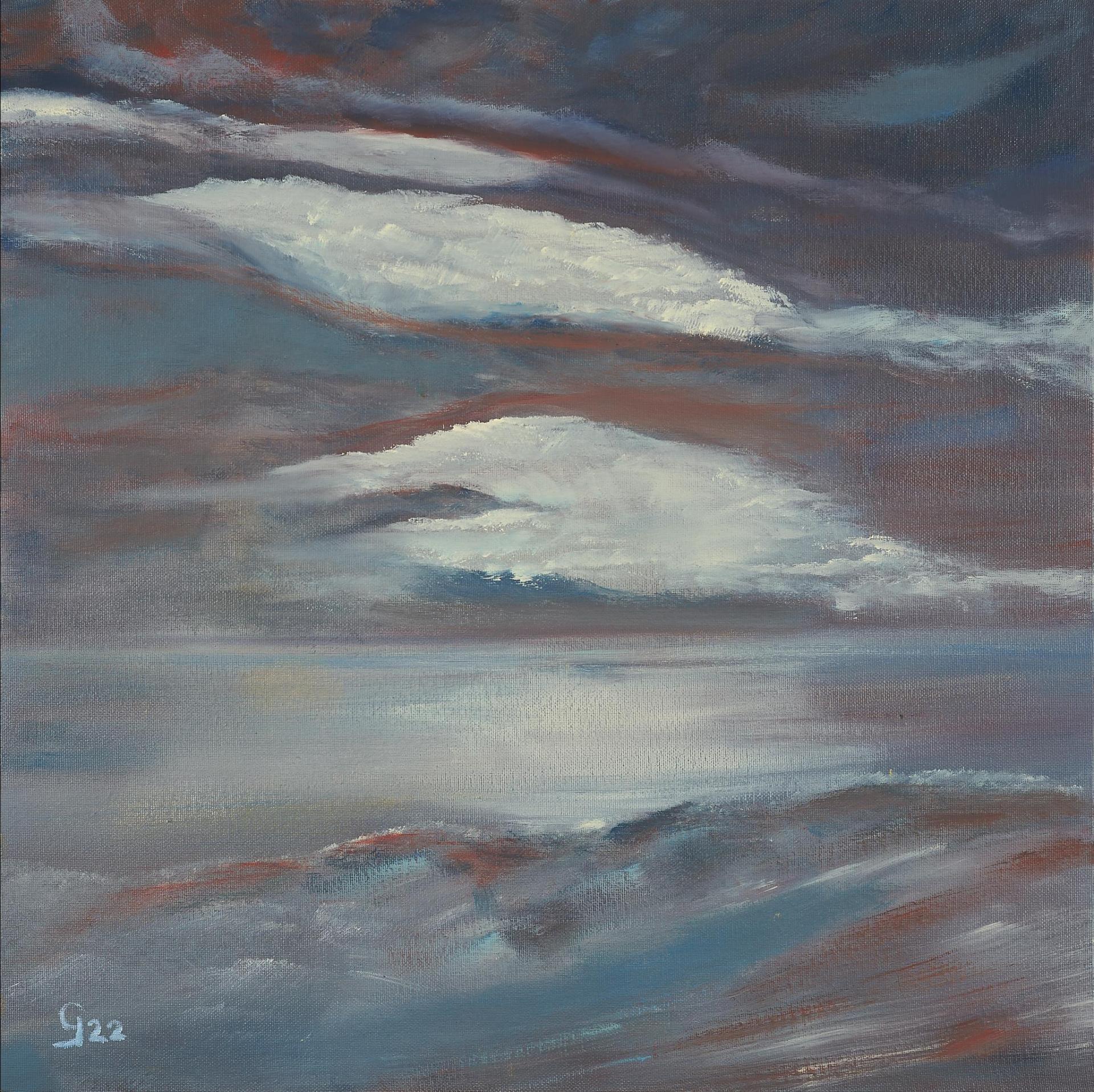 “Art was a welcome change of focus and it gave me the opportunity to express a creative side of myself in contrast to the rigidity and structure which were essential to my career.

“Rather than trying to break out of a mould, exhibiting gives me the opportunity to see others react to the emotion I try to convey and share with my art, if only for a kind of validation,” he concludes.

The Roads Travelled, hosted by Senglea’s Art by the Seaside, is open until Tuesday. Consult the gallery’s Facebook page for opening hours.