Eradicated in the Western world, leprosy is still very much alive in India, turning women into invisible beggars. Sarah Carabott spoke to two survivors of the treatable disease who are rescuing women from the streets and bringing them back into the community.

Underprivileged Indian women suffering from conditions considered taboo are often forced out of their homes by their own families or abandoned on a train.

Without a ticket, they are kicked off into a different state where they do not speak the language. Often, they are then picked up by long-distance lorry drivers, raped, and dumped elsewhere.

“It is happening and nobody’s talking about it. We do what other organisations don’t: we address the taboo that nobody else wants to, whether it’s leprosy, mental health issues, cancer or HIV,” Leah Pattison told this newspaper, flanked by her friend and colleague Usha Patil.

The two women met 20 years ago, aged 23 and 18, respectively, at the oldest leprosy colony in India.

Ms Patil was there as she had contracted the disease aged eight, but Ms Pattison, an artist, was not interested in charity work.

“I wanted to experience the real India and thought Dattapur would be an interesting experience. “Things changed when I reached the colony and I met women like Usha.” As a survivor, Ms Patil’s ambition was to help women with leprosy – and stop their convenient dumping in colonies.

Ms Patil went on to nursing. After also contracting and experiencing the disease first-hand, Ms Pattison went on to do leprosy paramedical training.

The two decided to join forces and set up the charity Women in Need (WIN), one of the beneficiaries of the Grand Commandery of the Castello, a jurisdiction of the Military and Hospitaller Order of St Lazarus of Jerusalem based in Malta.

More than 900 years since its formation, the Order remains true to its founding objectives – supporting lepers.

The Grand Commandery contributed financially to the setting up of WIN’s 10-bed hospice clinic and donated a motorised rickshaw and two ambulances, one of which is used by the leper colony at Dattapur. 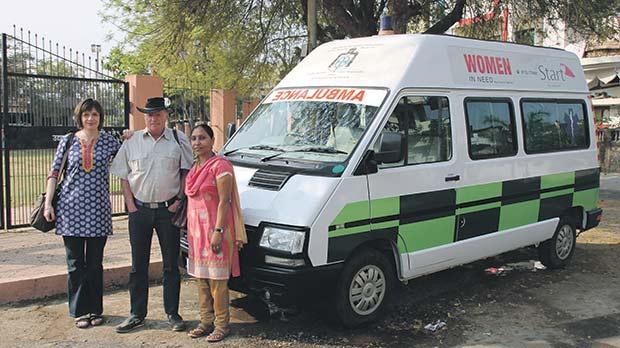 Leah Pattison, Chev Paul Warren and Usha Patil stand next to an ambulance donated by the Military and Hospitaller Order of Saint Lazarus of Jerusalem in 2010.

The two women were in Malta to be recognised for their indefatigable work with lepers in India during the annual investiture held at the Castello.

WIN started off supporting women with the “mother of all diseases”, but leprosyis not the only condition that marginalises poor women. Those with any socially sensitive condition can be forced out of their own homes by their families, Ms Patil explained.

Such women are an inconvenience to their family and a potential financial drain.

“When we find these women, they are in the most appalling situations, with many driving past, not bothered. We met a women in her 60s who had severely infected feet because of leprosy and had been raped in the grounds of a government hospital.

“It’s an unthinkable situation, and when we found her at 11am in this condition, nobody was willing to help,” Ms Pattison said.

Leprosy is a big disease in people’s minds, even though it is curable and does not damage the nerves if caught early.

“I’m living proof of that, but the stigma is far greater than the disease. And if women actually seek medical treatment, they could lose their job, as there is always someone ready to take up their post,” Ms Pattison added. Apart from going around looking for signs of leprosy and referring people to the primary health sector, WIN focuses on rehabilitation.

The organisation tries to help women reintegrate back into their own family, sometimes financially supporting the relatives and educating them about the condition, whether it is leprosy or mental health issues. 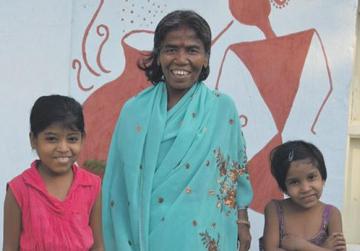 Savita was found on the streets. After two months at the shelter, her physical and mental health improved, and she was reunited with her husband and children.

Sometimes women are taken to WIN’s shelter, which can host up to 30 people at one time.

“Many are focused on statistics and the bigger picture. We know that change will not happen overnight, so we focus on individuals and support one woman at a time.”

To keep updated about WIN’s work, their next project being fair trade for products sewn by women, visit www.women-in-need.co.uk. To help, go to http://grandcommanderymalta.org/ or The Grand Commandery of the Castello, BOV MT34VALL22013000000040018632226.

• India has a 71 per cent cancer mortality rate. Nagpur has the third and second highest prevalence of breast and cervical cancer, respectively.

• 60 per cent of new global cases of leprosy are detected every year are in India, despite a declaration in 2005 that the disease was eradicated (one case per 10,000)

• 848 Indian women are harassed, raped and killed every day. These are just the reported numbers.

943 years of support to lepers

A recently discovered will dates the Military and Hospitaller Order of St Lazarus of Jerusalem’s presence in the Holy Land to 1073 – 25 years earlier than research previously showed.

The Order is first recorded in a will, which in 1073 made a donation to the Order of St Lazarus of Jerusalem.

It was the only chivalric order founded to care for the needs of lepers, whose illness had plagued civilisation for centuries. Back then, pilgrims and knights treating lepers contracted the disease and died because of very limited care.

The Grand Commandery of the Castello, an ecumenical jurisdiction of the Order of St Lazarus based in Mensija, San Ġwann, remains engaged in directly assisting leprosy sufferers in India, Ethiopia and Uganda.