“Private school students two years ahead of public ones, EU report claims” ran the header of one of the articles featured in the Times of Malta (July 5).

The EU country report, which addresses a range of issues and not just education, is a timely reminder of both some of the sector’s achievements, as well as its enduring challenges.

On average, we are told, students in state schools lag behind those attending the non-state sector by two years. This is, of course, outrageous. Even if we take into account the fact that averages can be misleading (Invite Jeff Bezos to your dinner party and hey presto, everybody has become a billionaire… on average)

Furthermore, averages can be unnecessarily disheartening or complimentary: we do have star schools – and star teachers – in the state sector… and not all church or independent schools are leading lights where a good education (and not just test results) are concerned.

When, however, you think of access to quality education as a fundamental right, then even a few badly served creates an injustice – let alone when the impact is on so many.

Just imagine if this discrepancy were to be in the health sector, with those making use of private services having a two-year lead in life chances on those that rely on state services. The riot police would have to be called in!

The achievement gap in Malta is nothing short of cavernous… and scandalous. We have been saying this for a very, very long time, and PISA and other international student assessment exercises have merely confirmed and measured the recurrent pattern: in Malta it makes a difference which school you choose for your children, significantly boosting their chances of educational success (even if narrowly defined).

This is in stark contrast to a key criterion adopted by many international agencies – the OECD included – which claim that equity and quality are two sides of the same coin. In Malta we do things differently it seems.

Who or what is to blame? Or better still, how can we make sense of so many conundrums? The state, as the Commission report notes, is not miserly in its allocation to the education sector. True that ministerial musical chairs and an overload of ‘reforms’ have made teachers cynical and tired, but the answer, I wager, is elsewhere. I’ll come to that shortly.

On the plus side, we now have a graduate profession across most of the three sectors (state, independent, and church schools) with some truly cutting-edge innovations in all three. What is it about some schools that manage to get the best from their staff and students? Why is it that in other schools staff and students are demotivated, or quickly become so?

Money and resources matter of course. So do leadership styles, a meaningful curriculum, and stimulating pedagogical strategies. What is not being discussed – because it is politically inconvenient to do so – is the issue of ‘peer effects’.

I am here referring to the bundling together, in some schools, of students that have (or quickly develop) a counter-school culture, and the concentration of the rest – as many as 40 per cent – inhabiting a different sector of the system.

Their success is dependent on the failure of others

And the logic of segregation only leads to further segregation: in a case of “if you can’t beat them join them” (remember the Junior Lyceums?) state schools re-enact the past, both as a tragedy and as a farce: we have moved from ‘streaming’ to ‘banding’, from ‘trade schools’ to ‘vocational tracks’, and from ‘opportunity centres’ to a pull-out frenzy that includes ‘nurture groups’, ‘alternative learning programmes’, ‘learning support zones’ and ‘core curriculum programmes’.

Cull as many kids as possible into separate pens, so that the rest can get on with learning. The irony behind all these labels is palpable

Cull as many kids as possible into separate pens, so that the rest can get on with learning. The irony behind all these labels is palpable. Exclusion in the name of inclusion!

The patterns in the distribution of children across the three sectors is plain for all to see. Imagine that these patterns were based on colour and race or gender instead of socio-economic background. Malta would be dragged in front of a world tribunal, having to defend itself from accusations of apartheid, not an altogether fictional scenario, seeing the almost complete absence of migrant and refugee children in church schools.

And independent schools, of course, love diversity… of the type that can pay. This is not (just) an admittedly cheeky dig: many of the leaders of such schools are excellent educators and with impeccable values – yet, they do not bite the bullet when it comes to acknowledging how they are inevitably complicit in the creation of the kinds of demoralising education statistics that we are regaled with on a regular basis. To put it simply and provocatively: their success is dependent on the failure of others. Such is the logic of systems.

Independent schools, of course, love diversity… of the type that can pay

But enough of recriminations. The past has shown us that finger-pointing leads nowhere at best, and to deeper divides and retrenchment at worst. That an outcry about education there rarely is – neither from what is left of the Left in the Labour movement, even less so from an Opposition that is still in search of a cause, or from the so-called ‘general public’ – clearly indicates that the status quo is acceptable to many, perhaps even to most.

An unruly labour market that still thrives on low skills – another point made in the Commission Report – conveniently mops up disengaged students, and sometimes pays them handsomely too.

Work-based learning could offer a second chance, but unfortunately it is too rare to find, too instrumental, and often too late to make a difference. A system based on the logic of segregation is not worried too much by all this.

Quite the contrary actually. I recall being stupefied by a top bureaucrat at the ministry who was openly against all students doing well at school.

“Where,” he asked, “can we find kids who are ready to become manual workers if all of them are busy passing exams?” No such destiny for his children, presumably. It all boils down to asking what we want from education.

Dewey, as usual, had a pragmatic answer to this question: “What the best and wisest parent wants for his [or her] child,” he said “that must we want for all the children of the community. Anything less is unlovely and left unchecked, destroys our democracy.”

In education, there are no easy answers or magic bullets.

One never ‘arrives’ or wins on all fronts, but one is always striving to understand, reach out, improve. Even front-runners such as Finland – among the few countries where it does not matter much which school you attend – is always searching for ways to improve.

And yet, a vast majority of its students tend to do well, in a system that is comprehensively caring and responds to diversity not by segregating, but by, among others, ensuring a healthy mix, avoiding the creation of ghettoes that concentrate disadvantage within and between schools.

Of course, one cannot take a flower from the mountains and plant it in Malta, in the hope that it will flourish in our arid clime… but knowing that others have found ways of making flowers bloom irrespective of season should at least challenge our complacency: education can be and should be both a heritage and a portal for all, not just a few.

What is to be done? The achievement gap is, in my view, the number one problem in Malta, together with the question that is implied in it: achievement of what? For what? The state of affairs calls for an open and ongoing national conversation about education.

No single person or entity has the answer, not least because the answer does not exist. The different components of the system – including its ‘natural’ offspring, the shadow system of private tutoring – are intricately intertwined together, while each of the three sectors makes believe that its actions do not have an impact on the rest. But they do! By Jove they do!

And yet much can be achieved in tackling the achievement gap if all involved sit around a table, have the courage to acknowledge and admit that we have a problem, calmly consider the evidence, and look for ways to make sure that no child falls through the cracks in the system.

That there has been a middle-class flight from state schools is an incontrovertible fact, and, I would argue, one of the main causes accounting for the discrepancies noted in the Commission Report. And yet one cannot blame individual parents for wanting the best for their children. But one can and should hold the country to account for allowing such inequality not just to survive, but to thrive.

Honourable Minister Grima, will you stand up and be counted on this? 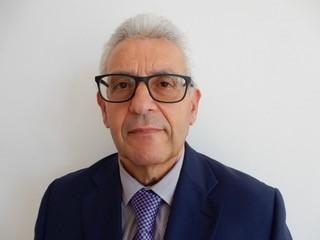 Professor Ronald Sultana is director of the Euro-Mediterranean Centre for Educational Research, Faculty of Education at the University of Malta