Trio of adventurers exploring every nook and cranny of Maltese islands and sharing footage, images with public

Being a small island, Malta may seem to offer little opportunity for adventure and exploration but three friends are proving that it’s not the case at all.

Angelo Caruana, Pierre Farrugia and Vince Bonello Pukka have completed various feats individually, however, their passion for adventure and photography brought them together last year and they are now exploring every nook and cranny of the Maltese islands as a team.

They accomplish their missions through various means, including trekking, kayaking and abseiling. They also love cycling and quad biking.

Among the places they have explored are Ħarq Ħamiem Cave, in St Julian’s, the Wied Blandun tunnel, the Paleo Christian catacombs at Salini and the Fort Tigné tunnels. They then shared exclusive footage and images of their visits with their followers on their respective YouTube channels.

One of the latest adventures saw the group visiting the World War II underground complex beneath the Dingli radar station, which used to alert the Valletta stations when air raids were detected. 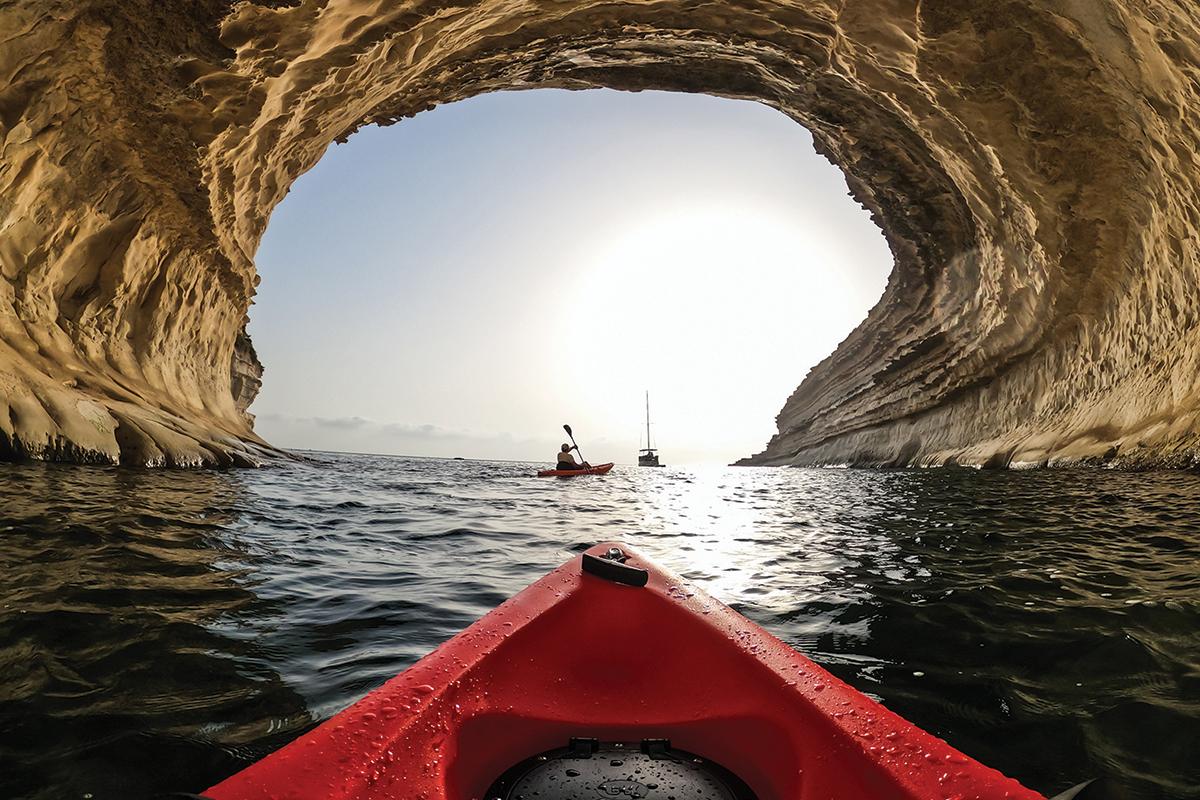 Kayaking in the Munxar area, off St Thomas Bay

“We were surprised by how large the area is. Unfortunately, a lot of the equipment was dismantled but it is still a very interesting place to visit, although it is closed to the public,” Caruana says, add­ing that they got exclusive access to the site from Malta Air Traffic Services Ltd (MATS).

Caruana, who is 40, has embarked on over 70 adventures so far but admits his most memorable one was the exploration of Għar il-Friefet (Bats Cave), in Birżebbuġa. The site, which is closed off with a gate, was apparently very popular in the 1970s and 1980s. The group gained access to the cave through the Birżebbuġa local council.

The amount of satisfaction we feel encourages us to do more

“It took us about five hours to document it. We examined every hole we found… pity that, however, we didn’t find a single bat. It seems they have vanished from this cave, which once hosted colonies of bats, hence its name.” 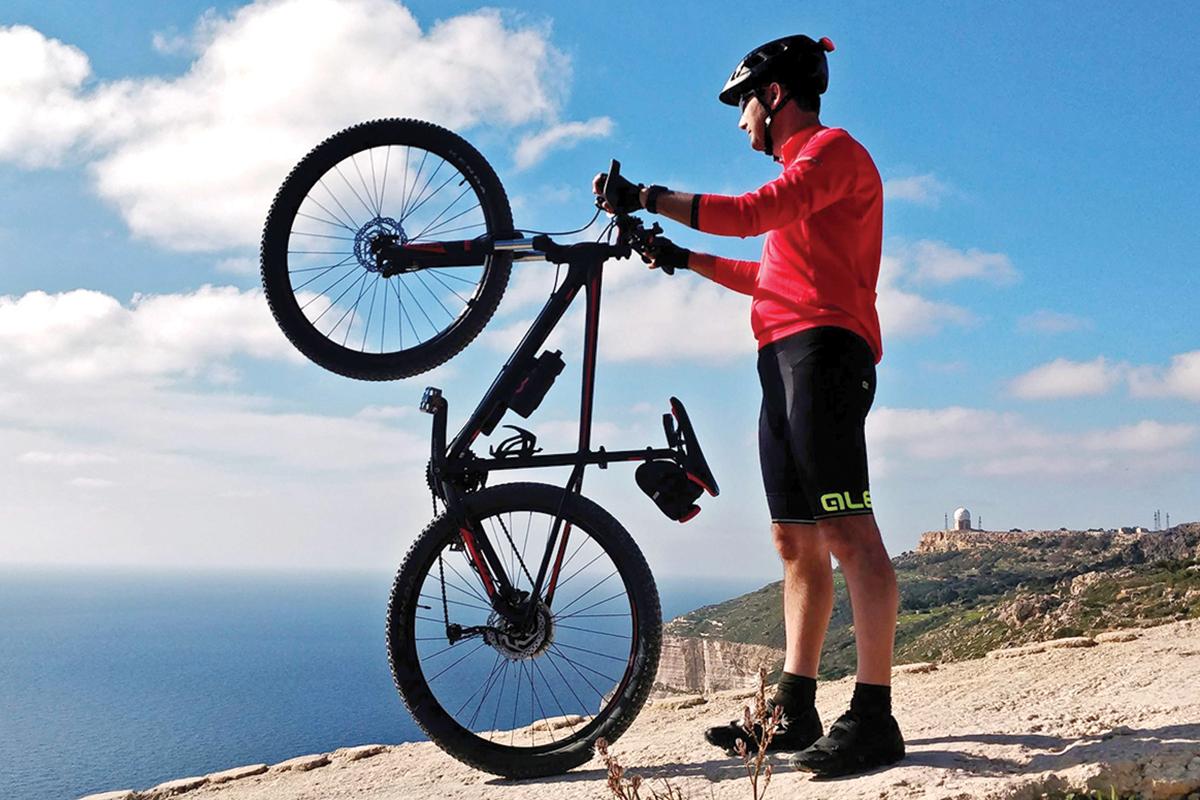 Caruana alone has over 1,000 followers, who “react nicely” to vlogs, with some giving him more information on the sites visited and others suggesting new places to explore.

All this entails a lot of planning and preparation.

“We do a lot of homework to search any available information online on the place we’d like to visit, such as photos, videos and history. However, we do not always find a lot of information, so we try to ask friends who might have visited the place before us. If we do not find enough information or none at all, we go there and explore it ourselves.”

He admits that there is an amount of risk involved − in some places more than others – but they take all the necessary safety precautions and wear safety gear. 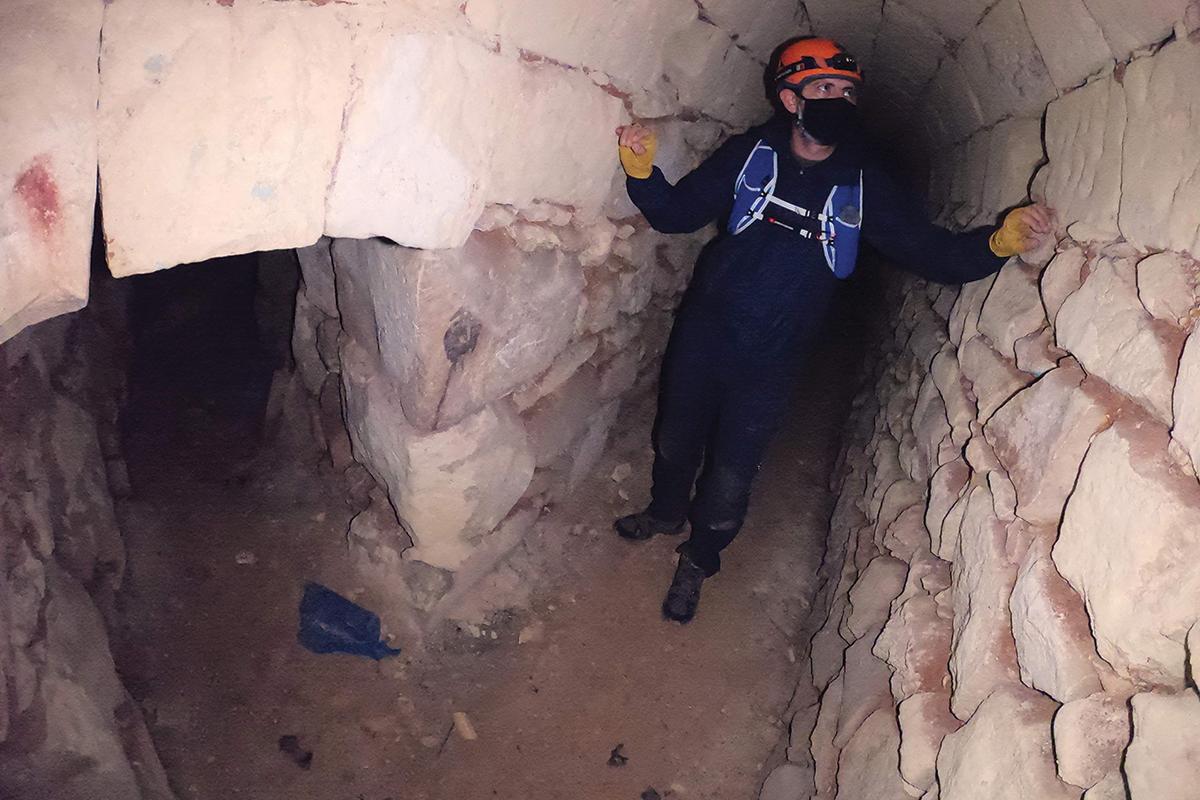 Exploring the countermines at Fort Ricasoli

“Every adventure requires its own protective clothing. For example, for trekking you need good trekking boots, for abseiling you need a harness, helmet and gloves, apart from a good rope,” Caruana points out.

“In caves, we always require at least a helmet because we often end up crawling. We have also invested in two-way radios so that we can communicate better while abseiling as well as kayaking.

“It’s also important to enter dark places with various light sources so if one fails, you will always have others available.” 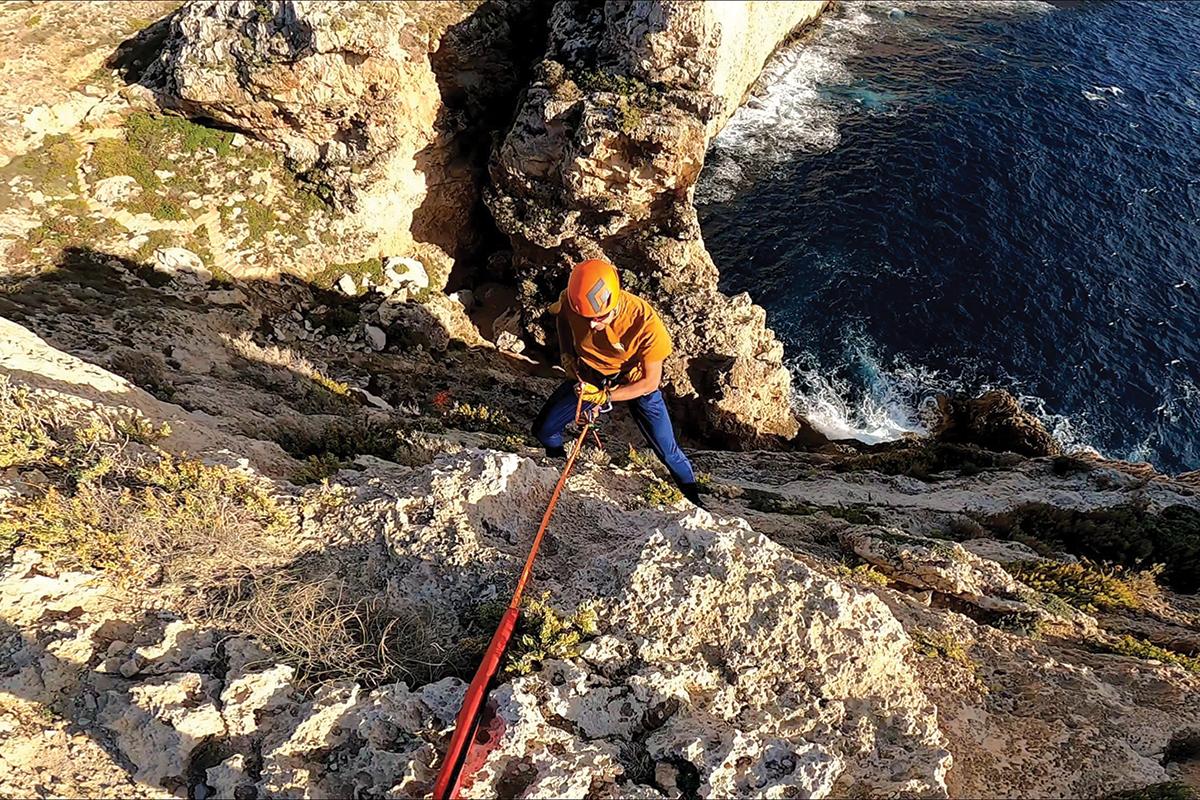 The group is planning various other adventures and is working hard to make them happen.

“They require a lot of dedication and time to visit, film, edit and upload on our channels,” Caruana remarks.

But he adds that the thrill and excitement of exploring a new place is well worth the effort.

“The feeling is indescribable and the amount of satisfaction we feel encourages us to do more,” Caruana says. “Our Malta is a gem. It’s a pity that many do not appreciate it as much as it deserves. We are limited due to our small size but lucky enough to be able to reach such incredible places in a few minutes.”

As a side note, he urges his followers and everyone to care for the environment and not litter the countryside. 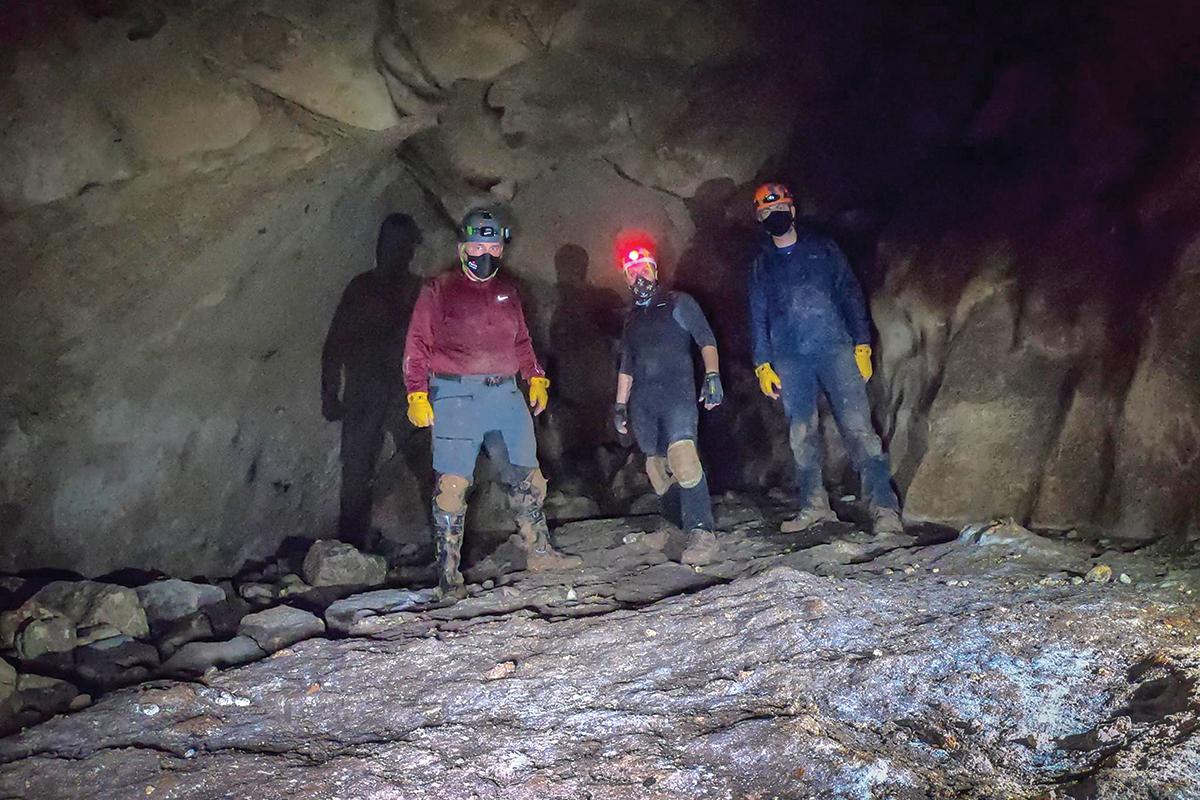 “When out in nature, keep the site as clean as you found it or even better so as to leave a better legacy for the generations to come.” 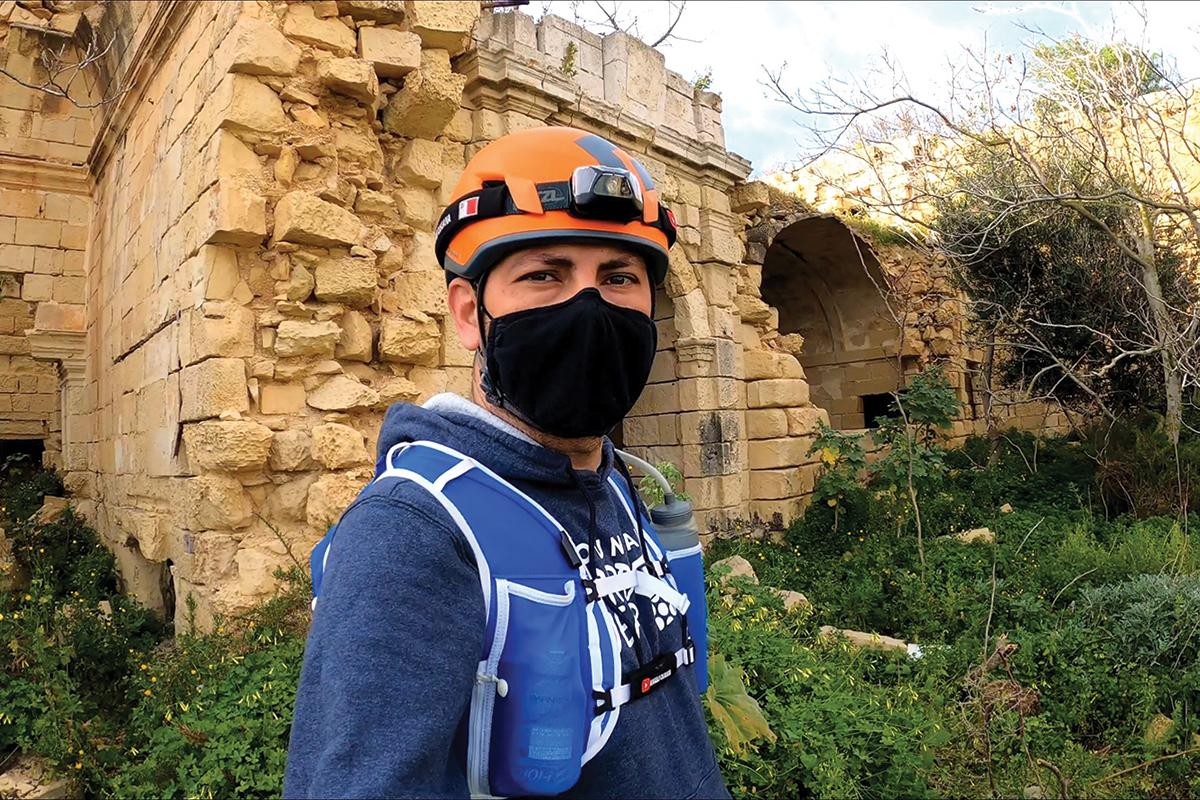 Caruana at Villa Bichi, in Kalkara