“Chi si scusa s’accusa,” say the Italians. Last week’s letter by Joseph Muscat was a perfect example of the cleverness of the Italian language.

Nobody ever believes what he says or writes anyway. The population rose up and took to the streets in 2019, the international press branded him the most corrupt politician that year. His own party, including heavyweights who served not only with him but before him with Alfred Sant and with Dom Mintoff, turned against him and forced him to resign. His party was gracious enough to allow him a few months time before announcing his departure and the actual loss of all power and prestige. Enough time to clear the decks and leave a spotless and clean sheet in the files and servers.

History will not be so generous towards him and the truth will certainly become known sooner or later. The population, just like the inquiry report published one year ago, are all convinced that, under his stewardship, Malta lurched into a mafia state with all wrongdoers benefitting from a culture of impunity and that includes everybody. 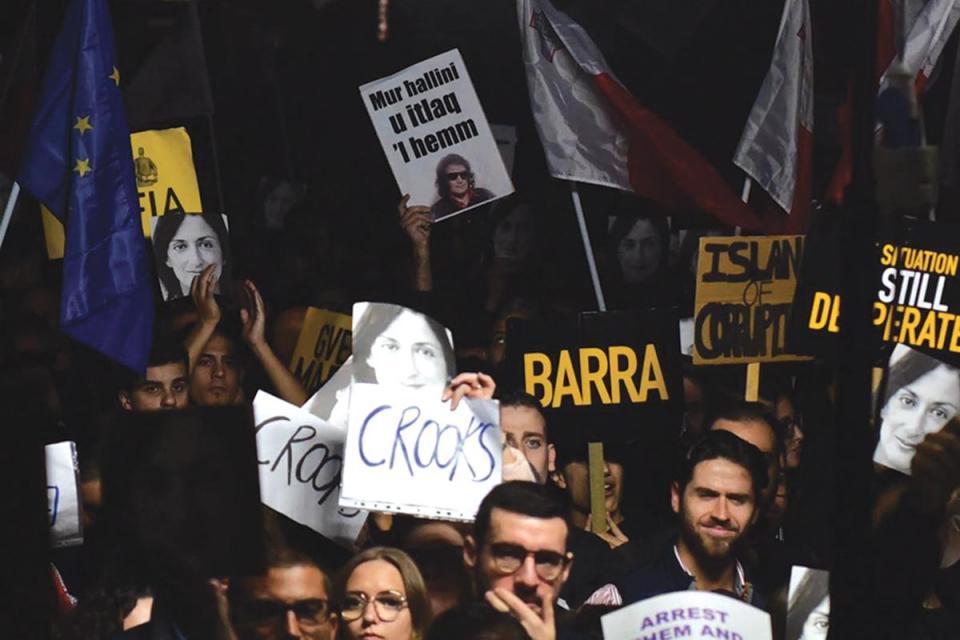 Civil society protesting outside Castille in 2019.

The continuity that Robert Abela promised upon being anointed successor by Muscat and company is exactly that: continuity in the state of perceived impunity.

That period will also come to an end sooner or later. We, who still are alive, unlike poor Daphne Caruana Galizia, will never stop disbelieving him and will certainly one day find the evidence.

I applaud Times of Malta for its determined stance on these issues. The more one denies, the greater grows the doubt.

Like the Italians, Shakespeare, in Hamlet, has the famous phrase “the lady doth protest too much, methinks” and applies to the gentleman too.