In the early 1970s, I migrated to Australia to search for a new job and a new life. I was born in Birżebbuġa, a town that I dearly love to this day. I have visited on quite a few occasions, as I still have family as well as friends still living there.

Birżebbuġa is not what it used to be, the famous ‘Pretty Bay’ beach is not as pretty as it used to be anymore. A couple of years after I left, the Freeport construction commenced and kept growing and growing. A few years back, while visiting, I was amazed when I saw one of the biggest container ships berthing at the port. Chimneys on these ships don’t stop smoking while cargo is being loaded or unloaded.

The air pollution is unbearable at times, especially when the wind is blowing directly into the village. There is no way you can leave a window open for fresh air. During my visit, I resided not far from the freeport. The bells and hooters that go on day and night are incredible. Lucky for me I was on holiday  but I felt sorry for anyone who had to wake up early for work. 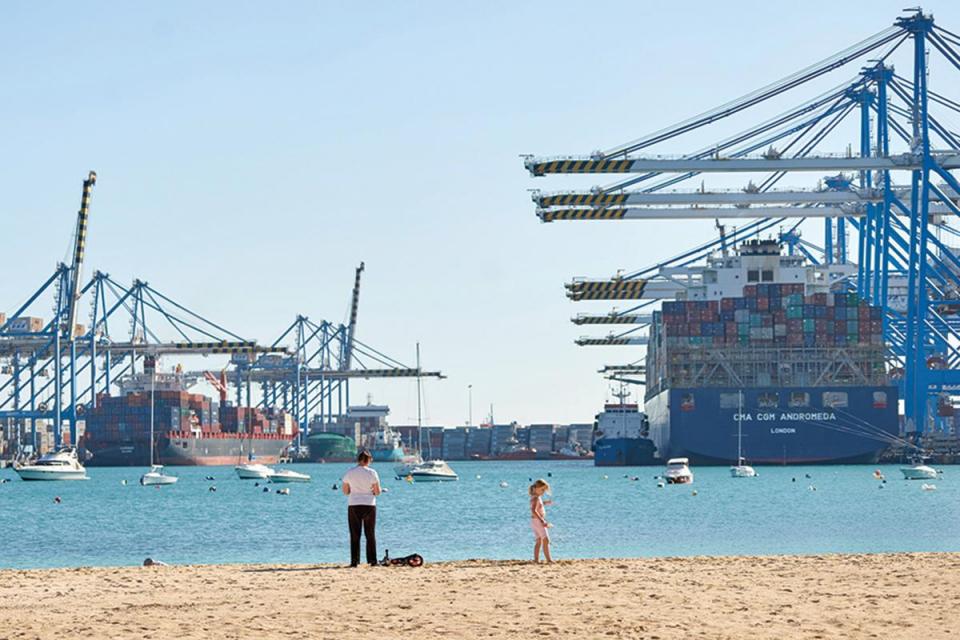 Pretty Bay, with the Freeport in the background. Photo: Shutterstock.com

Through Facebook, I am in touch with others in the village via a group called Ngħaqqdu Birżebbuġa. I recall reading a report on Times of Malta regarding a fish-recycling plant being opened in Ħal Far, an industrial area next door to Birżebbuġa. This plant was supposed to be a “state-of-the-art” processing plant. Well, for the last month, breathing fresh air has not been possible. At first, I thought a couple of people were having a whinge but then everyone in town was struggling to breathe, that’s how bad it got.

The local council recently sat down with representatives from ERA and WSC to address the complaints. After seeing an information letter issued by the council, I was amazed to read that the investigations done by ERA did not find anything wrong and, I quote, “L-ERA kkonfermat li dan l-impjant huwa in konformità mal-permess ħlief ghal nuqqasijiet minuri li ġew indirizzati mill-ewwel mill-operatur”.

As if the residents are not frustrated enough, this is another slap in the face.

I regard the noise and smoke pollution, the stench from this new plant and other plants around Ħal Far to be a very serious health issue that will be detrimental to lives in this village in the long run.

So, I ask: why haven’t the health minister and the environment minister visited this village to experience for themselves the day-to-day situations being faced?

Where is the law enforcement?

What did the police do?

As the son of a former police commissioner, Alfred Bencini, I am completely stunned and totally confused.

Finally, I pass my sincere condolences to her family.