His contribution in the newspaper, which also includes a photo with the caption ‘An ice cream vendor mounted on a tricycle’ that appeared on August 29, reminds me of the scholastic year 1950/51.  At that time, I used to attend the former St Anthony School, in Sliema.

During the midday break, we were supervised, while strolling along the Front – Tower Road, by our teacher, Ms Gerada later Mrs Camilleri.  But our main attraction was the ice-cream seller as depicted exactly in the photo.  However, the ice-cream box was light blue and had no sunshade.

Obviously, we made friends with the man.  One day, he promised to give an ice cream to whoever arrived first near him after a running race.  He indicated a spot to where we had to run to and then turn back to scurry to his tricycle.  At a given signal, off we went as fast as we could.

Suddenly, he pedalled like hell in the opposite direction. What a disappointment for us.

Those were the days, my friends.

It would, therefore, be ridiculous to change the English king’s name when we Maltese have long adopted the name ‘Charles’ and made it equivalent to ‘Carmel’. 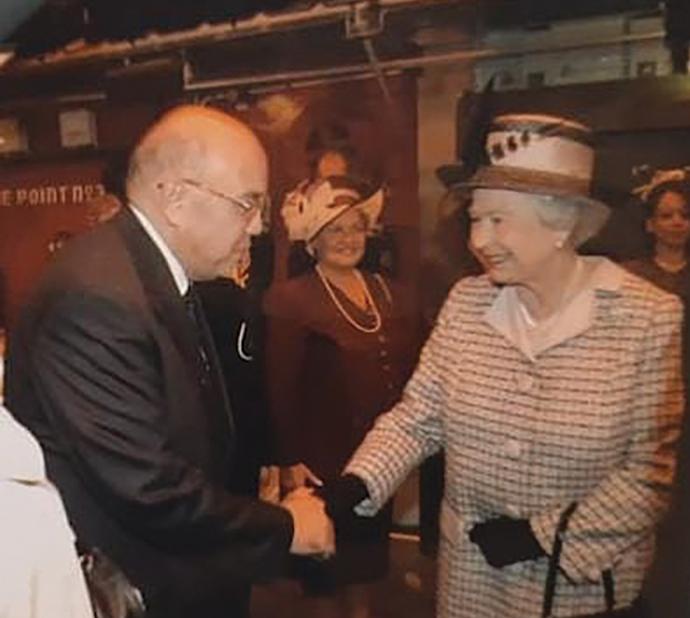 There is a moment I will always cherish and which taught me a different side of Her Majesty. Prior to the inauguration of the siege bell memorial in Valletta, a former Admiral of the Fleet, Lord Lewin, came to Malta on his yacht to see how the project was progressing. As executive coordinator of the Valletta Rehabilitation project, I met him every day.

Around 10 days before the inauguration, he told me he hoped I and other top officials were invited, to which I replied that we were not. He asked me to provide him a list of the 10 top persons who worked on the project and, in four days, we received our invitation. Not only that, he insisted we be seated front row with the ministers.

I was also invited for dinner on HMY Britannia as per photo.

As Queen Elizabeth and President Vincent Tabone came down from the memorial steps, she came to me, shook my hand and thanked me. On Britannia, she again thanked me for my work.