The media seems to have been silent on what might have been perceived to be of minor significance: the recently issued Legal Notice 220 of 2022 which amended drastically LN 98 of 2022 issued early this year. The latter was greeted enthusiastically by all taxpayers whose primary income is a local state social security pension and/or a private pension (from local or foreign sources).

This is because all pensions income qualified for a reduction in amount of 20 per cent as from 2022, rising annually by the same percentage over a five-year period, until such reductions reached 100 per cent by 2026, when all pensions would no longer be taxable. This was in line with the government’s avowed policy of eventually rendering all pensionable income free of tax.

As this latter figure equates the current maximum annual local state pension, it seems obvious that the government has had second thoughts and decided, in the space of a few months, to restrict severely the amount of tax relief allowed to those pensioners who, over the years, were encouraged by successive governments to augment their eventual state pension by taking out a private pension and, thus, to look forward to a better standard of living on retirement.

The same applies, of course, to all those in receipt of a private pension from their former employer, which takes their total pension income over the current maximum level for local state pensions. 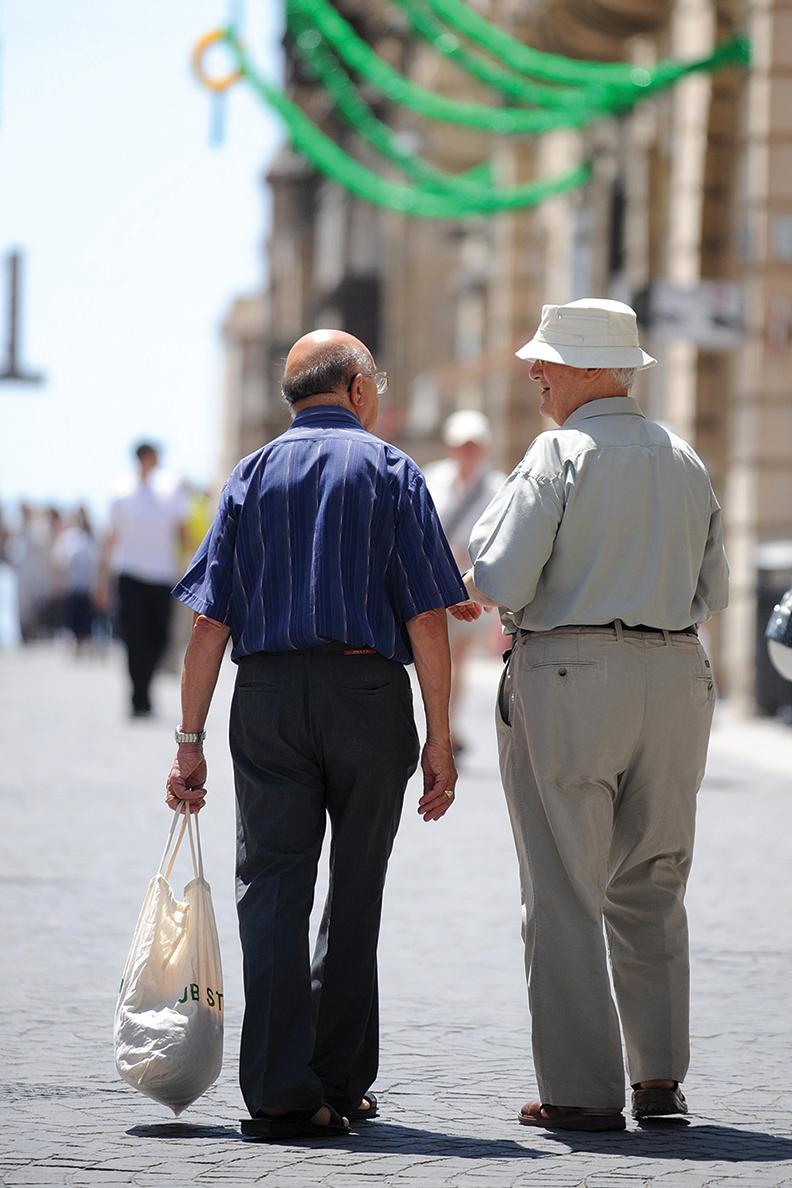 Even pensioners are made to participate in whatever austerity measures are envisaged to finance energy subsidies. Photo: Matthew Mirabelli

Space precludes me from explaining in detail here the subtle difference between the two legal notices, especially the financial impact on pensioners of the government’s change of heart. Moreover, it remains to be seen if, in the process, the government will be changing the current income brackets and standard deductions to arrive at one’s annual tax dues.

It stands to reason that between 2022 and 2026, the maximum state social security pension of €14,318 will rise annually and, thus, the maxima for determining pensionable taxable income introduced by LN 220 should be revised annually.

Surely, it would have been simpler for the formula of tax relief to pensioners to have been by way of a fixed percentage of the tax which is then deducted from the tax payable. It is hoped that Minister Clyde Caruana will clarify matters when presenting the next budget in October.

In any case, pensioners who, over the years, struggled financially to contribute towards building up a private pension, as also those whose job had the benefit of a private company pension, cannot but view LN 220 as a blow below the belt and lament the government’s U-turn after LN 98 was issued early in 2022. It seems that even pensioners are being made to participate in whatever austerity measures are envisaged by the government to finance energy subsidies.