Fortunato Mizzi described this constitution as a farce and so it should be treated as such. And, so, after every election, all the newly elected councillors resigned in protest so that the British, and the rest of the free world, would know that the country that presented itself as the ‘mother of parliaments’ was not worthy of such a title and that the elected members would not accept to be part of a council that was a council only in name.

In one year, five elections took place and, each time, the newly elected members resigned immediately. In 1921, the British granted the Maltese a self-government.

On September 14, the Qormi local council issued a statement in which it claimed that the Planning Authority informed it about a meeting on the issue of a permit to develop agricultural land at 3.10pm when the meeting had started at 3pm. 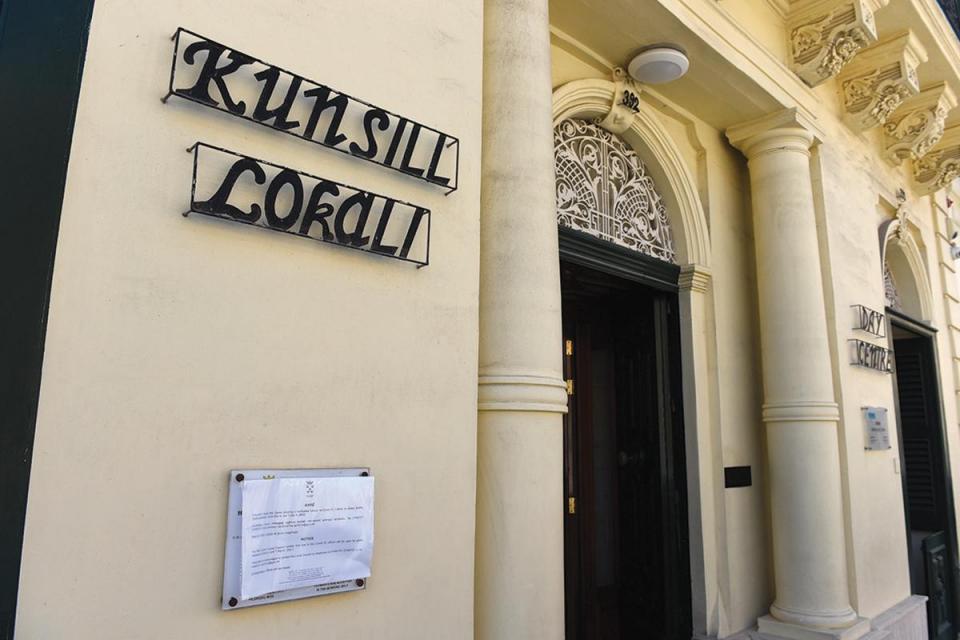 Qormi council claimed the Planning Authority informed it of a meeting concerning a large development at the last minute. Photo: Chris Sant Fournier

Gżira’s mayor claimed that he found out about the development of a petrol pump in a public garden only by accident.

In the last few years, we have heard how the local councils’ jurisdiction has been reduced gradually. Many councillors, in different localities, complain that, as a council, they are not informed of work that is going to be carried out in their locality and only get to know when it is too late.

When residents raise an issue with the local councillors, their most common reply is that, as a council, they no longer have any authority over that matter and they can only pass on the complaint to a government authority. Many councillors do their utmost but there needs to be a common stand by all councillors so that the haemorrhage of local council authority is stopped.

Are the councillors and prospective ones ready to put principle before prestige? Are they ready to follow in the footsteps of the 1903 politicians and refuse to be part of a farce? Take part in the elections for local councils if you have at heart the best for your locality but never accept to be trodden on.

They have to be supportive of each other. Unless they’re happy being toothless councillors, serving only as a customer care service to pass on complaints and gloat from the fact that you have a reserved front row seat for the annual festa concert, councillors should resign en masse whenever they are flagrantly ignored, as is happening, so that the message is crystal clear.

Will we have politicians of the calibre of those of 1903 that were ready to forget their partisan loyalty and personal glory and, all together, took a stand against someone that was ridiculing them? If not, whoever is ready to be part of a farce must be ready to be laughed at.