Not fit for purpose

According to a Times of Malta survey, the Nationalist Party is 47,000 votes behind the Labour Party. This news baffles me as it does many others. I simply cannot imagine why people consider voting Labour after all that Malta has been going through since 2013.

The list is too long but I will mention just a few. To begin with, the giving away of the three hospitals, namely St Luke’s, Karin Grech and Gozo General Hospital to Vitals. which, literally, had no clue how to run such institutions and failed to implement what the contract of sale demands. This is all thanks to former minister Konrad Minister and his boss, disgraced former prime minister Joseph Muscat.

The Electrogas deal, which Malta did not need, is another controversial issue. Again, this all is thanks to Mizzi and Muscat.

Then followed the Café Premier deal and the Chris Cardona saga, which led to his downfall. And many more.

There is also the HSBC case,  which still hangs over OPM Minister Karmenu Abela’s head and Justice Minister Edward Zammit Lewis calling Labour supporters Ġaħan. The lack of ethical behaviour by Rosianne Cutajar when she did not declare the money given to her by Yorgen Fenech is another case in point.

Meanwhile, Infrastructure Minister Ian Borg seems to be on a mission to eradicate every living tree, widen roads and build flyovers, which turn into rivers when it rains. And the proposed cannabis law is, in my opinion, shameful and I can’t imagine people in their right minds approving it.

Labour often accuses the Nationalists of corruption during their various terms in office. However, I ask:  why not take action just as PN former leaders Simon Busuttil and Adrian Delia did in the case of the three hospitals deal? Labour has had eight long years to bring the PN to justice if they felt that the PN was corrupt.

If we really do love our country, it is time to say a big ‘No’ to Labour. Unfortunately, Labour never changes. It is the people, with their vote, who have to stop them from continuing to ruin our country.

Labour is certainly not fit for purpose.

Broadcasters and journalists, when speaking and writing in our national language, refer to doctors or lawyers as ‘dottor’. This does not distinguish one profession from the other.

Also ‘dottor’ is our version of the Italian ‘dottore’. How about using our own Maltese version of ‘it-tabib’ and ‘l-avukat’? Thus listeners, viewers and readers can make out the actual profession of the learned person.

Nowadays ‘dottor’ is used too often for everyone to know whether they are doctors of medicine or doctors of laws.

I am shocked to see what is happening in Xlendi and other parts of both Gozo and Malta. How can the Planning Authority allow such hideous development?

Under the Planning Authority, it seems that everything is possible. It does not care about the country and its heritage.

Shame on the Planning Authority. 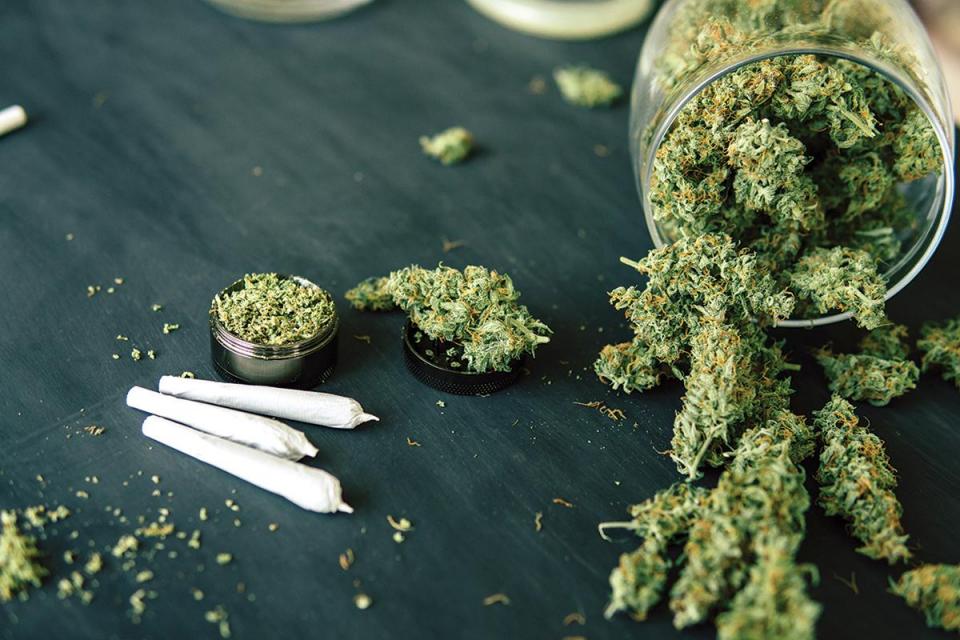 Canadians can buy 30 grams of cannabis per purchase and keep unlimited amounts at home. Photo: Shutterstock.com

Malta’s government is currently debating legislation that would legalise recreational cannabis use. If it ultimately does decide to legalise, it could look to Canada for ideas on how to proceed with implementation. That country’s cannabis experience includes both strengths worth copying and weaknesses needing improvement.

Canada began allowing medical use of cannabis in 2001 but didn’t legalise recreational use until October 2018. Sales were initially limited by product shortages but grew quickly after those faded.

Monthly legal sales now exceed $9.20 (about €6.35) per capita and likely represent more than half of Canadian cannabis consumption. The illicit market has shrunk but not disappeared.

One key lesson from Canada’s experience is that any new legal system will face competition from established illegal dealers. It must, therefore, offer enough retail convenience and product selection to entice existing users to switch.

In Canada, 2,700 licensed stores provide retail access to legal cannabis. Some are government-owned but most are businesses.

(Adults can also grow four plants per household, though few apparently do. Since home cultivation was already occurring before legalisation, it seemed futile to ban it afterwards.)

My research indicates those stores have been essential for legalisation. Not surprisingly, provinces that opened more stores per capita tended to have higher legal sales.

By contrast, provinces got almost the same growth in users regardless of how many stores opened.

In other words, where more stores opened, both reported use and legal sales grew. Where fewer stores opened, use grew anyway but, presumably, fed the illicit market.

In Malta, the government plans a less commercial approach. It will let non-profit organisations grow cannabis for their members, rather than having businesses sell it.

Non-profits offer advantages. But will enough be created to make legal cannabis convenient? If not, users might stick with illegal dealers.

In Canada, only dried cannabis and cannabis oils were initially allowed. But now vapes, foods and concentrates are legal too.

That variety matters. Canadians wanting medicinal effects typically use oils and capsules and those seeking pleasure mostly smoking and vaping. And some folks like cannabis-infused foods.

Quality and price are important too. Initially, users complained legal products were inferior and overpriced. But quality has improved and prices now start at $3.57 (€2.50) per gram including taxes.

As for quantity, Canadians can buy 30 grams of cannabis per purchase and keep unlimited amounts at home.

In Malta, the government plans to limit users to buying seven grams per day and keeping 50 grams at home. Its proposal doesn’t mention products other than dried cannabis. Focusing on dry cannabis keeps regulations simpler. But other product formats could draw more users away from illicit markets. Perhaps those will come later.

Beyond attracting existing users, Malta could improve on Canada’s approach in several areas.

For example, Canadian rules made it difficult for illegal growers and dealers to become legal businesses. Most of them presumably kept operating illegally.

Can Malta get those people working within the legal system, rather than competing with it?

It’s also been difficult for Canadian researchers to analyse legalisation’s impacts. Governments publish little of the data they collect.

A final suggestion for Malta’s government is that there is no perfect cannabis policy. They all involve trade-offs. If parliament decides to legalise, it should seek the ‘least-bad’ compromise and then work to improve it over time.