First, it was Ursula Von der Leyen who made the comparison that, “alone, a country can be a speedboat while the EU is more like a tanker”, not Deeley.

Second, the comparison can be made, for (to quote Matthew) “By their fruits ye shall know them” and, in the case of the vaccine, the EU “fruit” has been somewhat limited.

Third, the EU is busy posing as a single country and acquiring all the associated trappings (army, anthem, flag, embassies, ambassadors, EU-wide legislation, trade deals, etc), so inviting comparison, yet Borg’s feathers are severely ruffled when its shortcomings are pointed out, whether by Deeley or by Von der Leyen. 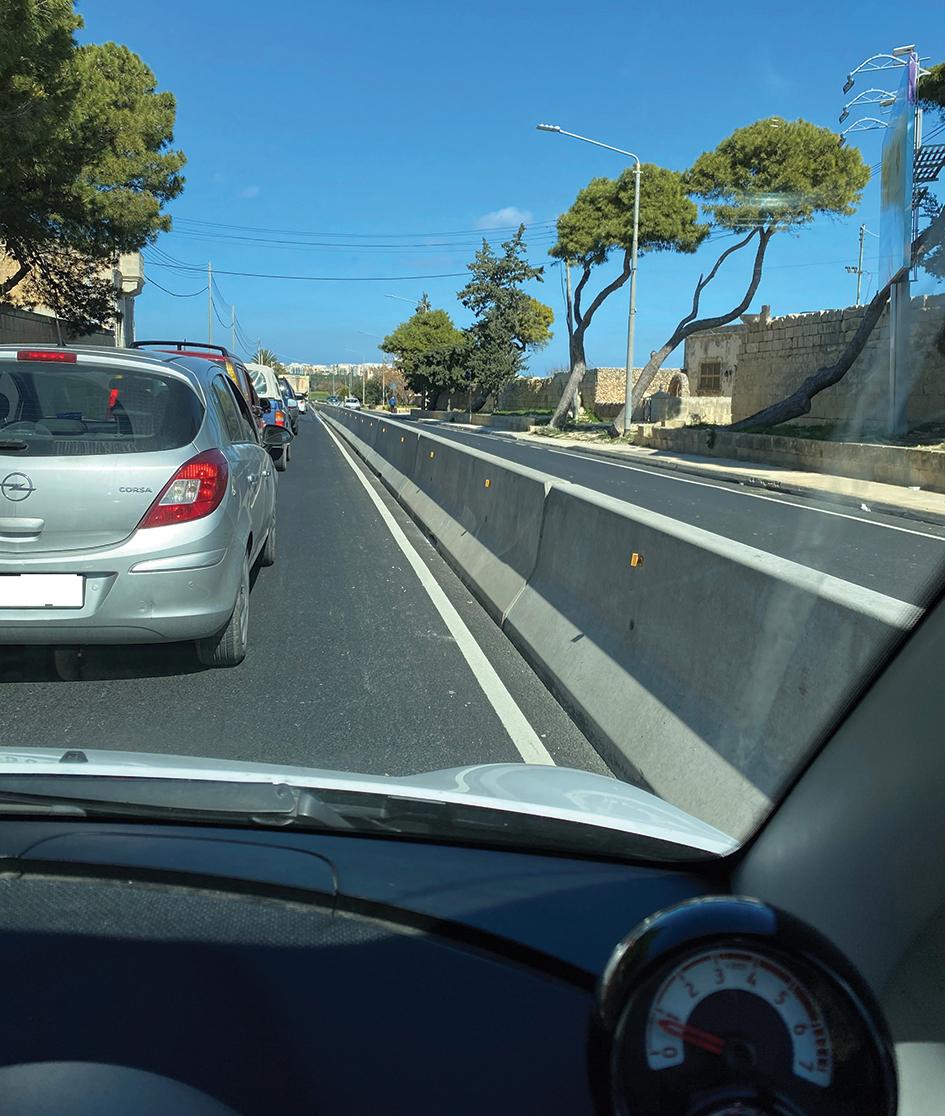 Whose idea was it to divide road lanes with concrete barriers?

In Burmarrad a few days ago, there was a traffic jam, from the roundabout close to the St Paul’s Bypass all the way to almost the top of the hill that leads to Mosta.

I ask the person in question: what if there were an emergency and people had to get their cars out of the queue?

Divided lanes with concrete barriers are mushrooming everywhere on the island. We are now even dividing the lanes in the tunnels with bollards! For what reason?

From where do we get these ideas?

I shudder to think what would happen if an ambulance were caught up in one of these lanes. Think about it!

The following verses should be relevant to the proceedings.

The Times of Malta published an article entitled “Former archpriest is permanently banned from duties over sex abuse” (February 7).

On the online comments about this write-up, several commentators tried to divert attention from the scandal of the sexual abuse of children by Catholic priests by stating that such abuse takes place also at home and at other institutions.

H. Meilak remarked: “Children can be abused anywhere, at football clubs, at school, at private lessons and others, besides paedophile priests.”

Francis Saliba wrote: “Paedophilia is widely spread through all walks of life.”

Similar arguments are often used by Catholic correspondents in the Times of Malta whenever there is a new exposure of sexual abuse of children by Catholics priests.

Other Catholic correspondents try to come to the defence of paedophile priests by quoting Jesus out of context. They quote Him about the woman caught in adultery while ignoring what He actually said about the scandalising of children.

Some correspondents try to excuse paedophile priests by pleading “human frailty” on the priests’ behalf – as long as the abused child is not a member of their family.

Other correspondents are more subtle. They condemn child abuse cate­gorically. But, if you read between the lines of their letter, their main concern is to defend the prestige of the Catholic Church. Such was the case with Fr John Sammut, who described the editorial entitled ‘The long shadow of clerical abuse’ as “Church bashing”.

These dishonest Catholics find it hard to accept the fact that thousands of Catholic clerics, including cardinals and bishops, have been found guilty of sexually abusing boys and young men in many countries around the world.

For many, a religious dimension enriches their life and helps them also to help others. The priest’s role in this is central and unique. Not to mention the clergy’s valuable sociological contribution.

There is no excuse for sexual abuse by priests, it is terrible and justice must be done. On the other hand, let us acknowledge that there are so many good priests who work very hard to give a great deal to the faithful and to society at large. Sometimes we forget to appreciate this.