Correct reading of the criminal law

I refer to Isabelle Stabile’s letter ‘Law needs clarification’ (January 6). She rebuts with vigour something I have never affirmed: “Giovanni Bonello asserts that therapeutic abortions are excluded by Malta’s blanket ban on abortions because no case has ever been taken to court.”

I never asserted anything of the sort. This is just a coarse, but convenient, misrepresentation of what I said. I never affirmed that therapeutic abortions are not criminal because no case has ever been taken to court. I asserted that therapeutic abortions are not criminal because the law makes it very clear they are not. So clear that no one, over hundreds of years, has ever been harassed for having participated in therapeutic terminations of pregnancy. No one. Never.

It is only those wholly misinformed and starved of a proper understanding of the law who read article 241 of the criminal code as a ‘blanket ban’ on all abortions, therapeutic or otherwise. That article only criminalises non-therapeutic abortions. Therapeutic terminations of pregnancy - those carried out to save the life of the mother or to protect her from grievous harm - are regulated by other basics of criminal law.

These therapeutic terminations of pregnancy are fully justified by the more universal principles of criminal law, which are as much a vital and enforceable part of the criminal code of Malta as is article 241, properly read. These general principles are, in fact, ‘superior’ to article 241.

That this is the correct reading of the criminal law is, incidentally, confirmed by the fact that, over the last 500 years, not a single doctor, mother or other person has ever been molested for participating in a therapeutic termination of pregnancy. Not one single police investigator, not a single state prosecutor, not a single magistrate, judge or jury, not once, have ever read the criminal-law ban on abortion as to include therapeutic terminations of pregnancy. We are now told they were all, all, to the very last one, wrong. Only the scaremongers are right. 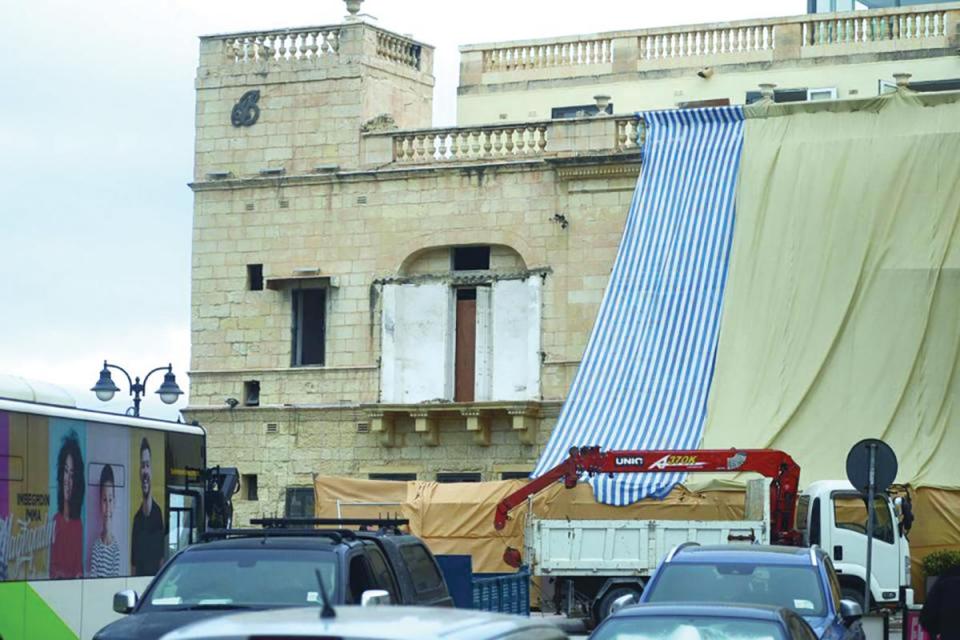 I refer to the well-written recent article about the destruction of the Maltese balconies in Balluta (right). I agree and strongly believe that any government minister who cares to keep the Maltese heritage and architecture alive should impose heavier and stricter fines not only on the owners of the building but also on the contractor and the architect involved.

The Planning Authority should be seen to respect our heritage and our culture and not give in to planning applications that fall short of what we are trying to maintain.

We have seen enough construction in the past that is causing more damage to the environment and the Maltese islands in general. The owners of this building should be made to rebuild the same construction, and not some cheap replica, in the hope of eradicating this stupid mentality where progress and profit outweigh our culture and heritage.

I hope that all governmental ministers take the destruction of our heritage seriously and fingers will be pointed at them should they fail to stop this silly behaviour.

We should also thank Din l-Art Ħelwa for taking this kind of initiative to stop this process of cultural and heritage destruction.

May they, other organisations and the public be vigilant to avoid such destruction now and in the future.