When being interviewed by veteran TV journalist Reno Bugeja recently, opposition leader Bernard Grech made quite a few astonishing and incredible statements. The first: saying that Malta’s vaccination roll out rate is the “lowest” among all EU member states. The latest EU statistics proves that Malta is in first place with regard to the COVID-19 vaccination rate.

Here comes Grech’s most ridiculous statement regarding the government’s COVID-19 strategy. I quote: “All this talk about Malta not having had its lockdown… go tell that to my mother or my father who have been unable to leave their homes since March. You go tell it to an elderly relative....” Does Grech seriously believe that anyone who happened to be watching the interview had believed him? Had he referred to people in homes for the elderly then, yes. But there is a very good reason for that.

But to try to give the impression that even elderly people (I am one of them) living in their own homes have been “locked in their own homes since March” is totally ludicrous and is a blatant lie, said by the same man who is now depicting himself as “an honest politician”. Every morning, when I go to Mosta square to buy the newspapers, I see quite a few elderly people having coffee or simply chatting while wearing a mask.

“I am certainly not in favour of an ‘economic’ lockdown” was another contradictory statement. Should we then conclude that Grech is in favour of a total lockdown of all Maltese and Gozitans who do not have to go out to work? Listening to Grech’s speeches, one can never know whether he believes what he is saying or saying what he believes.

No wonder that when he was pressed to say what proposals he has for our country, Grech replied that he “would be a fool to offer any proposals”. Grech keeps confirming that he ticks all the boxes of a fake politician. 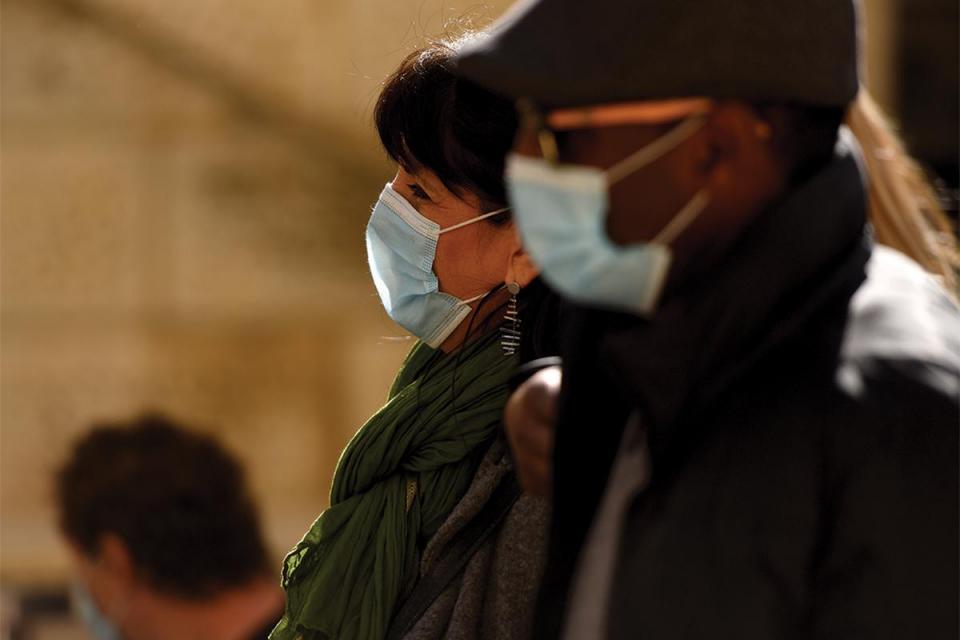 The latest Gozo statistics (as of January 22) are telling. The number of people in care at Gozo General Hospital is 14. The number of infections is 119. No restrictions on people coming here. Unrestricted access to farmhouses. Bars illegally selling alcohol without fear of prosecution. Most infections coming from family clusters. The average age of new infections is 39.

This is a formula for much future pain, wouldn’t you think? Not according to the government, where deafness seems to be the rule.

There is one matter that surely induces God to smile and that is when He hears believers refer to each other, often disparagingly, as being either conservative or progressive, traditionalist or reformist.

The reason for God being so amused is that He would never look upon His children as being any of these.

It was Christ who taught us that what mattered most in front of God, and what we will be ultimately judged upon when our earthly journey is over, is whether we have carried out His will or not in our lives and in the decisions we make.

This does not mean that we fully understand what adherence to divine will entails in the future. Mary did not comprehend completely what it meant when she assented to what the angel Gabriel had announced. Neither did James and John, Peter and Andrew when they dropped their fishing nets to follow the Lord. Yet, somehow they were so drawn to Jesus, a complete stranger to them then, that they decided to throw in their lot with Him unaware of the consequences, often tragic, that this would mean for them.

The truth is that carrying out the will of God, even if the cost is high, and this not only in important matters but also in those of lesser significance, will result in that lasting peace that the Lord promised to those who follow Him.

The tempter will, of course, always remain there, whispering in our ears that what he offers is far better and would give us more future happiness and success.

Alas, this does not work in the long run. King David and Macbeth can bear witness to this. Thus, what is crucial is not being conservative or progressive but anchoring one’s will firmly to that of God. Constant prayer helps us to discern what the Lord wants from us. We can then rest assured that, as Teresa of Avila once said, “God will not be outdone in generosity”.