I refer to the editorial “Collapse in house of justice” (July 4) where it is stated that Magistrate Joe Mifsud, in the controversial judgment last week in connection with the involuntary homicide of Miriam Pace, quoted me as saying “Society, through the courts, must show its abhorrence of particular types of crime and the only way in which the courts can show this is by the sentences they pass. The courts do not have to reflect public opinion. On the other hand, they must disregard it. Perhaps the main duty of the court is to lead public opinion”.

There is a double error here. In his judgment, Magistrate Mifsud refers to a judgment I delivered in the names Il-Pulizija vs Maurice Agius (he does not bother to give the date of this judgment but it is, in fact, November 13, 2009) where I quoted what Lord Justice Lawton said in a judgment of the English Court of Appeal (Criminal Division). But, then, Magistrate Mifsud misrepresents what Lawton said. In fact, the third sentence in the quotation should read “On the other hand, they must not disregard it”. Leaving out the adverb “not” gives a totally different nuance to what Lawton was trying to say.

This is the third time that Magistrate Mifsud has totally misrepresented Lawton’s words, citing me in the process as the indirect source for that misquotation – see Il-Pulizija vs Wayne Caruana (January 5, 2017) and Il-Pulizija vs Claus Peter Reisch (May 14, 2019). This mindless cut and past without bothering to check the original judgment from which Lawton’s quotation is taken is a disservice to the administration of justice.

I attach (below) for ease of reference a copy of the Maurice Agius judgment.

For some inexplicable reason, the judgment is no longer available on the court’s publicly accessible data base. The relevant part which Magistrate Mifsud repeatedly misquotes is to be found in paragraph nine, in the context of a general exposition of the theory of punishment.

In that case, which involved crimes connected with VAT, the attorney general had appealed seeking a more severe punishment than that awarded by the magistrate.

Misquoting by failing to verify with the source is, unfortunately, not uncommon. If one goes to the court’s data base and types the word “contracettazione” one finds no less than 19 judgments, most of them delivered by the same two magistrates, misquoting Francesco Carrara’s definition of theft which Maltese judges adopted in the 19th century in default of a definition in our criminal code. 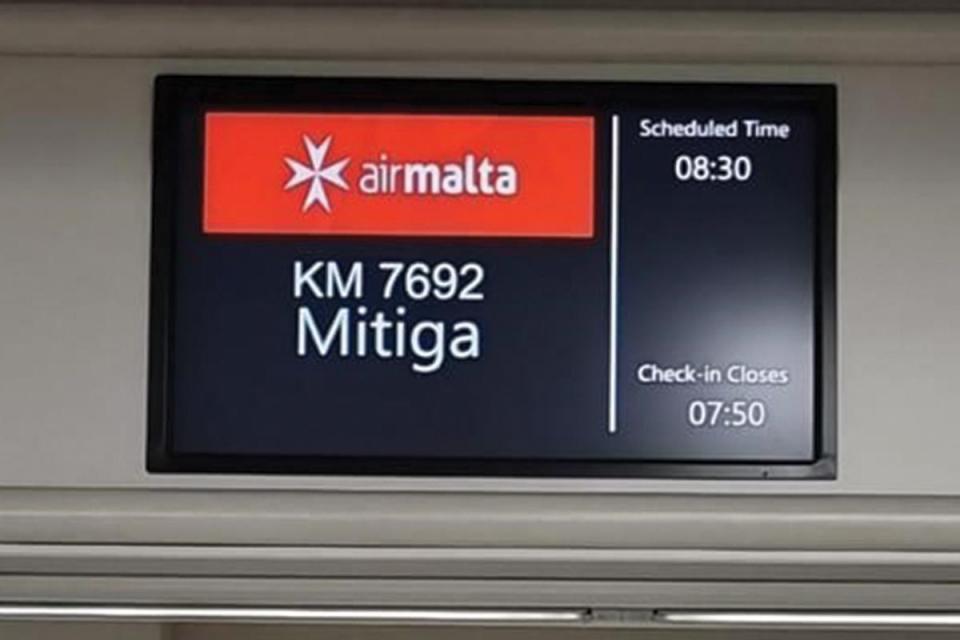 We are indeed very pleased to see the famous Air Malta emblem land on our shores again which we’ve dearly missed over the last seven years. This is a very positive move from the Maltese government to give the management of Air Malta the preliminary right to resume the services between Valletta and Tripoli.

This goes to prove that history does repeat itself as Air Malta was the first airline to resume its services to Tripoli after the lifting of the 1992 air embargo.

This confirms the very significant relationship between the two nations as concluded in my late brother’s Hesham Busefi’s thesis of 1996 titled ‘The Libyan Maltese ‘special’ relationship’.

This air link brings business opportunities for both countries with the addition of humanitarian assistance by creating a gateway for the vast number of travellers from Europe and transatlantic to Libya via Malta due to its strategic geographic position.

I would like to take this opportunity to congratulate Air Malta, the chairman, the business community, families of dual heritage and the traveller as a whole for this milestone.

Terry Bate from Għajnsielem deserves the ‘letter of the year’ prize, if there is one (July 3).

I have to tell him that I have been in Anticipation many a time but age has taught me not to bother going there, too much disappointment.