Amenities and outlets are shifting their base to this lower part of Victoria, Giorgio Borg Olivier Street, where it is more convenient for pedestrians in the vicinity of the bus terminus and drivers availing themselves of adequate parking facilities.

Giorgio Borg Olivier Street offers a vast variety of shopping outlets to meet the expectations of all locals and visitors. The business activity in this street is increasing every day and the volume of traffic using this road is rendering the situation for pedestrians more dangerous.

There are no signs of speed limits or even road markings advising drivers to limit their vehicle speed.

To make matters worse, wardens are present for the simple reason to pounce on someone who may be double-parked, merely for dropping off an aged person to attend a clinic without causing any inconvenience or obstruction. These wardens dish out traffic contraventions without any mercy.

Pleas to all the authorities to introduce speed limits and, above all, a pedestrian crossing have fallen on deaf ears.

The buck stops with Transport Malta, which has never held an on-site inspection to address this critical situation. Instead, it prefers to be passive and render the situation from difficult to impossible with given its bureaucratic attitude.

It is not if but when a serious accident will happen. Then excuses will start coming from all the people who should have avoided these inconveniences.

The authorities, wardens and,  last but not least, MPs from both parties have failed to note the urgency of this dangerous situation.

Now is the time to act. 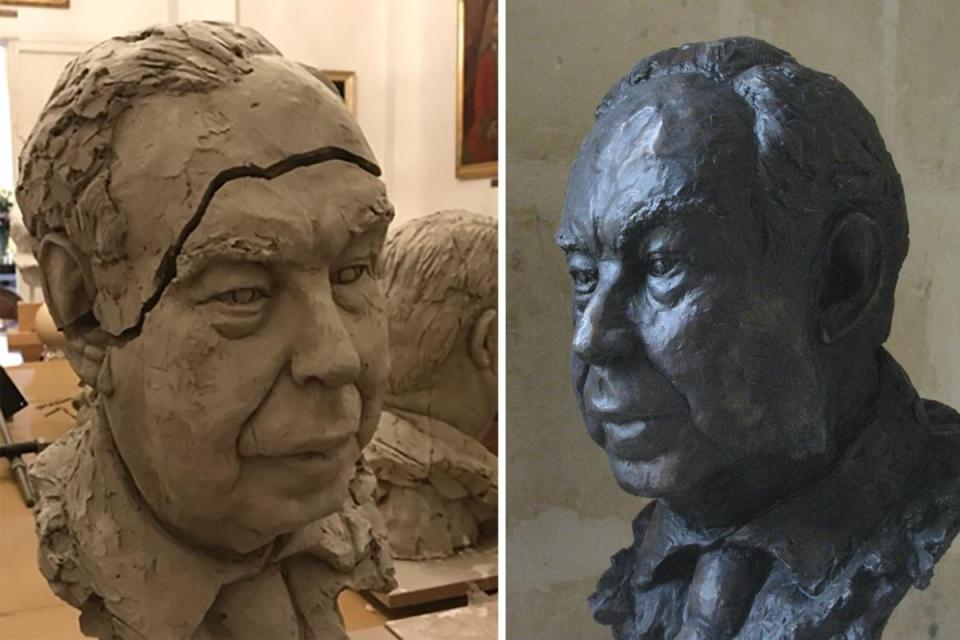 The clay original bust (left) and the finished bronze.

When I was commissioned to sculpt Edward de Bono by his family, I had already met him many times when he lived at the beautiful Palazzo Marnisi overlooking Marsaxlokk.

I was well aware of his work and literary achievements which have helped put Malta and his creative thinking theories on the international map.

Lateral thinking was his unique concept which is now recognised in the Oxford Dictionary. Edward was educated at St Edward’s College that was founded by my relative, Lady Margaret Strickland.

As a sculptor, I prefer when I can work from life to capture the best likeness of my sitter, so I organised with Edward to carry these out at his apartment in Rabat.

Here I was able to chat to him in a very relaxed atmosphere about his work and his books. He kindly presented me with a number of his books while I was there.

I always keep the clay portrait busts in my studio but, inevitably, they disintegrate and crumble away with time.  I noted, with amusement, that, in keeping with Edward’s ideas, his clay original split laterally right across the brain as if in homage to this Maltese genius!

I enclose photos of the finished bronze and the (now split) clay original bust to amuse readers and more of Edward can be seen on www.robertstricklandsculpture.com.

Edward de Bono’s funeral will be held at Mdina Cathedral today at 10.30am. It will be live-streamed with a link posted from the home page of deBono.com and screens and speakers will be installed outside.