St Charles de Foucauld – a prophet for our times

Pope Francis will canonise Charles de Foucauld together with 10 others today.

De Foucauld was born into a noble family in September 1858 in Strasbourg. When he was six years old, he and his younger sister became orphans. They were brought up by their grandfather with loving care and deep Christian faith.

At the age of 16, he lost his faith. He then entered the Military Academy of Saint-Cyr. When Charles was 19 his grandfather died, leaving him a large fortune, which he began to squander.  He was sent to Algeria but had to return to France when he refused to send away his mistress Mimi.

After some time he returned and participated in a military campaign. Later, he explored Morocco and wrote a book about it for which he got a gold medal from the  Geographical Society of Paris. This journey in Morocco was a turning point for him.

The sight of Muslims praying led him back to the faith. After his conversion in St Augustine church, in Paris he joined the Trappists for seven years. After an experience in Nazareth he found his vocation to imitate the Hidden Life of Jesus.

He went to Algeria where he lived a Christian presence among Muslims. He wanted everyone, Christians, Jews, Muslims and unbelievers, to regard him as their brother.

He moved to the Sahara Desert to live among the Tuaregs, an abandoned nomadic tribe. On the evening of December 1, 1916, he was killed by a member of the Senousite tribe.

Charles wished to set up a new religious family to live in the spirit of the Hidden Life of Jesus at Nazareth.

He didn’t succeed in his lifetime but, today, there are about 18 different lay, religious and secular fraternities in different parts of the world.

The end of an era 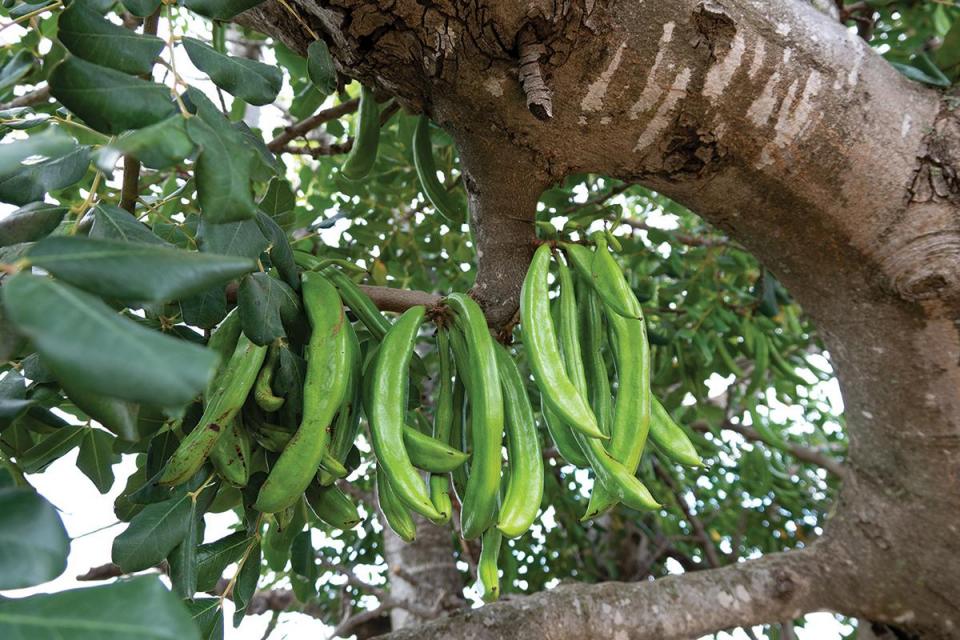 As a resident of Marsascala, at Żonqor Point, for the past 30 years or so, I have had the privilege of enjoying the view of a beautiful carob tree.

Needless to say, the carob tree and I were silent companions as, every day, I would look out of the window and enjoy the sight of wildlife turning the tree into their home. This tree was a sanctuary for birds, not yet killed by hunters, and stray cats. It was part of a beautiful ecological ecosystem, maybe one of the few remaining green patches left on the island.

In fact, the land housing this tree seemed to have been a designated green area, however, in this concrete jungle we live in, such areas don’t last too long. Last week marked the end of the tree’s life because, unfortunately, unknown to the tree, it developed roots in a development zone.

The moment demolition works started on the tree I contacted ERA to report what was going on. While I would like to commend the ERA’s representative on the other end of the line for being so courteous and helpful, the outcome was shocking: concrete prevails.

Given that Malta is one large development zone, and since concrete and corruption prevail, it seems that trees in Malta are guaranteed a sure fate: death. The only variable in the picture is time, that is, when the puppet masters [developers] pull the puppet’s [the government’s] strings to develop a new batch of ugly houses no one can afford.

With EY’s Generate Youth Survey (2021) clearly illustrating that youths in Malta would rather live in another EU country due to environmental degradation and overdevelopment, the government, through actions like this, could not make it more blatantly obvious that the only interests the administration represents is corporate greed.

Now, you may be thinking that the removal of one carob tree is no big deal but it becomes a relatively big deal when several of these seemingly ‘small’ events occur across the island in a sporadic and isolated manner, largely going unnoticed. The compounded impact surmounts to a large impact.

The question is: with actions like this, what are we leaving for future generations to enjoy? Or, to be honest, at the rate things are going will future generations settle here? Once the government has replaced all our blue skylines with concrete, who are we to blame and how will we fix the situation?

Maybe the next project could be a public garden along the lines of a zoo with specimens of flora with QR codes because, at the rate we’re going, flora will cease to exist.

I recently bought a 125hp electric motorbike as I feel there are simply too many cars on our roads. I honestly believe that this is the way forward and motorcycles are more practical to get around.

Some people believe bikes are dangerous and cars are a safer option but, surely, having less cars on the road is a step in the right direction. Traffic will be reduced and, hopefully, so will the number of accidents on our roads.

If drivers of cars and motorcycles learn to respect each other, then they both will be able to enjoy the roads.

In Vietnam, Sri Lanka and many other countries the two-wheeler is the king of the road and not the car. I think this is the way to go: more bikes and less cars.

I would also like to make an appeal for the small roads in our towns and villages to be kept in a good condition and fixed whenever necessary. We bike drivers do not usually use the arterial roads but, rather, neighbourhood roads, secondary roads, alleys and back roads, which are not always as well maintained as they should be.

I believe it is time to look at the two-wheeler as the new best commute vehicle for one person or two.  I am 66 years old and I love driving my bike. I mostly use it to go around my town  but I also venture to other villages.

May we be more diligent, stay safe, respect and be respected by all other drivers who share and enjoy our roads.