I am a frequent rambler and, last February, came across Ronnie Gauci’s labour of love patch in Għargħur. I am sure few know about a person commemorated on one of his creations.

A Għargħur resident, Sr Angele-Marie Littlejohn together with a group of 18 missionaries were killed in Algeria two decades ago and was beatified by Pope Francis in 2018. She was a nun of Maltese descent; her father, William, was born in Għargħur and emigrated to Tunisia in 1921.

Ronnie’s efforts were not in vain as he touched many with his selfless creativity. He dedicated his time and efforts to embellish a rubbish dump, something the authorities were not able to do themselves. One questions the pitiful level of consciousness of the country where concrete and destruction all over the place are honoured over genuine, well-meaning deeds that nurture one’s soul with its simplicity and intention...

Weak with the strong 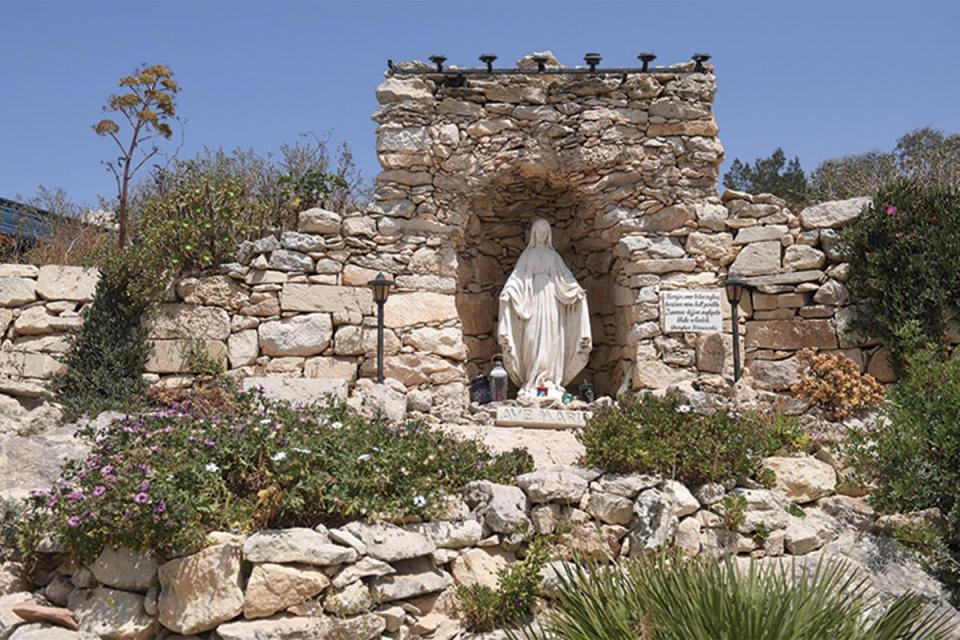 A niche with a statue of Our Lady. Photo: Matthew Mirabelli

Following the front page photo and a full page 5 feature and more photos in the Times of Malta (April 29), I went for a walk along the Victoria Lines at the ‘top of the world’ on May 1 to see what the fuss is all about.

The area is certainly looking a lot cleaner and more orderly since an all powerful PA threatened Ronnie Gauci with a fine of up to €50,000 unless he clears the site presto.

How dares this individual clear the site of rubbish and erect so many works on public land without a PA permit? After a public outcry, the niche that he had constructed for Our Lady was spared his destructive sledgehammer. One man one vote. Strong with the weak.

Walking along this stretch later, one could not see a single PA permit affixed to any of these myriad haphazard habitations, made of various materials, fenced off on pieces of public land. Of course, where else can these people keep their cars, caravans, boats, barbecues, outdoor tables, TV sets and sitting areas?

The police have been regularly patrolling this area hunting criminals not wearing masks, ignoring the blatant theft of public land by The People. Last year, a PA permit application did in fact appear, affixed to a rock, proposing to modernise an abandoned slipway built by those horrid British colonisers. Thank God that we booted them out so we can take over the land for ourselves and use the slipway for our boats. Many people, many votes. Weak with the strong.

George Vella has flagged a block of flats in his Żejtun. He asks the Planning Authority to reconsider the project. Good. This is the way to act. But what about the rest of the islands? Does it happen only in Żejtun?

Stop the wilful destruction of our towns and villages. Towns have been rendered soulless warrens; villages have lost their character and charm. Buildings are being constructed with one template: a design based on greed, cheap materials, maximum units in the least area possible and a quick fix for a ‘design’.

Many architects are complicit with these destroyers of our identity and heritage. The PA is certainly to blame in this rape, giving a free hand or waiving already-weakened policies that politicians watered down for the benefit of the insatiable few and to the detriment of the public.

This is not progress. This is not raising our standard of living and quality of life. The atmosphere has become choked with concrete, the sense of well-being extinguished under the box-like towers that are being built. Gone are our tourist attractions. Gone is our sense of living in a beautiful place. Everything, everywhere is under attack. Not just in historic Żejtun.

What about those buildings encroaching on, in size and in height, prehistoric temples, squares, gardens, windmills and churches? Next to where I live, in Rabat, the PA has approved the building of several storeys of studio flats (not allowed by policy  but conveniently waived) on top of catacombs.

The PA and its actions will be cursed in the future. The greed and sleaze that drove this building frenzy will have, by then, ruined Malta.