Another week and another six letters by anti-choice readers of this paper call for a reply. Two ladies have come out of the woodwork to disprove my theory that most misogyny is perpetuated by (mostly middle- aged) males.

I was hoping that Margaret Bianchi (October 19), being of the fairer sex, might inject some common sense into her arguments but, once again, I am left disappointed. 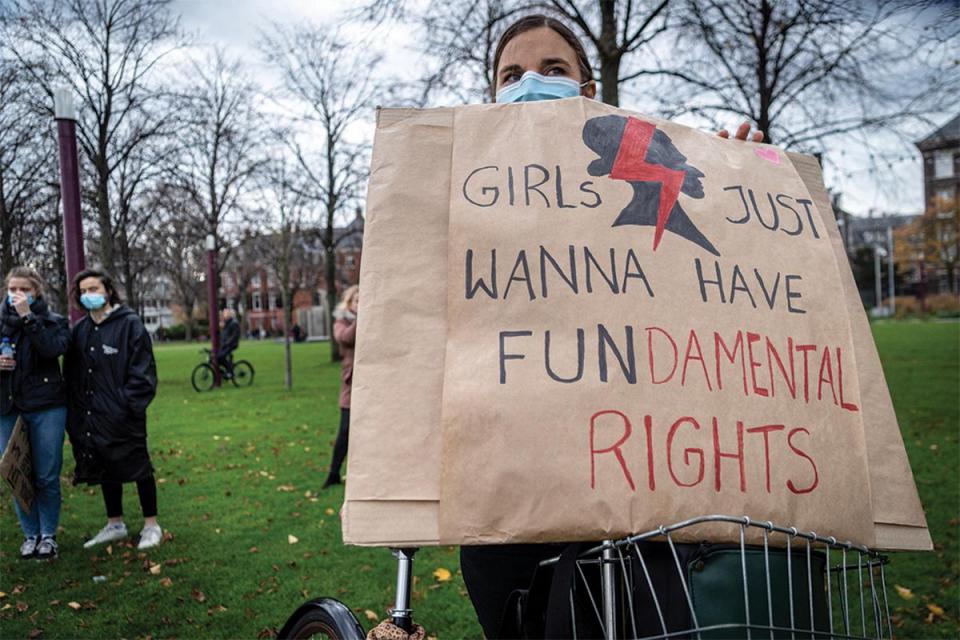 Protesters against the Polish abortion ban at Museumplein, in Amsterdam, the Netherlands. Photo: Oscar Brak/NurPhoto

She states that those of us who uphold the woman’s right to choose the way she deals with her pregnancy lack compassion. Quite the opposite. As the organisation I represent views it, it is forcing women to go through pregnancy and birth that is inhumane, goes against their fundamental rights and lacks compassion.

I can assure her that the only agenda pro-choice activists have is for the decriminalisation and legalisation of abortion to happen so that women in Malta can have the same options to choose how to handle their pregnancies as women in other countries do.

I further refer to the letter by Phyllis Sammut Smith (October 19) with whom I can agree on only one point: the public debate on abortion has, at last,  begun. Indeed, my Doctors for Choice colleagues and I are proud of our role in this debate.

Sadly, however, Sammut Smith then proceeds to build her argument by conflating Catholicism with Christianity. As any student of religious doctrine will attest, Catholics are Christian but not all Christians are Catholic. Moreover, the claim that “the world needs depopulation by death” is simply absurd.

I further refer to Joseph Caruana (October 31) and ask him to consider why my colleagues and I advocate for the decriminalisation and legislation of abortion.

Does he realise that, from noon on Sunday afternoon to 9am on Monday, women in Malta cannot access the morning after pill because there are no pharmacies open and the pharmacy at Mater Dei Hospital does not stock it?

If only one per cent of those who proclaim they are against abortion would advocate with us for better sexual education in schools, widely available and inexpensive contraception, we would not be in the situation where, almost every day, one woman in Malta risks being criminalised by having an abortion.

I also refer to the letter by Carmel Vella (November 1), whose Trump-like evidence-less statements must be designed to mislead.

As a medical doctor, I can state unequivocally that there is incontrovertible scientific evidence that the overwhelming majority of those who have had an abortion do not regret it. He should try speaking to the women who daily call our FPAS helpline on 2778 2758 for advice.

In reply to the letter by Anthony Curmi (November 2), I would like to clarify, first, that abortion does not mean killing “babies” because, before birth,  the correct medical terminology is embryo/foetus; it is only a baby after birth, which is when it derives its rights. Women who are happy to be pregnant will use the term ‘baby’, however, those who are not do not.

Second, abortion is illegal in Malta so, unless doctors wish to lose their medical licence, they will not be performing abortions. However, contrary to popular misconceptions, providing information about safe and accessible abortion methods is not against the law. Hence, I stand by my duty to care for every woman, including by providing information on how to obtain an abortion.

I finally refer to John Azzopardi (November 3), who persists in looking at the issue of abortion through tinted, dare I say, biased lenses. It is very simple, really.

Women who have no choice over what happens to their body have no bodily autonomy. Their body is “owned” by self-righteous individuals like Azzopardi who can impose their opinions on others on the basis of their personal/religious/political perspectives.

Viewing women as mere incubators is unacceptable in all but very few countries in the world. One day, that will be true in Malta too.