According to an interview in the Times of Malta of April 30, 2017, with the Malta Employers’ Association’s director general, it was reported that the national minimum wage agreement was hailed as a historic step to lift people out of poverty.

After nearly five years, it turns out that this is not the case as about 100,000 people, including 25,000 pensioners, are at risk of poverty.

As regards the agreement,  the director general pointed out that there was no minimum wage increase. It provided for a mechanism to reduce the number of workers earning the lowest amount set up by law.

He stressed the point that the minimum wage had remained the same. He also declared that,  in case there is an increase in the minimum wage, all workers, regardless of their grade and salary, expect to be treated in the same manner and get an equivalent rise.

It is not my intention to go in the merits and demerits of the case because everybody can conclude whether the agreement was successful or otherwise to provide the right mechanism to lift people out of poverty.

At present, people are interested to know more about the minimum wage and what is going to happen in the near future.

The agreement also provides for the setting up of a low-wage commission. It should be formed by members of the MCESD and the first proposals should be passed to the prime minister by 2023.

The problem of the national minimum wage has been haunting us for many years. It should be taken on board as early as possible. The quality of life and the purchasing power of thousands of people, including pensioners, are being eroded at a fast and alarming rate.

Procrastination is the thief of time. In this case, procrastination leads to the deterioration of the quality of life of thousands of people and is a tool which increases the poverty rate among vulnerable people. 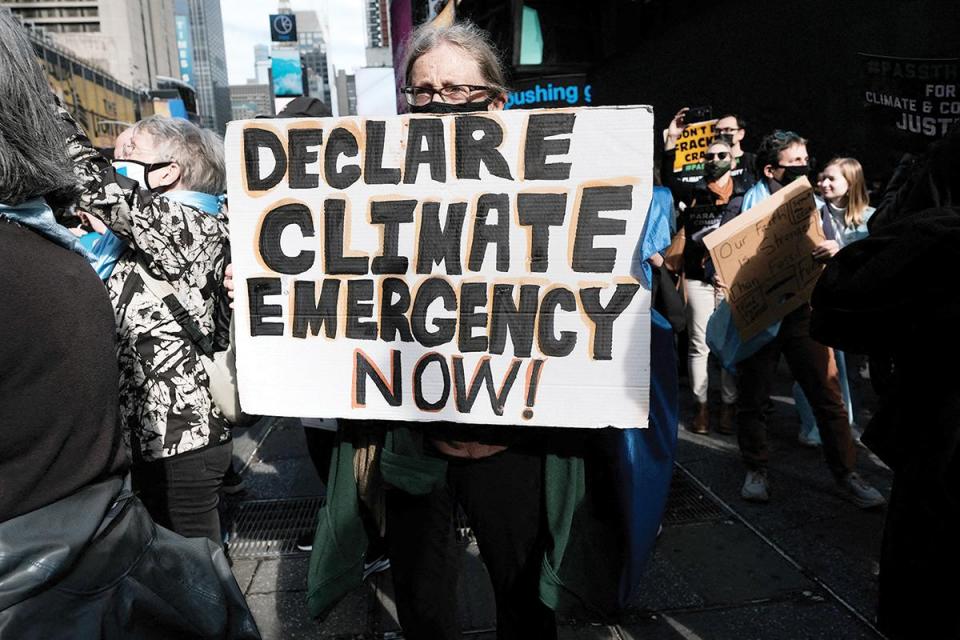 Following the COP26 climate conference in Glasgow I thought to my myself that besides giving our contribution as a nation we can also contribute on an individual basis.

For example, we can make less use of our private car, plant a tree in our neighbourhood, separate the rubbish more carefully and clean up the debris left at our building sites.

After all, we are well known for keeping our homes spick-and-span so let us give our contribution to make a better world for our children and grandchildren.

I also suggest that the United Nations declare Greta Thunberg Person of the Year.

Protect the environment through love

Rather than trying to address all our environmental problems through technology, our care for the world must be shown through the love of others.

This was written by Fr Carlo Calleja (October 31) when referring to Laudato si’, the second encyclical of Pope Francis.

In the encyclical, the pope critiques consumerism and irresponsible development, laments environmental degradation and global warming and calls all people of the world to take “swift and unified global action”.

Fr Calleja also refers to the Glasgow climate summit and stresses that there are entire communities at risk as they are exploited by more powerful nations in the name of progress and development.

Within this context, the distinctively eternally relevant gospel accentuating the importance of loving others as oneself could not be more applicable. Loving God and neighbour means loving God’s creation and protecting it while never allowing particular interests or ideologies to prejudice the common good.

Protecting the environment has to be a collective effort from human beings who care for each other and are grateful for the beauty presented to us by the Creator.

Use electric vehicles to save the planet

I followed the COP26 Glasgow climate summit very closely. This made me feel a moral duty to tell everyone to invest in electric vehicles: cars or motorcycles.

Since our vehicles are as clean as the source of their power, we should all push for a zero-emissions power station as early as possible. We should all make it a serious target to use electric transport since that is the most helpful way of doing our bit to save the planet.

A single car is not a big polluter but multiplied by millions, cars and motorcycles are among the biggest polluting agents in the world. Moreover, you will be encouraging car makers who tell us they are all set to make them if there are people to buy them. An increase in production should make them cheaper.

We should really be alarmed about the climate crisis but we should not panic. Most of us are not able to change our cars immediately. There are many things to consider before making such a big investment. For one, it is economically wiser to buy a new vehicle. Many others can more easily afford to just convert the one they have.

Some may be waiting for a new and better and possibly cheaper brand. So, we may understandably have to delay buying a vehicle but nothing can excuse us from planning to do so.

Thank you from The Philippines

On behalf of the MSSP community in The Philippines, I would like to show my deepest gratitude to the Mission Fund and all benefactors who sent a generous donation to help the poor.

The situation in The Philippines is still bad. Many people are still suffering from strict lockdowns in certain areas,  which stretches them to the limit, and most of them cannot cope.

We still give regular cooked food to the homeless and the poorest, food relief and rice weekly to many families and financial aid to the sick.

The Mission Fund and all their benefactors are part of all this and we thank them from our heart. We encourage everyone to share our blessings with others. This can be done through donations to the Mission Fund and by sending used stamps. Donations may also be made online or by direct bank transfer to one of the following accounts:

Residents often write about cyclists and scooter riders riding the wrong way in one-way streets in towns and villages. Years ago, many localities had two-way streets but, unfortunately, this changed.

It is now no longer a case of just a diversion around a block but several blocks. Add to that the fact that Google Maps in 2021 still does not provide cycle route information and the end result is people are confronted by long circuitous diversions or having to back track an equally long distance.

It is high time that we re­adopted two-way streets and contraflows or bidirectional streets cutting across our village cores.