Who runs the courts?

I have and give every respect to all propositions Frans Said (November 17) has made in his letter, which, apparently, came from the bottom of his heart.

However, l challenge him to answer this one vital question, once he has been through the grind: who runs our courts? Is it the judiciary or the lawyers who represent thousands of clients?

An accused before the magistrates’ court is given every chance to have his lawyer present for the hearing. When the accused’s lawyer fails to turn up, the former is given every opportunity to trace the latter and, if unsuccessful, in the majority of cases, the presiding magistrate defers the case for another date. Witnesses are requested to go home and count their blessings.

There are other instances where the case is deferred; for example, either the defence lawyer insists that he has counter-proof as to what is being alleged by the prosecution or, maybe, he insists on bringing forward witnesses at another sitting as new evidence has emerged and he was not aware of such a development.

These are, indeed, fair instances to transcend a fair hearing. I will not indulge in insinuating cases dealt with in courts of other instances. Just listen to the cries of the population.

Even the present government is aware of the slowness with which the wheels of justice are turning notwithstanding the numerous additional members introduced to the bench. The matter remains in the hands of the lawyers and, in order to set the wheels in motion, l ask for their cooperation. 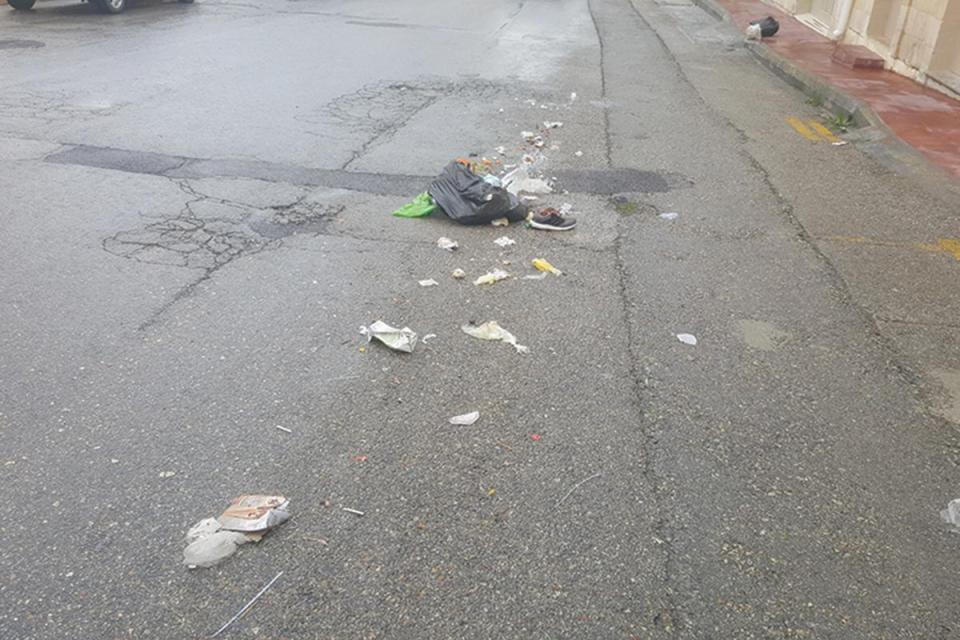 This is a common sight in the Maltese islands. When I was at grammar school in England, Harold Wilson’s Labour government started a ‘Keep Britain Tidy’ campaign and when I visit my daughter you realise just how it’s paid off.

Now look at the streets here... no pride in the impression this gives tourists, along with the abysmal road users and the rubbish roads in Gozo.

Forget the tunnel, forget the metro; get basics sorted first.

Abortion and the law

In response to my letter, John Pace, in his contribution ‘Bans on abortion save lives’ (November 17), states that “it is devious for anyone to use a heart-rending, human death to campaign for the legalisation of abortion”. And this highlights the warped thinking of those who want to maintain a complete ban on abortion.

They are willing to prioritise embryos and non-viable foetuses over the health and lives of actual, breathing women. Such a woman could be you, your wife, or your daughter.

If it really were “devious” to give priority to women over the contents of their uterus, then I would gladly consider myself “devious”.

Pace also wrongly states that Maltese law acknowledges the “double effect principle” to allow the treatment of complicated pregnancies. I invite him to read the thesis ‘Abortion in Malta: Reviewing the legal stance from a pro-choice perspective’ by Desiree Attard, in which it is highlighted how “the Criminal Code is absolute in its prohibition on abortion and allows for no circumstance where an abortion could be legal”. The law in Malta, contrary to popular belief, does not allow life-saving abortions.

Pace also makes the misleading assertion that “it is not restrictive abortion laws that ‘kill women’ but abortions themselves can do that by causing uterine sepsis and many possible complications”. He should read the 2012 observational study ‘The compara­tive safety of legal induced abortion and childbirth in the United States’ by Raymond and Grimes, which found that “the risk of death associated with childbirth is approximately 14 times higher than that with abortion. Similarly, the overall morbidity associa­ted with childbirth exceeds that with abortion”. The truth is that, statistically, abortion saves women’s lives.

Only approximately four per cent of countries in the world completely ban abortion as Malta does and San Marino has recently voted in a referendum to legalise abortion and leave that category.

The reality is that those four per cent of countries cannot stop abortion and they know this – abortion is happening every single day even in Malta – but they just cannot trust women enough to control their own reproduction and their own lives.