Over 1,000 young men and women wanted to work in a vineyard. Very poor working conditions. Salary: less than the minimum wage.

Moreover, workers will have to be ready to face insults, ridicule and run the risk of being branded ‘old-fashioned’. No insurance, pension scheme or bonus. Workers should not expect to see the fruits of their labour but will have the consolation of being in the service of the Lord.

For further details apply: the Seminary, your nearest convent or your parish priest.

(This is an unpaid advert.) 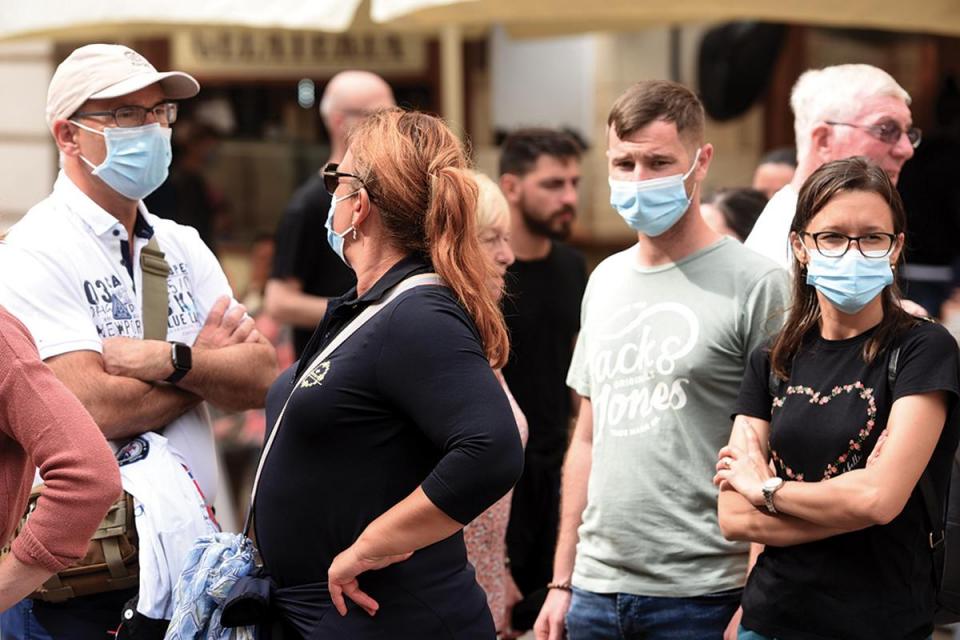 An article about “evidence-based” COVID responses (November 19) claimed that COVID infection confers immunity lasting several years and so strong that it blocks reinfection and transmission.

Medicine is full of controversies – you believe the ones that have credibility.

In her reply (November 18) to my article ‘Grave risks of abortion pills’ (November 10), Mara Clarke, founder of Abortion Support Network of UK, said she wanted to correct some errors in my article. The first was that: “Medical abortion pills made up of Mifepristone and Misoprostol are on the World Health Organisation’s list of essential medi­cines, even when taken outside of clinical setting.”

In my article, I gave abundant evidence how the US Food and Drugs Administration, the medicines authority in the US, which caters for a population of about 331 million people, looks at the two abortion pills. Although it approves the substitute pill Mifeprex for abortion purposes it attaches a good number of restrictions to its use to specifically protect the health and safety of US women. It also declares very clearly why certain categories of women should not use Mifeprex, again for health and safety reasons.

This, clearly, is something very different from what WHO says, allows and promotes on these pills.

A good number of organisations of international stature and repute hold that President Donald Trump’s action to defund WHO in May 2020 “is a brilliant and brave move”.

They further declared: “Not only has the World Health Organisation been planning for years to promote abortion in a COVID-19-type pandemic, it has become abundantly clear even to the secular world that the WHO is serving the world’s most corrupt power structures rather than the common good.”

Clarke also said Abortion Support Network (ASN) does not, and has never, been a provider of medical abortion pills.

The Times of Malta report of February 14, which I quoted in the beginning of my article, quotes Clarke declaring: “In a sense, we’ve been lucky because almost everyone who has contacted us has been early enough in pregnancy to get tablets rather than have to travel.”

To my knowledge, I have not read or heard that Clarke had written to the Times of Malta to deny, or clarify, what the newspaper reported about her. If she had really done that, many will be interested to know when and how she had done it.

Am I the only person who has to use sticky tape to open the latest version of recycling food bags?

In future I might be tempted to shove food waste into the black sacks!