I am instructed by Angelo Farrugia to write in connection with the article by Kevin Cassar (June 28).

Contained in that article were allegations which were clearly culled verbatim from another article which appeared under the heading ‘Daphne on Thursday’ in the issue of the Malta Independent of May 15, 2003.

My client had felt libelled by those unfounded allegations and the Court of Criminal Appeal by its judgement of May 20, 2011 upheld his position.

I would have expected facts to be checked better before going to print especially as the issue was the subject of court action and the allegations are clearly wrong and unfounded, as the court itself ruled in its judgement. 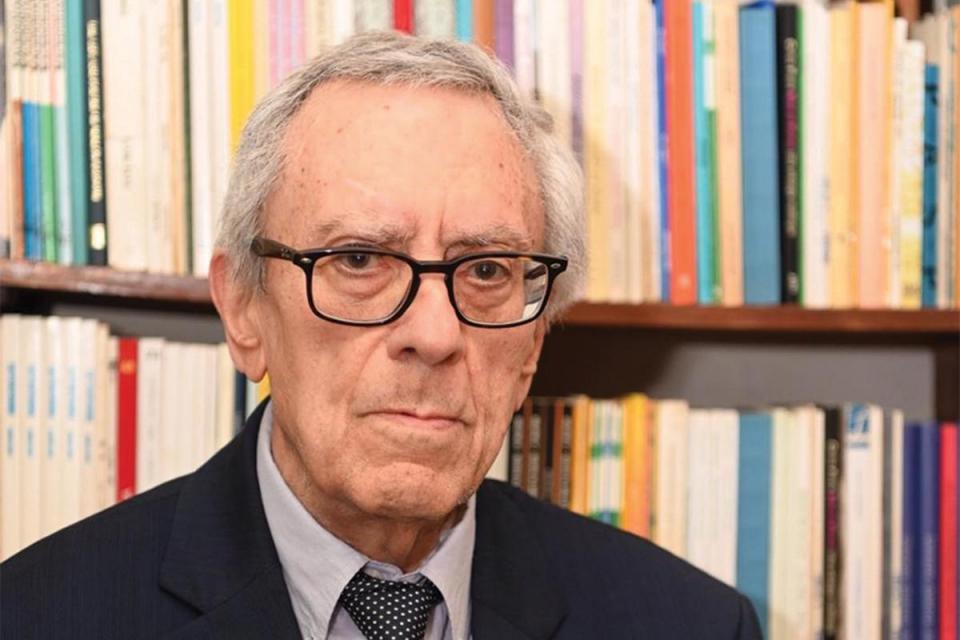 The little flame that was kindled in Floriana in 1947 grew into a national shining star with global recognition in the world of literature and its universal appreciation. Oliver Friggieri, a great writer, novelist, poet,  philosopher, literary and political critic, a great friend of mine,  is no more. He passed away on November 21.

He was a teacher who would become a professor in the Department of Maltese in our University, side by side with Ġużè Aquilina.

He taught us how to appreciate human characters from their body ‘language’, from the way they speak and from what they say with his Ir-Ruħ fil-Kelma.

When he wrote about Maltese politics, men in the political arena shook their heads and asked who does this story- telling man living in Birkirkara think he is – he is so arrogant!

When the Maltese parliament banned us Maltese – journalists and writers – from using the word ‘Malta’ in our writings, he disobeyed and defied the humiliating ‘law’ by publishing Pawlu ta’ Malta, the most successful oratorio ever written in Maltese. It was presented three times at St John’s Co-Cathedral, in several parishes in Malta and at Ta’ Pinu, in Gozo.

When the government of the time wanted to depict saintly politicians, he bared them all with his Fil-Parlament ma Jikbrux Fjuri (No Flowers Grow in Parliament).

He was one of the best true political analysts Malta has ever had.

For his contributions to Maltese literature, Oliver was awarded the gold medal of Ġieħ l-Akkademja tal-Malti and Ġieħ ir-Repubblika. He also won various editions of the National Book Prize.

In his love to help instil appreciation for our language, Oliver was the prime motivator in the creation of the school magazine Sagħtar for which, together with others, we worked hard to help secondary school students enjoy and love reading about all that is Maltese.

As a husband, he revered his ‘always ready to help’ Eileen. As a father, I saw him cry and talk emotionally about his family.

He loved books … his house has all its walls covered with bookshelves and books.

Once Oliver met Joseph Aquilina, who was living in a flat in his hometown, Floriana. Aquilina, sensing a promising student and future scholar, told Oliver: “We are like the flame of a candle in a sea of darkness.” Oliver worked all his life to make that flame shine and light around; it is not his fault if there is still darkness. For what he did, the Maltese nation today salutes him, a great man.

May his beloved adoring Eileen and his daughter, Sara and her family find comfort in remembering that their Oliver was, is and still will be Malta’s Oliver Friggieri.

Thank you, Oliver for all the good you did for Malta and the Maltese. Thank you for having been one of my great respected and respectful friends. I owe you a lot. I will miss you.

May the Almighty – in whom you believed strongly and  whom you never failed – reward you with eternal peace.

It is an undeniable fact that the sudden passing of renowned scholar and writer Oliver Friggieri comes as a heavy loss for Malta and leaves an irreplaceable void in the Maltese literary and cultural scene. His work and profound passion for the Maltese language and identity left an indelible mark on the island’s literary treasure trove.

Yet, his legacy is not limited to the confines of the island nation but extends well beyond Maltese shores by giving due prominence to the deep ties that have long existed with neighbouring Italy.

Indeed, Friggieri’s own life experiences embodied this closeness between the two countries as evinced by his early years of formation when he studied at the prestigious Università Cattolica del Sacro Cuore, in Milan.

Throughout his professional career, he carried out extensive research on the influence of Italian culture on the Maltese cultural experience and literary tradition, publishing numerous articles in scholarly journals as well as critically acclaimed works on the subject.

He also made a name for himself on the Italian literary scene as one of Malta’s most respected writers by having several narrative works translated into Italian.

Friggieri’s in-depth studies place special emphasis on the Italian legacy of culture and heritage embedded in the island’s identity, proving that Malta’s vicinity with Italy was never a mere geographical position but a determining factor and deep-rooted influence on the Maltese experience and way of being.

The Italian Republic recognised his outstanding contribution in the literary field and in promoting bilateral cultural relations by decorating him with its highest-ranking honour of the Ordine Al Merito della Repubblica Italiana in 2012, conferred by the then Italian President Giorgio Napolitano during a ceremony presided over by the then Maltese President George Abela.

Friggieri may no longer be with us but his name will remain forever engraved in the island’s literary field and beyond, his spirit living on through a vast and enduring legacy.

It is a legacy that earned him deep respect and high esteem not only in his motherland but also in its neighbouring country as exemplified by an article published on the occasion of his demise on the widely renowned Italian daily Corriere della Sera.

This in itself is a worthy testament of the unique Italo-Maltese relationship characterised by a natural affinity and shared values and heritage that continue to draw both countries closer to each other.

I want my money back, writes John Zammit (November 22).

So do I and I have been chasing e-Dreams and Air Malta since the end of March, when COVID-19 emerged in Malta.

It is a disgrace that we are bounced back and forth by these two companies in an effort to recover money that, according to European conventions, legally belongs to us.

Is anybody accountable in this country?

How about some action from Europe on this, or are these people there to protect these companies only, to the detriment of us commoners?

Unfortunately, both the government and the opposition do not care less about a number of individuals who, during or after a separation case in court, end up homeless or else living in garages or cars.

It is a shame how the government has failed to financially help these individuals. Some of these people end up in prison as they cannot afford to pay the maintenance ordered by the court due to COVID-19, which has destroyed their daily income.

Unfortunately, most of the NGOs have overlooked this situation and many people have been abandoned and are forced to live in miserable and inhumane conditions and work like slaves to make ends meet.

I wish this situation gets more attention, especially by MPs, who have failed to address this difficult state affairs for decades.

They say lightning does not strike twice in the same place but this does not apply to VAT lottery winners! Once again, this month, there is a lucky winner whose name has been picked twice.

There must be something very wrong in the way these receipts are picked and this has been happening for years.