Driving home from my morning swim at Ħondoq I was very surprised and pleased to see groups of workers cleaning and tidying Qala.

Apparently, the prime minister was scheduled to visit and these extra workers had been drafted in to help the solitary street sweeper who normally does his best to keep Qala clean.

One man on his own, despite working every waking hour, cannot keep an entire village clean, so these extra workers were very welcome.

Sadly, the visit was cancelled but it made me wonder if perhaps Robert Abela might be persuaded to visit more often, say, once a month, and then the entire village and surroundings would get cleaned and tidied on a monthly basis.

I would be happy to stand him a coffee or whatever appropriate beverage depending on the time of day and I am sure he would be welcomed by the many party faithful frequenting Qala square.

Perhaps he would like to sample the sea breezes down at Ħondoq as we know he likes the seaside.

I am sure he would enjoy a monthly visit to a quiet, more rural Qala, away from the madness which is now Malta. 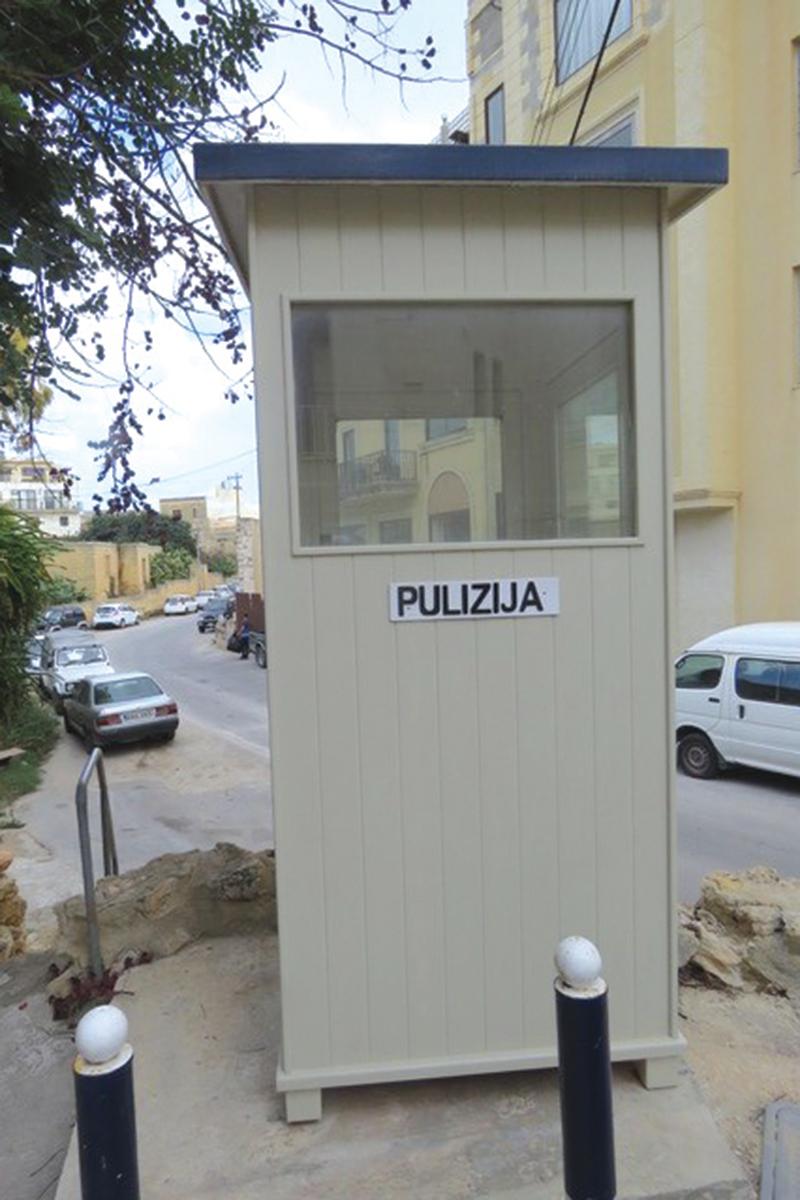 The photograph (right) shows a police box that was erected, along with a set of stone steps, in an elevated position on Ħamri Street, in Għajnsielem, some years ago.

In all those years, I have never seen it occupied by the police, or anyone else for that matter, and it remains locked and dirty and a mystery.

Is it a secret police weapon with hidden speed radar? Does it contain a secret entrance to an underground prison? Is it the vertical equivalent of a sleeping policeman? Does it have a secret use that remains close to the police vest?

I think we should be told!

PN cannot be trusted to deliver

Just days ago, the government announced and published the much-awaited motor sport racetrack proposal. This was followed, a few days later, by the announcement of the metro proposal. Both were widely welcomed.

The PN, as expected, had to try and somehow get in on the act.

On the racetrack project they reminded us that it had been included in their 2017 electoral manifesto. As if any electoral promise made by the PN means that it will be implemented.

May I remind readers of just two examples: the rebuilding of the Royal Opera House (Teatru Rjal) had featured in each PN’s electoral programme from 1952 right up to 2008. And look at what they finally delivered, an insult to all opera lovers because it looks more like a mini yacht yard than an opera house.

The second example: in the 2008 election, the PN had promised to lower the highest income-tax bracket from 35 per cent to 25 per cent in the first year of the legislature.

They had succeeded in fooling enough voters to win the election by a whisker but then completely forgot what they had promised them.

And it had to be Joseph Muscat’s Labour government to do it.

On the metro proposal, the PN had immediately welcomed it. But, barely a couple of hours later, someone (Chris Peregin, Richard Cachia Caruana, Louis Galea?) must have instructed Bernard Grech to somehow criticise the proposed project prepared by renowned international experts.

Grech asked why had the metro proposal not been extended to the south of the island and also to Gozo, as if the sustainability of the project was of no importance, when it is the vital factor for this proposal to be transformed into reality.

This is what voters will be deciding on when they cast their vote: which is the party which they can trust to deliver what it promises?

Undoubtedly, the great majority will, once again, decide to trust the PL movement to continue upholding and improving the standard of living they have become accustomed to under this government.