Christ, after telling his disciples that he would be sending them “as lambs among wolves” also taught them to be “as innocent as doves and as cunning as the serpent”. Since the story of Adam and Eve in Genesis, the snake has always symbolised craftiness in its purest form. For the Lord to urge his followers to be as cunning as the serpent is something to reflect upon.

Today, however, it seems that many Christians have foolishly discarded Jesus’s advice to emulate the snake in its shrewdness but have chosen only on being as harmless as doves. This is evident when they avoid confronting situations which are clearly sinful and which distance us from God.

Compassion is often cited as the reason behind this attitude. This is incorrect. What is most important in dealing with others in difficult situations is, above all, truth. The Lord spoke of himself as being “the way, the truth and the life”. Discarding truth by misusing the virtue of compassion is like a doctor who refuses to speak the truth to a patient with a serious condition because he feels sorry for him.

Jesus taught us that those who live in sin should be clearly told the truth about their sorry situation. “If your brother is in error, go and tell him his fault’’.  Refusing to do so is not, as some fondly believe, a way of showing them love. Surely Christ loved the Pharisees and even prayed for them from the cross. Yet, since he wanted them to reach salvation, he often berated them calling them hypocrites and warning them of the punishment that awaited them unless they changed their ways.

Let us remember that loving the Lord means keeping his commandments as he told us to do and to seek the truth both in ourselves and in others in the light of the gospel.

Sin is a form of slavery, Jesus said, and it is the truth that makes us really and truly free.

An appeal to Charmaine Gauci 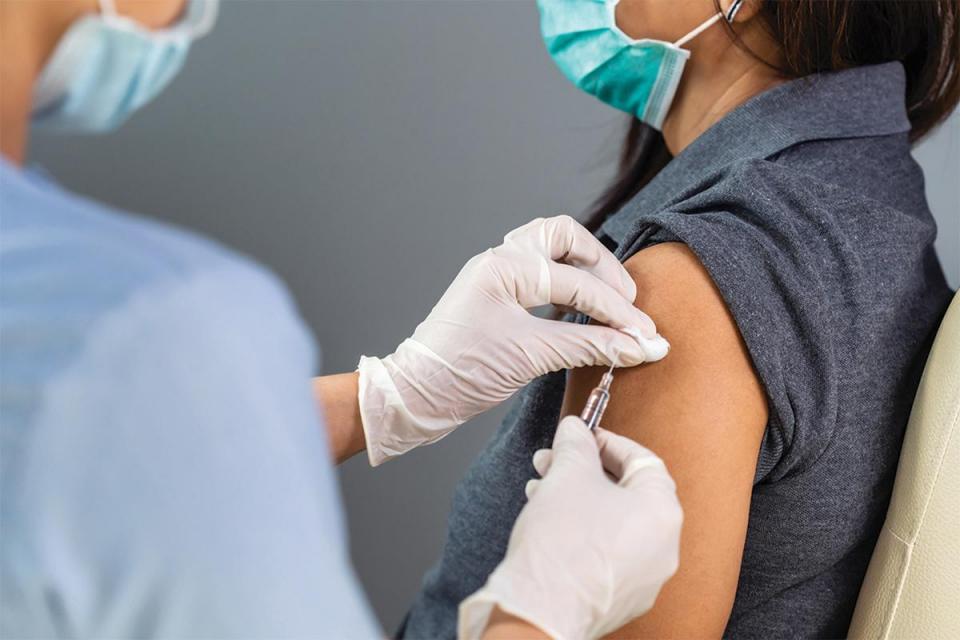 The decision whether to take the vaccine should remain a personal choice. Photo: Shutterstock.com

I would like to address this appeal to Charmaine Gauci, the Superintendent for Public Health.

I know that you are doing your best to protect Maltese citizens from COVID-19 but I kindly ask you, if possible, to revisit the very strict rule regarding mandatory quarantine for unvaccinated people when they return to Malta.

The reason I am asking is that I and many other people would be unable to work during that period and hence we would lose part of our pay. Is it possible for you to please consider the idea of a PCR test for such people when they return to Malta from abroad instead of quarantine?

My company has already asked me to take a PCR test every week and I understand this. At the same time they cannot cover the cost of my quarantine each time I return from abroad.

The decision whether to take the vaccine should remain a personal choice and cannot develop into a fight between those vaccinated and unvaccinated.

If the government really believes in the COVID vaccine, then it should have the courage to make this mandatory for everyone. Of course, it will have to assume the responsibility for any side effects of such a decision.

I kindly ask you, if possible, to therefore review your decision on mandatory quarantine.

Both my son and I have experienced problems while trying to obtain vaccination certificates. Unable to obtain them online, we were asked to submit further information, including photos of both sides of our ID cards, to a non-government entity. This leaves us wide open to identity theft. In my case, I had to threaten legal action before receiving mine. My son, after waiting five days to reapply, has been told to wait a further five days before trying again.

Is this simply utter incompetence on the part of Centrecom? Or is this a deliberate strategy of government to prevent people from travelling?

Uprising against the French

My compliments to Joseph Grima for a most interesting article on the 1798 uprising against the occupying forces of the French Republic (September 5).

Unfortunately, the portrait displayed in the article is not that of General Emanuele Vitale who led the uprising but that of Filippo Castagna, another Maltese officer who also distinguished himself in those momentous times.

Castagna took Gozo from the French with a handful of troops and delivered a stirring address to the Gozitans. He was appointed the last governor of Gozo on October 19, 1802, following Vitale’s death in office.  He was in post for 12 years and died in 1830.

Charles A. Gauci – Chief Herald of Arms of Malta, Sannat

I am 85 and editing the unpublished memoirs of my mentor, the great Russian pianist Alexander Borovsky. Borovsky performed often in Malta but I cannot readily find anything about his performances there.

Is it possible for someone to find out the years he performed solo recitals in Malta?  He loved Malta and speaks of his performances in his 1,000 pages of unpublished memoirs.

If anyone has any information can you scan it and send to me? My e-mail is: muspianojones@aol.com

William Jones – Waynesboro, Georgia, the US

Bernard Grech is a bridge builder

Bernard Grech’s vision for this country is one where unity in diversity prevails.  Grech’s determination, enthusiasm and competence are all positive factors and in an article in this newspaper (August 29) he asked all those who are hopeful to join him in this mission.

His focus is on the dignity of every human being. Therefore, his policies include effective reform programmes for prison inmates as well as addressing the problem of precarious work. He has also set up PN Greens to safeguard our environment.

Grech knows that arrogance has to be replaced by genuineness and this will help combat corruption. He is aware a PN government will have the task of restoring Malta’s reputation, getting it off the grey list, eradicating injustices and strengthening our institutions.

With increasing support from different sectors of society and age groups the PN can bring about the change the country so badly needs.

Grech is blessed with many virtues including patience.  He also is a communicator and bridge builder, which will serve him well as his political career progresses.

Lack of cleanliness in Mosta

I write for the umpteenth time to draw the attention of the Mosta local council – or whoever else is responsible – about the lack of cleanliness in our locality.

More of an effort is needed to keep Mosta clean. Mosta is not only the area known as Parish Square, which is normally spotless. People reside in the surrounding streets and they rightly deserve to have them regularly cleaned.

More information is needed – or better still, has to be repeated, as how to dispose of waste. Sometimes residents dispose of unneeded items in the wrong way. For example, a wooden bed has been lying a stone’s throw from the Mosta police station for over a week. It seems that its owner preferred leaving it there rather than disposing of it through the efficient bulky refuse service.

Furthermore, irresponsible dog owners let their pets litter the pavement without cleaning up afterwards. Other owners are getting into the bad habit of leaving the dirty plastic bag under parked cars.

And what about pigeons littering everywhere? Sometimes it is impossible to walk on the pavements not to mention being hit by their excretion as they fly past.