Frank Duff and the Carmelites

I refer to the article about Frank Duff (September 7) and was amazed that the author did not mention two things.

First that Duff is a member of the Third Order of Carmelites and second that he started the Legion of Mary with the support and prayers of Father Malachy Lynch O.Carm. When Duff asked Fr Lynch what to do, Fr Lynch proposed a novena to Our Lady of Mt Carmel. This happened in the Carmelite Convent in White Friars Street, Dublin.

This was stated by Duff himself when he was interviewed by Rev. Can John Borg.

The interview was published in a bulletin called L-Għotja, issued from the Carmelite Sanctuary Basilica Minor of Valletta.

This was also confirmed in the book Road to Holiness by Fr Redemptus Valabek, O.Carm and in the publication Carmel in the World.

Many years before, St Louis of Montfort also prayed in front of the statue of Our Lady of Mt Carmel in France.

Duff, apart from the rosary, in his handbook also mentions the devotion of the Brown Scapular.

A decade of ignoring cycling 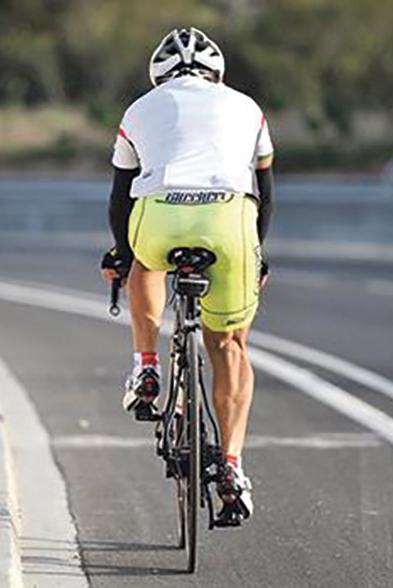 Ten years ago, commuting cyclists had started talking to Transport Malta about a suitable cycling policy. One proposal was the then Transport for London Notes as an easier option to the Dutch (CROWS) standards. Sadly, the kind of much-needed infrastructural changes like contraflows and bicycle racks (or even bicycle hangars for overnight parking) never appeared on our streets. Just look at your own street or locality. Do you know of a bicycle contraflow or even where your nearest bicycle rack is?

At the time, TM stated they would only act when sufficient numbers appeared, which, although rational, is the complete opposite to what other states did investing in such infra, which saw an explosion in bike use, a significant drop in car use, congestion and emissions. But they were ready for it.

Coupled with a critical car lobby, quick to point out the shortcomings of cycling, the effort, the hills, the odd day a year it rains etc… Malta suppressed cycling, to a rise consistent with population growth.

However, enter stage right the modern e-kick scooter, trumping all the car lobby’s criticisms, in the kind of overwhelming numbers Transport Malta spoke of but unprepared and with no cycling infrastructure. Those shared footpaths everywhere Infrastructure Malta keeps calling cycle lanes aren’t fooling anyone. Is our lack of planning, standards and policy to blame?

But the cherry on the cake is a brand-new electrification policy for electric-vehicle charging, overtaking the cycling policy. Now poor old Joe Public doesn’t know what’s worse: the impending doom of not being able to afford, own or charge an electric car or the scourge of e-kick scooters.

Is it a good time to mention that, recently, Oxford University noted that a humble bicycle is worth 10 electric cars?

Emily Barbaro Sant (September 2) has repeated what Herman Grech had said during his interview with Joseph Muscat, namely, that “many Labour supporters want Muscat to be ejected from the party”.

Grech had only mentioned just one, Desmond Zammit Marmarà. Barbaro Sant mentioned none!

I am convinced that, quite soon, all the Maltese who truly love our country and are proud to call themselves Maltese will show Barbaro Sant and her ilk that they are ashamed that we have among us fellow Maltese who are ashamed of their own country. And they will show this with their vote.