I read the stories of seven women from Malta, of different ages, who carried out an abortion over the last few years.

Many of them wished they could have found help when they discovered that they were pregnant. In fact, they found help from Break Taboo Malta that describe themselves as “pro-choice and non-judgmental” and proclaim openly that “abortion is normal”.

Normal? An abortion cannot ever be normal. The deliberate killing of a human being, however small, cannot be normal. Normally it is punished by long terms in prison everywhere.

Probably, to Break Taboo Malta, having unbridled sex is also “normal”. No wonder, with BTM’s help, the seven women all resorted to abortion to solve their immediate problem of an unwanted pregnancy when there are other more humane alternatives.

Break Taboo Malta published the seven stories to inform women in crisis pregnancies that they are there to help women terminate their pregnancies by abortion. No mention at all is made that abortions kill unborn babies for whatever reason. In effect, they are inciting women to kill their unwanted unborn babies, which is illegal, instead of giving them for adoption or fostering, to uphold the unborn babies’ right to life.

BTM have clearly swallowed the lie that unborn children do not exist.

We have just heard how the Supreme Court in the USA has just denied emergency appeals against a Texas law that bans abortions once medical professionals detect cardiac activity, usually around six weeks and before most women know they are pregnant.

Twelve other states in the US have enacted bans early in pregnancies.

In 2021, any pregnant woman in Malta and Gozo need not resort to abortion. There are other agencies that offer help during difficult pregnancies, not by resorting to abortion but by offering compassionate counselling and other material help throughout the whole pregnancy, and even after. 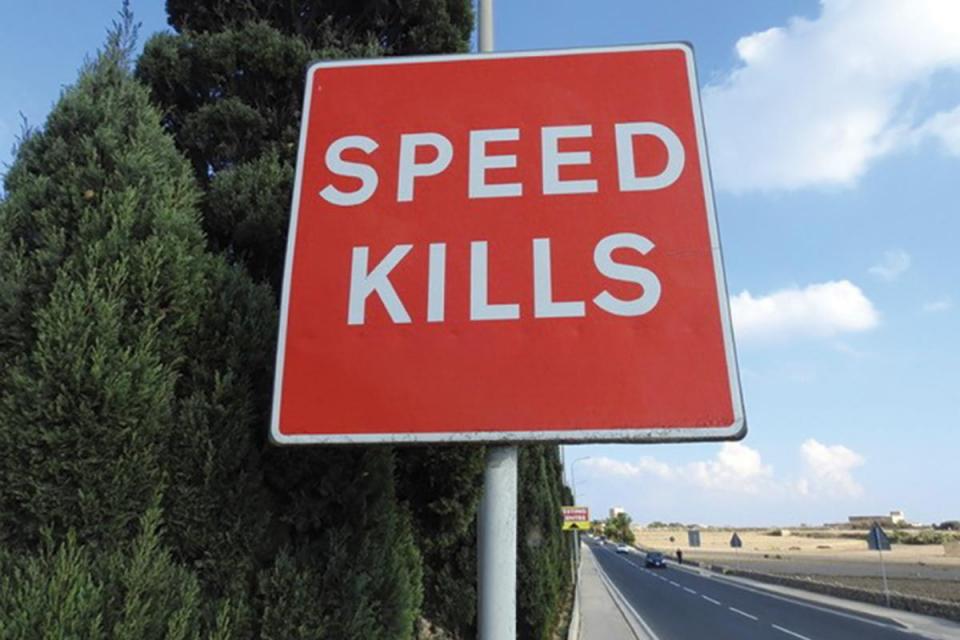 This sign is to be seen on roads all over the country.

It really is a misnomer since speed does not kill in isolation. Bad drivers are the killers at any speed.

A sacrilege to destroy villa

As I read in the Times of Malta a few days ago that some developer intends to demolish a lovely house with its beautiful huge garden full of orange trees and more in Manwel Dimech Street, Sliema , I cannot but implore Heritage Malta to do its best to stop them.

This house is very old, full of character, with a cellar that is like a cave. There is an eight-pointed cross engraved on an arch in one of the rooms. The garden is layered with steps going down to the gate which faces Viani Street. Demolishing this villa is a sacrilege. I know because I lived in it.

MSN recently featured a list of 30 prominent celebrities who have openly declared that they don’t believe in God.

Morgan Freeman said that “God was just a human invention”. Jodie Foster revealed “she never found reason or proof to make her believe in God”. Joaquin Phoenix said he did not believe in God nor in the concept of a soul.